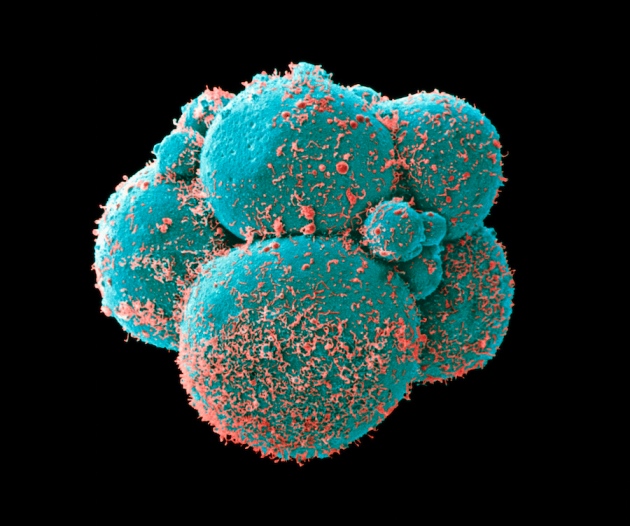 Research on human embryos has generated controversy in the past year.

The international society that represents stem-cell scientists has updated its research guidelines in the wake of dramatic progress in several fields — in particular in research that involves the manipulation of human embryos. The authors hope that the updated guidelines will allay various ethical concerns, and avoid the need for strict government regulations that could impede the progress of science.

“Self-regulation is the best form of regulation,” says Charles Murry, a member of the committee that updated the guidelines, and a bioengineer at the University of Washington in Seattle. “The biomedical community is best poised to strike the balance between rapid progress and safe, ethical research practice.”

The International Society for Stem Cell Research (ISSCR), which was founded in 2002, has previously released guidelines in 2006 and 2008 on embryonic-stem-cell research and on clinical translation of stem-cell research. The latest guidelines have broader scope, and cover all research on human embryos — including gene-editing of embryos, which has in the past year advanced significantly and generated much controversy.

The revised guidelines recommend that all research involving the manipulation of human embryos now undergo a similar review as experiments that use embryos to create stem-cell lines, which has been one of the most divisive research procedures of recent decades. They suggest that such research be added to the remit of existing embryonic stem cell research oversight (ESCRO) committees.

Scientists previously balked at the introduction of ESCRO committees, and there is likely to be resistance to the idea of adding bureaucratic review to other research areas. “No scientist or physician jumps for joy when new regulations are put in place,” says Murry. But he says that the updates are necessary to avoid  “a wild-west environment where sensitive research is done without proper regard for community standards”.

At the same time, the new guidelines attempt to clear the way for more research using induced pluripotent stem (iPS) cells, which, like embryonic stem cells, are able to turn into all cell types in the human body but are not taken from embryos. The authors recommend explicitly excluding the generation of iPS cells from regulations on embryonic stem cell research and relying instead on the existing oversight for donor cell recruitment. Some institutions have been confused about how to classify iPS cells, says George Daley, a stem-cell scientist at the Boston Children's Hospital in Massachusetts and one of the authors of the new guidelines.

Also included in the guidelines is a call for continued observance of a moratorium on growing human embryos in vitro beyond 14 days — a somewhat arbitrary limit that has become the global standard. Two papers published on 4 May reported experiments that showed that it would soon be possible to breach the limit, sparking debate about whether the rule should be reconsidered.

“The ISSCR deserves credit for bringing up and discussing these important issues,” says stem-cell biologist Ali Brivanlou of the Rockefeller University in New York City, who is a lead author on one of the embryo papers. But he adds that further discussion of the issues is needed.  “We need to get together the positives and negatives of moving forward,” he says.

The authors also take the opportunity to reinforce a warning that the ISSCR has long made — that researchers shouldn't overstate the clinical implications of stem-cell experiments. Hype surrounding such experiments has enabled a worldwide market for unproven, and often ineffective or dangerous, stem-cell therapies, which has been difficult to regulate. “We take a swipe at hyperbole in scientific communication, essentially asking researchers to ‘take it down a notch’ when they speak about the implications of their work,” says Murry.