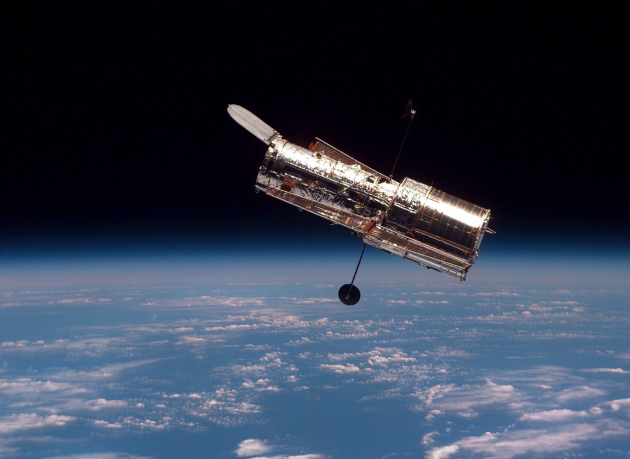 For an astronomer, winning precious observation time on the Hubble Space Telescope (HST) for your study is a big deal — more than three-quarters of proposals are rejected. It turns out, however, that this honour is a bit easier for men to achieve than women. An internal Hubble study1 found that in each of the past 11 observation proposal cycles, applications led by male principal investigators had a higher success rate than those led by women.

“It’s fascinating and disturbing,” says Yale University astronomer Meg Urry, who formerly led the Hubble proposal review committee for several years and admitted to frustration that some of the results occurred during her tenure. “I made a lot of efforts to have women on the review committees, and during the review I spent time listening to the deliberations of each panel. I never heard anything that struck me as discrimination — and my antennae are definitely tuned for such things — so it’s clear the bias is very subtle, and that both men and women are biased.”

The Space Telescope Science Institute (STScI) in Baltimore, Maryland, runs the HST program and began the study about two years ago. After manually reviewing all proposals and categorizing them by gender the researchers found that men’s applications fared better than women’s in every cycle they examined. The results will be published in an upcoming issue of Publications of the Astronomical Society of the Pacific.

The effect is small — it translates to about four or five fewer proposals from women being selected each cycle than one might expect based on how many were submitted. “You can kind of explain it away as just sampling statistics in any given cycle, but it happens every year,” says Neill Reid, an STScI astronomer who oversees time allocation for Hubble. “It is a systematic effect.” The effect is stronger for older principal investigators (PIs); among recent graduates, the success rates for men and women are closer to equal. “I could speculate whether the proposals are being written in a different way or whether the younger astronomers are more visible because they’re giving more talks. Maybe it has something to do with the institutions they’re at,” Reid offers. Because the Hubble scientists have no information about the cause of the gender imbalance, they plan to analyse their data for contributing factors and consult social scientists who research bias about the best strategies to combat the trend.

Already STScI has implemented some changes to try to level the playing field for men and women. The scientists who oversee proposal evaluation now tell reviewers before each cycle that this systematic effect exists, and that they believe unconscious bias might contribute to it. “Sometimes people talk about the proposer rather than the proposal,” Reid says. “We ask them to focus on the science.” The proposal format has also changed. Whereas the PI’s name used to be in large type on the first page, they are now included among the rest of the team on page 2, and only first initials are used.

Thus far, these steps have not reversed the trend, however: women fared no better in the latest proposal-review cycle than they had before. “I know STScI has tried very hard to minimize the effects of unconscious bias,” Urry remarks. “The only thing left is to do blind reviews, removing the names of the proposers altogether. But this is very difficult because the panels are supposed to evaluate the ability of the team to deliver what they propose. I am not sure what the answer is.” A further complication is that the astronomy field is small, and reviewers may be able to guess the identities of proposers even if names are minimized or removed. Nevertheless, taking steps to make review processes as anonymous as possible has been shown to reduce bias in other scientific settings.

Susan Benecchi, an astronomer at the Planetary Science Institute in Tucson, Arizona, won observing time on Hubble during the latest round of applications and previously served on a review panel. She said she’s never been aware of any bias in the process. “Except for the fact that PI names are on the proposal, it's really not about the PI or team or anything other than: do we think they can get the result they are after and is that science interesting, timely and uniquely requiring of HST?”

Ultimately, allocating time on Hubble is a subjective and human process, and therefore open to biases. It may be unsurprising, then, that signs of gender discrimination show up, as they do in many sectors of society. Indeed, preliminary studies at several other US observatories, such as Kitt Peak National Observatory and Cerro Tololo Inter-American Observatory, appear to show the same gender disparity in proposal success. “This is a community issue not an HST issue,” Reid observes. One positive development, the STScI team found, is that more and more women are applying for Hubble time. In the most recent cycles women have contributed close to 25% of all proposals, with the latest round featuring a greater ratio of female-led petitions than ever before. The scientists hope that this trend, at least, is one that continues.