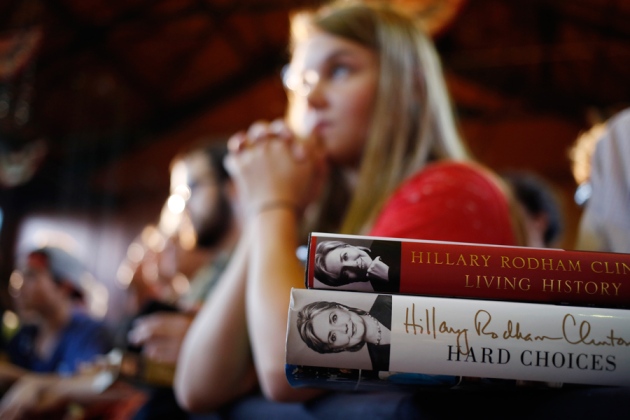 Mark Twain said an ideal life was good friends, good books and a sleepy conscience. But what if those good friends all read the same good books? And share the same dozy reluctance to examine their motives and values? That sounds far from ideal: it sounds instead like a group of people who would reinforce each other’s prejudices, resist external challenges and increasingly see the world as they want it to be, rather than how it is. It sounds, in other words, like the instructions for building an echo chamber — a social phenomenon that is increasingly common in online communication, in which connected people prioritize shared ideology and politics over facts and evidence.

Twain’s own ideology and politics have proved notoriously difficult to pin down. He is regularly claimed as a hero and figurehead by both liberals and conservatives, which makes him unusual — because, as an analysis shows this week (F. Shi et al. Nature Hum. Behav. 1, 0079; 2017), common ground between the two positions seems increasingly scarce.

If you live in the United States and buy books online, then this analysis could be about you. Especially if you bought Barack Obama’s Dreams from My Father (Times, 1995) or Mitt Romney’s No Apology (St Martin’s, 2010) from Amazon or Barnes and Noble. If you did, then you may have been labelled as a liberal or conservative, your other book purchases may have been checked, sifted and classified, and the results could be buried in the massive data set described in Nature Human Behaviour. (Don’t worry if you did — the results are anonymous.)

Taking advantage of the ‘customers who bought this item also bought’ feature of online commerce, the researchers constructed a co-purchase network of political books and science books. And they found a clear division, which they label “partisan differences in the consumption of science”.

Both groups bought science books — more than 400,000 between them. But it was relatively unusual to find books that appealed to both liberals and conservatives. Members of each group — and their good friends — had different ideas about what made a good book. Buyers of “blue books” (the liberals) tended to pick from basic science topics, including physics, astronomy and zoology. “Red” customers preferred books that discussed applied and commercial science, such as medicine, criminology and geophysics. And whereas liberal choices tended to reflect mainstream thinking, “red books” tended to be co-purchased with a narrower subset of science books on the fringes of each subject.

“Choice of reading material is judged by some as denoting an alert or sleepy conscience.”

It’s not just purchases of science books that can be analysed in this way. The researchers have a website (lifestyle-politics.com) on which they use information from Twitter followers of politicians to build similar profiles of how liberals or conservatives tend to group around certain com­edians, actors, makes of car, airlines and other everyday preferences. Sport, for example, sees liberals associate with brands that are connected to outdoor adventurous pursuits such as hiking and mountaineering, whereas the conservative right is more at home with companies that make golf clubs.

The results might seem obvious, but such studies come with a couple of major advantages. The first is the massive quantity of available online data, which — subject to proper safeguards — offers rich potential for social scientists and others. The second, as the researchers point out, is that the data on tastes, preferences and behaviour are probably more useful and reliable than surveys: “Surveys measure what researchers think is important, not what respondents care about.” And with people’s choices of reading material still judged by some as denoting an alert or sleepy conscience, surveys are vulnerable to people being reluctant to reveal tastes that could be considered politically incorrect. Books purchased online, as the study points out, come “cloaked in cardboard”. Social groups, especially on the Internet, are going the same way — and discovering a way to peek inside and find common ground is a defining challenge of the age.