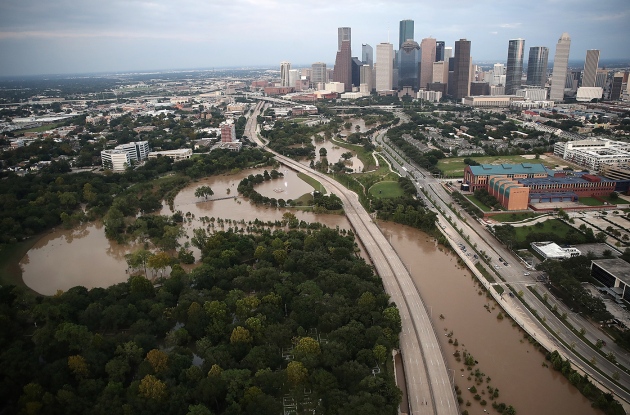 Now that the rains have cleared over downtown Houston, the long road to recovery can begin.

Hurricane Harvey swept ashore on 25 August and dumped record-breaking amounts of rain on Houston, Texas, over the next several days. As the storm begins to dissipate, scientists in its wake are starting to take stock of the personal and professional toll.

Many institutions in Houston were relatively well prepared for Harvey, having put precautions in place after suffering major losses when Tropical Storm Allison flooded the city in 2001. Facilities in other parts of the state have not been so lucky, but researchers hit by Harvey — now downgraded to a tropical depression — are not being left to fend for themselves. As of 31 August, roughly 200 scientific laboratories across the country have offered computer time, lab space, animal care and spare rooms to researchers displaced by the storm, using the hashtag #SciHelpTX on Twitter.

When Harvey made landfall as a category 4 hurricane, it hit facilities at the University of Texas at Austin Marine Science Institute in Port Aransas particularly hard, ripping the roof off Brett Baker’s microbial-ecology lab. Baker says that one of his graduate students has already arranged to transfer to a lab at the University of California, Berkeley, and a postdoc is heading to Uppsala University in Sweden. “Our institute is on a barrier island,” Baker says, and it took a direct hit from the storm. Baker spent some time crying, he adds, but is now so busy with logistics that he hasn't fully processed his feelings.

Most of the biomedical-research facilities in Houston, including those at Rice University, MD Anderson Cancer Center and the University of Texas Health Science Center, had installed special doors and floodgates to hold back storm waters after Allison. Those precautions saved equipment and animals, says Anirban Maitra, a pathologist at MD Anderson. “I think they prevented a mega-catastrophe,” he adds.

Baylor College of Medicine lost 60,000 breast-cancer specimens in the 2001 storm. But the lessons that it learnt have paid off, says spokesperson Lori Williams. “We built a wall around the entire campus,” she says. “We’ve had no animals lost, no research lost.”

The University of Houston (UH), by contrast, does not have special flood infrastructure. So the institution has been dealing with flooded basement labs, and has struggled to keep animals dry and fed. Forty baby rhesus monkeys had their formula milk rationed, says Amr Elnashai, vice-president for research and technology transfer at UH. A few had to be weaned a week early. Supplies of liquid nitrogen and helium are also running low, endangering frozen samples if they cannot be restocked soon. “If the worst is over, then we are fine,” says Elnashai. “If there is another hit, then we are in deep trouble.”

Meanwhile, staff at the Johnson Space Center in Houston are camping out at mission control to keep the International Space Station and the James Webb Space Telescope (JWST) programmes going. “I came in for a shift Friday night and I’ve been here ever since,” says flight director Courtenay McMillan. Staff have been sleeping on makeshift beds and air mattresses, and subsisting on provisions provided by co-workers and friends. “We have not run out of coffee, which is the most important thing,” McMillan adds.

The JWST was in the middle of a 100-day test in a thermal vacuum chamber when Harvey struck, but is unharmed. And a Soyuz capsule landing scheduled for this weekend in Kazakhstan — which the space centre will help to coordinate — will go ahead with only minor modifications to the plan, says McMillan.

Although many institutions have fared relatively well despite the storm’s ferocity, researchers and staff are still dealing with personal losses. Officials estimate that at least 38 people have died as a result of the storm. Maitra says that one administrator on his team has been evacuated to a hotel. “She had to leave in a hurry with her kids in the middle of the night. They were stuck on the third floor of her complex for three days. It is just heartbreaking.”

Louise Prockter, director of the Lunar Planetary Institute in Houston, was travelling when Harvey swept into town. She has been trying to support her staff remotely from Washington DC. “Some of our staff have lost all their property,” she says. “It is a mess. For some people, normal is a long, long way off.”