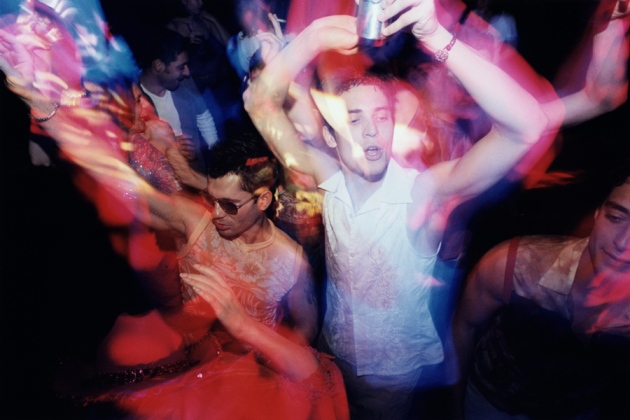 The party drug ketamine can relieve depression in hours.

The popular club drug ketamine — or 'Special K' — is also a fast-acting antidepressant, but how it works has eluded scientists. Now a team reports in Nature1 that the mood-lifting effect may not be caused by the drug itself, but by one of the products formed when the body breaks the drug down into smaller molecules.

If the findings, from a study in mice, hold true in humans, they could suggest a way to provide quick relief for people with depression — without patients having to experience ketamine’s ‘high’. Such a drug would be welcome news to the many people with major depressive disorder who do not find relief in currently available antidepressants. Ketamine also eases depression in a matter of hours, whereas other drugs take weeks to reach their full effect.

“The whole field has become interested in ketamine,” says Todd Gould, a neuroscientist at the University of Maryland School of Medicine in Baltimore who led the study. “It does something different in patients than any other drug we have available.”

But ketamine has its drawbacks: some people are turned off by the high — a feeling of dissociation and sensory distortion that lasts for about an hour. For others, the effect is an incentive to misuse the drug. Ketamine is not yet approved to treat depression in the United States, but ketamine clinics have sprung up around the country to administer it off-label.

Researchers have been racing to find other drugs that produce ketamine’s antidepressant effects without the high, but have been struggling to do so without a clear idea of how ketamine fights depression. Many of those efforts have focused on drugs that target cellular receptors in the brain called NMDA receptors. These were thought to be ketamine’s target, but clinical trials of other drugs that target them have largely yielded disappointing effects on depression, says Gould.

“Ketamine probably represents a new chapter in the treatment of depression,” says Roberto Malinow, a neuroscientist at the University of California, San Diego. “But there have been some big questions regarding how it works.”

Gould teamed up with clinicians, analytical chemists, and neurophysiologists to fill in the gaps in understanding. Gould and his colleagues used a battery of behavioural tests in mice to show that one of ketamine's breakdown products — a compound called (2R,6R)-hydroxynorketamine — is responsible for much of the drug’s antidepressant effects.

And to Gould’s surprise, the metabolite did not cause side effects in the mice even at doses nearly 40 times higher than the antidepressant dose of ketamine. The mice also did not tend to press a lever to receive the metabolite when given the option to self-administer it.

The researchers plan to gather the safety data needed to take the metabolite into clinical testing in humans, a process that Gould cautions could still take years.

But Husseini Manji, head of neuroscience research and development at Janssen Pharmaceutical Companies in Titusville, New Jersey, cautions against assuming that results in mice will bear out in humans.  “We have to keep reminding ourselves that clinical data trump rodent data,” he says. Janssen has developed a specific form of ketamine, called esketamine, that it is testing in five large clinical trials.

Gould’s study in mice held another surprise: the metabolite that is active in mice did not act through NMDA receptors. The group did not find its direct target, but did find evidence that it stimulates another set of receptors called AMPA receptors. If the same result holds true in humans, it could provide an explanation for why drugs that target NMDA receptors have failed to capture ketamine’s full effects. “This could shake the windows and rattle the walls of those companies that have been putting a lot of money into this research,” says Malinow.

Manji, who describes the study as elegant, is not ready to give up on NMDA receptors until the results have been borne out in human studies. But he is among the researchers who believe that AMPA receptors may be important as well. Janssen and others have been pursing those receptors and proteins associated with them as potential drug targets. “This paper gives us even more impetus to go after them,” says Manji.