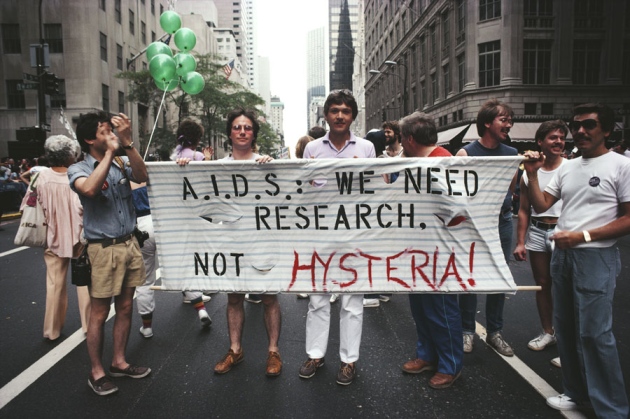 Participants in a 1983 Gay Pride parade in New York City protest against panic over AIDS.

In 1982, sociologist William Darrow and his colleagues at the US Centers for Disease Control and Prevention (CDC) travelled from Georgia to California to investigate an explosion in cases of Kaposi’s sarcoma, a type of skin cancer, among gay men. Darrow suspected that the cancer-causing agent — later shown to be a complication of HIV infection — was sexually transmitted, but lacked proof. His breakthrough came one day in April when three men from three different counties told Darrow that they had had sex with the same person: a French Canadian airline steward named Gaétan Dugas.

CDC researchers tracked down Dugas in New York City, where he was being treated for Kaposi’s sarcoma. With his cooperation, the scientists definitively linked HIV and sexual activity1. They referred to Dugas as 'Patient Zero' in their study, and because of a misunderstanding by journalists and the public, the flight attendant became known as the person who brought HIV to the United States. Dugas and his family were vilified for years2.

But an analysis of HIV using decades-old blood serum samples exonerates the French Canadian, who died in 1984. The paper3, published on 26 October in Nature, shows that the virus had been circulating in North America since at least 1970, and that the disease arrived on the continent through the Caribbean from Africa.

Richard McKay, a historian at the University of Cambridge, UK, and study co-author, says that scientists have always questioned the idea of a single Patient Zero, because some evidence suggested that the virus entered North America several times.

A team led by McKay and evolutionary biologist Michael Worobey at the University of Arizona in Tucson wanted a clearer picture of HIV’s arrival. So the team collected more than 2,000 serum samples that health clinics had collected from gay men in 1978 and 1979 while testing for hepatitis B. The researchers found enough genetic traces of HIV that they could sequence in three samples from San Francisco and five from New York City.

When scientists examined those genetic sequences in detail, they found them to be similar to HIV strains present in the Caribbean, particularly Haiti, in the early 1970s. However, the strains were different from one another, suggesting the virus had already been circulating and mutating in San Francisco and New York City since about 1970. 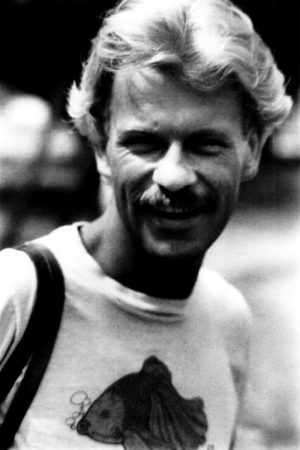 Furthermore, Worobey’s analysis of Dugas’ own blood showed that the HIV strain that killed him didn’t match the others. “There's just no indication that he was anything other than one of many people who were already infected before the disease was noticed,” Worobey says.

The latest study shows how easy it is to jump to conclusions about a virus that does not immediately cause disease, says Beatrice Hahn, a microbiologist at the University of Pennsylvania in Philadelphia. Researchers in the 1980s had not yet discovered HIV’s long incubation period: it can stay in the body for ten years on average before making a person ill. The many symptoms associated with AIDS also made it difficult to diagnose.

“The history of diseases has always been, in part, that someone needs to be blamed,” says Anthony Fauci, director of the National Institute for Allergy and Infectious Disease in Bethesda, Maryland. In the 1980s, it was particularly easy for the public to direct their anger toward a 'promiscuous' gay man.

Dugas was key to researchers’ efforts to understand HIV, and “there is something more than a little wrong with what has happened in terms of the popular imagination”, Worobey says. Randy Shilts' 1987 book, And the Band Played On, which suggested that the flight attendant deliberately spread the disease, was particularly damning.

Dugas did still spread the disease, says a physician who treated him for Kaposi's sarcoma. He continued to have unprotected sex until he was too ill, citing the lack of hard evidence that he could spread the ”gay cancer”, says Friedman-Kien.

When HIV arrived in North America

Many gay men at the time resisted the idea that unprotected sex spread HIV, says the dermatologist. “It was a very difficult thing — because they had fought so much for sexual freedom and for recognition and acceptance — to be told that every gay man is potentially a carrier of this terrible disease.”

The study is a lesson in how scientifically and ethically difficult it can be to identify a 'patient zero', says McKay. Dugas’ story emphasizes that HIV was “not just a retrovirus undergoing change in some timeless void”, he adds. The quest for scientific understanding of the disease had a very real impact on the man and his family.

The story originally said that Dugas was unlikely to be sexually active as a teenager, and attributed this to McKay. In fact, McKay did not say this. The story has been changed to reflect this.