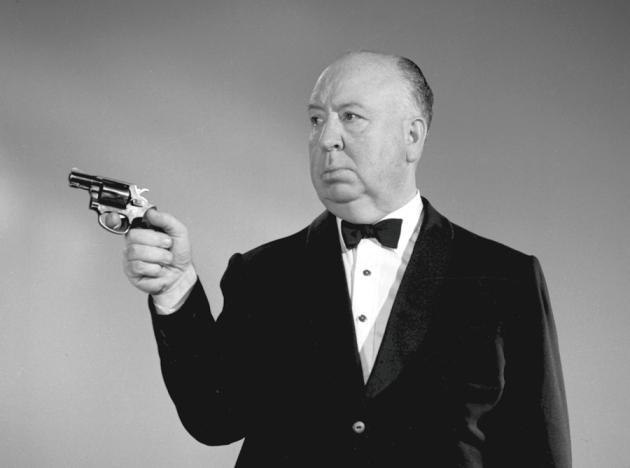 A dozen volunteers watched Alfred Hitchcock for science while lying motionless in a magnetic-resonance scanner. Another participant, a man who has lived in a vegetative state for 16 years, showed brain activity remarkably similar to that of the healthy volunteers — suggesting that plot structure had an impact on him. The study is published in this week's Proceedings of the National Academy of Sciences1.

The film, an 1961 episode of the TV show Alfred Hitchcock Presents that had been condensed down to 8 minutes, is a study in suspense. In it, a 5-year-old totes a partially loaded revolver — which she thinks is a toy — around her suburban neighbourhood, shouting “bang” each time she aims at someone and squeezes the trigger.

While the study participants watched the film, researchers monitored their brain activity by functional magnetic resonance imaging (fMRI). All 12 healthy participants showed similar patterns of activity, particularly in parts of the brain that have been linked to higher cognition (frontal and parietal regions) as well as in regions involved in processing sensory information (auditory and visual cortices).

“It was actually indistinguishable from a healthy participant watching the movie,” says Adrian Owen, a neuroscientist at the University of Western Ontario in London, Canada (see: 'Neuroscience: The mind reader').

The study “provides the best evidence to date that fMRI can be used to identify consciousness in vegetative patients,” says Russell Poldrack, a cognitive neuroscientist at Stanford University in California who was not involved in the research.

Owen shot to fame in 2006 after he reported conscious brain activity in a 23-year-old woman in a vegetative state2. Although the woman lay unresponsive, when the researchers asked her to imagine playing tennis while she was in an fMRI machine, motor areas of her brain lit up in much the same way they do in healthy people. Using similar tests, the team has detected patterns of seemingly conscious brain activity in up to one in five people thought to be brain-dead.

“But we suspect that number might be even higher,” says neuroscientist Lorina Naci, a postdoctoral researcher in Owen’s lab who co-led the new study. In previous efforts to detect brain activity in behaviourally nonresponsive persons, participants have received very specific instructions about what to think about, when. But their attention may wander while they're lying in the scanner. Naci and her colleagues thought that showing them movies would make the test simpler. “It is a stimulus that engages attention naturally, and it’s impossible not to follow — especially when you have an engaging movie from a masterful director like Hitchcock,” she says.

Studies from other researchers have reported patterns of neural activity across the brains of healthy people watching films such as the Hitchcock episode or Sergio Leone’s 1966 western The Good, the Bad and the Ugly3. Owen and Naci looked specifically for neural signals of concentrated thought.

“The reason Alfred Hitchcock is such a great movie-maker in this context is that his movies are filled with layers of inference and deduction, and he uses a lot of foreshadowing,” Owen says. “All those things require executive processing. Those aren’t things that go on unconsciously.” For instance, when the child in the film is about to fire the revolver at her mother, viewers think about how many bullets she loaded in the chamber in a previous scene.

These findings do not mean that the study participants were all having identical thoughts while watching the film, says Naci, only that some aspects of experiences were similar. “The first two times I watched the film, I was on the edge of my seat. This is what we think is happening with the patient. We think he is understanding it and following it.”

“I would think of activity in these systems more as a marker of a particular aspect of conscious experience,” rather than of consciousness, says Poldrack, who has in the past warned against over-interpretation of fMRI data. “The results look very solid to me, about as solid as one could hope for a case study,” he says. In the future, he would like to see results from more people in non-responsive states, and proof that specific features of the film, such as foreshadowing, relate to brain activity patterns that are similar in healthy people and those in vegetative states.

Owen says that the team has scanned many other people as they watched films, including many in vegetative states, and he hopes that other clinicians can adopt the method. Moreover, he says, his discovery could help to improve the lives of patients who are unable to express their wishes.

Ever since the 34-year-old man lost consciousness at age 18 after being assaulted, his father has taken him to the cinema every Wednesday. “The fact that we can say he is enjoying these movies he can understand these movies says something about his quality of life,” Owen says. “There are a lot of Wednesdays in 16 years.”