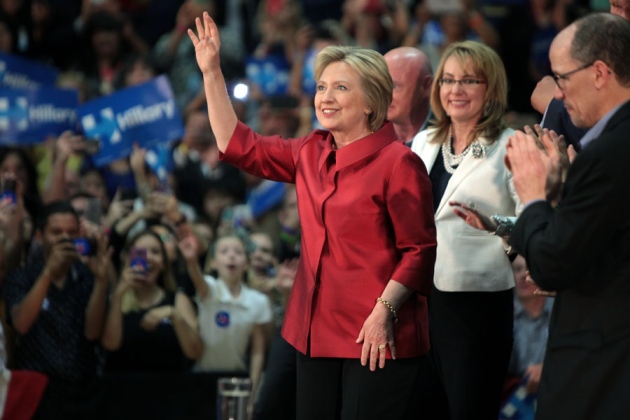 In March 2011, this publication suggested that the US Congress seemed lost in the “intellectual wilderness”. The Republicans had taken over the House of Representatives, and one of the early acts of the chamber’s science committee was to approve legislation that denied the threat of climate change. As it turns out, this was just one tiny piece of a broader populist movement that was poised to transform the US political scene. Judging by the current presidential campaign, when it comes to reason, decency and use of evidence, much of the country’s political system seems to have lost its way.

“The schism in US society runs deep, and will not be healed by one election.”

Is there anything left to say about the unsuitability of Donald Trump as a presidential candidate? Even senior figures of his own party have disowned him. The latest revelations about his sordid attitude and behaviour towards women only confirm what was obvious to many from the very beginning: Trump is a demagogue not fit for high office, or for the responsibilities that come with it.

The scientists who support Donald Trump

Will the centre hold? Will the United States elect its first female president, Hillary Clinton? It should do. And not just because she is not Donald Trump. Clinton is a quintessential politician — and a good one at that. She has shown tremendous understanding of complex issues directly relevant to Nature’s readers, and has engaged with scientists and academics. Take health: as first lady, she led attempts to expand health care in the early years of her husband Bill Clinton’s presidency. She supported the Children’s Health Insurance Program, which reaches millions of poor children. She championed women’s rights, and as secretary of state made global health a priority through the Global Health Initiative, a framework to coordinate various US programmes. Clinton may not have the outsider appeal of a newcomer. But few politicians with her degree of experience and pragmatism do. She is arguably the best-qualified presidential candidate for two decades.

Nonetheless, the schism in US society runs deep, and will not be healed by one election. The situation is most acute for the Republican Party, which faces an existential moment. Nobody knows what Trump’s followers will do next. America is fertile territory for conspiracy theories, and Trump is fanning the flames with allegations that the election is rigged. But his rebuke extends to the entire political system, which can be fairly accused of promoting decades of policies that put wealthy power brokers first. Cynicism is palpable on both sides of the spectrum, and the political machine built by Clinton and her coterie of advisers is ill-suited to salve these wounds.

Trump is the product of a social phenomenon that cannot be ignored. He has tapped into a much larger undercurrent of legitimate anger that is fuelling political upheaval in many countries. The Netherlands has Geert Wilders. Hungary has Viktor Orbán. France has Marine Le Pen, a more politically astute version of her father, Jean-Marie. The xenophobic and populist message spouted by such politicians is ages old and has secured the rise of countless tyrants throughout history. Most recently, hostility towards immigrants contributed to the United Kingdom’s decision to leave the European Union.

This hostility is rooted in anxiety: about cultural disruption, job and financial security and a sense that political systems are being exploited and run for the benefit of somebody else. It’s true that, for decades, Western leaders have promoted free trade and globalization as an end goal, and businesses have gradually shifted their resources around the world to gain efficiencies and bolster profits. In parallel, the rise of mechanization and robotics has reduced the need for people working in factories and on farms. As a result, millions have lost jobs in industrialized countries. And all the time, billions in the developing world continue to struggle in poverty, often rocked by political instability and outright war.

Whatever the cause, extreme and visible inequality is a recipe for widespread political instability, and that is in nobody’s interest — including that of the global elite. This is a central challenge for politicians today, and researchers must play their part. Many people have benefited from globalization and modern technology, and not just the rich. But too many have lost out. Unquestionably, it is time to reassess national and global economic policies with an eye towards equity and fairness This does not mean closing borders, raising protective tariffs and putting a damper on technological development. But, clearly, politicians around the world need more and better information about how current economic policies affect people, both at home and abroad. They also need solutions.

Such questions are particularly salient when it comes to climate policy — which helps to explain why global warming is one of the few scientific issues to receive any attention at all in the US election. Clean energy represents an enormous economic opportunity, but it also poses a threat to entrenched economic interests and, in many cases, jobs.

The power of prediction markets

Clinton has proposed a US$30-billion plan to help communities that depend on coal to make the transition to a clean-energy economy. That won’t be easy, but it’s the right idea. Trump has promised to focus on fossil-fuel development and to pull out of the Paris climate treaty. Sadly, this is one issue on which his views align with Republican orthodoxy.

Indeed, the party’s official 2016 platform writes off the Inter­governmental Panel on Climate Change as a “political mechanism”, and says the modern environmental agenda is based on “shoddy science” and “scare tactics”. And as discussed in a News story this week, the House ‘science’ panel has become little more than a partisan attack dog.

Although both parties have become more extreme over the past two decades, conservatives have turned their backs on mainstream science to an unprecedented degree. If there is any good news, it’s that everybody now recognizes that the Republican Party has a problem. A new generation of conservative leaders will need to set a fresh course. In the meantime, Clinton must take the reins.