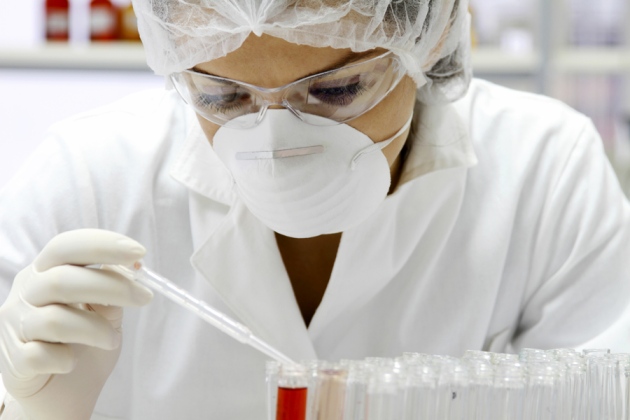 The overall number of women earning PhDs in the United States has grown, but the gender ratio of researchers varies widely among fields.

Why do some disciplines have more male researchers than female ones? The differences can’t be chalked up to mere quirks: in some fields, notably mathematics and science, women face barriers that do not seem to limit men in the same way.

A study published on 16 January in Science1 suggests that one hurdle may stem from popular opinion. Women — at least in the United States — are less likely to pursue fields in which success is thought to arise primarily from raw aptitude, rather than hard work.

“Pervasive cultural associations link men, but not women, with raw intellectual brilliance,” says Sarah-Jane Leslie, a philosopher at Princeton University in New Jersey and a co-author of the study. The more researchers associate innate talent with success in their discipline, the more likely women PhDs will be under-represented in that field, her analysis concludes.

The relationship holds true for the humanities as well as for mathematics and the sciences. Philosophers, musicians and mathematicians believed most highly in the importance of talent and had the smallest ratio of female doctorates; Educators, psychologists and neuroscientists, who emphasized innate ability least, had the highest.

Leslie and her colleagues compared PhDs earned in the United States in 2011 with results from a survey of 1,820 faculty members, postdoctoral fellows and graduate students mainly from nine US universities. Other hypotheses they tested — that the number of working hours, selectivity, or emphasis on abstract versus empathetic thinking for a given field affect how many men and women it attracts — could not predict the gender ratio of PhD recipients.

However, the study methods had limitations. For example, researchers determined the intellectual demands, or ”selectivity” of a field, in part by examining scores from the Graduate Record Exam. But this test may measure characteristics other than ability.

The authors admit that theirs is not the only explanation for why some fields have fewer female doctorates. But they posit that, to attract more women, academics should refrain from lauding giftedness over industriousness. “If we can adjust these attitudes, we are confident that this will lead to an increased diversity across the whole range of academic disciplines,” Leslie says.

This is a provocative but tricky verdict. “The authors have done a careful analysis with what they have gathered,” says Giles Hooker, a statistician at Cornell University in Ithaca, New York. “But you have to be careful when you have few data points.” Initially, the researchers sent out 28,210 surveys, but just 1,820 — or 6.5% — of people contacted returned completed responses deemed usable for the study. Furthermore, the schools surveyed were not randomly chosen; rather, “they represent institutions that we felt epitomized ones producing the bulk of American researchers”, says Andrei Cimpian, a psychologist at the University of Illinois at Urbana-Champaign and one of the study’s co-authors.

Abstract reasoning skills or empathetic insight could also overlap with the perception of having natural talent for a subject. In other words, “the findings may be revealing the idiosyncratic interpretations of ‘talent’ respondents had, but not telling us whether there might be different ways of asking questions within a discipline that might influence participation by gender,” says Cassidy Sugimoto, an information scientist at the Indiana University School of Informatics and Computing in Bloomington.

Despite the gender disparities in PhDs conferred for particular fields, women have made substantial gains in academia overall in the past few decades. In 2010, women earned 40% of all doctorates, compared with just 11% in 1970. And women receive half of all maths and science doctorates granted in the United States.

Retaining and promoting women in academic research, however, has not improved on a par with this advance. Even in countries with greater gender parity in research, the proportion of women in top academic posts is low given the number of female doctorate holders.

Although the new study shows “compelling and thought-provoking results for questions that should be asked”, says Sugimoto, “it doesn’t help us figure out how to retain women researchers who do overcome hidden biases.” After all, German Chancellor Angela Merkel is better known as a politician than as a physicist.