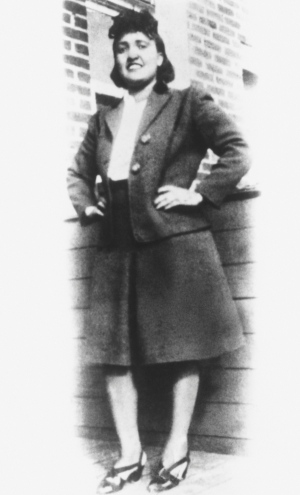 The descendants of Henrietta Lacks have objected to the publication of her tumour cells' genome.

When Lars Steinmetz and his team published the genome of the world’s most famous human cell line earlier this month1, they did not imagine that the work would become a bioethical lightning rod. He and his group at the European Molecular Biology Laboratory in Heidelberg, Germany, saw the HeLa cell genome as a helpful resource for their work examining how gene variants influence basic biological functions, and for the countless other scientists studying the same cell line.

But the descendants of Henrietta Lacks — whose cervical tumour gave rise to HeLa cells — saw otherwise, as did other scientists and bioethicists. They have criticized the decision to publish the sequence, noting that the HeLa cell line was established without Lacks’s consent (around the time she died in 1951) and that aspects of what Steinmetz and his team have published may disclose genetic traits borne by surviving family members.

In response, Steinmetz and his team pulled the genomic data from public databases. “We were surprised, we did not expect this to happen at all,” Steinmetz says. “We wanted to respect the wishes of the family, and we didn’t intend to cause them any anxiety by the publication of our research.”

Scientists and bioethicists say that this fast-moving debate has opened up a morass of unresolved bioethical issues surrounding HeLa cells as well as genetic privacy and the use of archival tissue samples in genomic studies.

“My hope is that the major outcome of this is that it’s going to force a top-to-bottom re-think” in how genetic data are handled, says John Stamatoyannopoulos, a genomics researcher at the University of Washington in Seattle (UW).

In many ways, HeLa cells pose a unique dilemma, says Ellen Wright Clayton, a bioethicist and lawyer at Vanderbilt University in Nashville, Tennessee. The donors of most other human cell lines are anonymous. But in this case, “hundreds of thousands — millions of people — know that HeLa is derived from cells from Henrietta Lacks”, Clayton says. “I think that really made it at best imprudent to publish the genome of those cells on the web without talking with anybody first.”

Steinmetz and his team had no legal obligation to obtain permission to sequence and publish the HeLa cell genome, says Bartha Maria Knoppers, a bioethicist at McGill University in Montreal, Canada. That is because the tissues from which they were derived were discarded in 1951, and no laws at that time prevented the use of such material without consent. Today, countries and even individual institutions differ on whether researchers must obtain consent before using abandoned patient material.

“It’s one of these complicated limbo situations where there are these tremendously useful cell lines that were acquired in an era of different consensus ethics,” says Ewan Birney, a computational biologist at the European Bioinformatics Institute near Cambridge, UK.

Steinmetz says that he has got in touch with the Lacks family through Rebecca Skloot, a journalist who wrote about the cells in her 2010 book The Immortal Life of Henrietta Lacks, and is looking for advice from the famly about how to proceed.

He points out that researchers have been generating and publishing genetic data on HeLa cells for decades. “If we take our data off it doesn’t change anything,” he says. “There are more data already out than what we generated in our study.”

To prove that point, Joseph Pickrell, a geneticist at Harvard Medical School in Boston, spent a couple of hours culling publicly available genetic data on HeLa cells. From these data, he was able to assemble a draft of its genome, he wrote this week on the blog Genomes Unzipped.

And still more HeLa genome data may soon become available. Last November, at the annual meeting of the American Society for Human Genetics in San Francisco, California, another team of researchers presented work creating an even more detailed analysis of the HeLa genome.

Jay Shendure, a geneticist at UW who led the research, declined to comment because the work has not yet been published. But the study, if published, may present still more privacy concerns, because it determines not just the HeLa genome sequence but details of individual haplotypes — stretches of adjacent genes on chromosomes that are often inherited all together. “If you had the sequences of Lacks’s descendants, you would be able to see precisely which chunks of her genome they had inherited,” says Stamatoyannopoulos, who was not involved in Shendure’s project. Making such inferences with a genome that does not discern haplotype information is possible, he says, but involves more guesswork.

The HeLa controversy holds some general lessons as well, researchers say. Many cell lines propagated in labs were established without donor consent, including, possibly, some embryonic stem-cell lines2.

None of the several researchers contacted by Nature knew of any cell lines that could be linked to individuals or their family members — at least not as readily as HeLa cells can. But Clayton notes that recent work has shown that anonymized participants in large genomics projects can be identified by cross-referencing their genomes with genealogy databases3. So she worries that these cell-line genomes may not always remain anonymous.

“If they are going to be published, they need to be published in a protected environment” in which access is limited, she says. “It needs to be absolutely clear to the scientific community that trying to re-identify those genomes is really not okay.”

Other archived tissue — and even museum samples — present similar challenges, she says. In 2011, scientists sequenced the first genome of an Aboriginal Australian from a 100-year-old hair sample that was stored in a museum4. The researchers obtained permission from a group that represents Aboriginal Australians in the region where the hair sample was collected, but the work made some bioethicists uneasy.

“Everybody needs to realize that using archived samples has the potential to raise some real sensitivities, and [researchers] can’t think they’ve dodged the bullet by going to archived samples,” says Clayton.

The suggestion that Lacks’s relatives should have the right to weigh in on the publication of the HeLa genome because it could reveal information about them raises another long-simmering debate. “The family is saying, having sequenced her, they’ve sequenced them,” says Knoppers.

Applied more generally, such a claim raises important questions for genome research — such as whether family members have the right to override the wishes of individuals who choose to share their genetic data, and whether scientists are obligated to disclose a person’s genetic information, such as disease risk, to family members.

Steinmetz hopes that the can of worms the HeLa genome has opened up will help scientists, ethicists and the general public to come to grips with these issues. The lesson, to Clayton’s mind, is this: researchers, funders and journals need to come up with better guidelines. “Unless they self-police, then they will be regulated,” she says. “That’s how things go.”