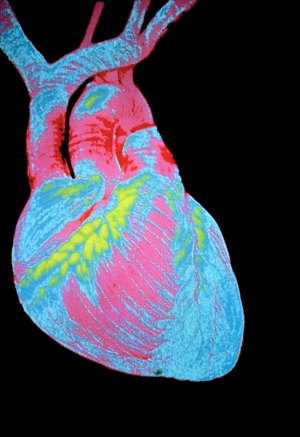 Harnessing the ability of heart muscle cells to renew themselves may help heal damaged hearts.

Can heart cells renew themselves, and can scientists help them do so? Two papers published online in Nature today suggest that heart muscle cells can make copies of themselves at a very low rate1, but that a genetic trick can prompt them to do a better job2. Those results give hope that hearts damaged by cardiovascular disease — which causes the deaths of almost 17 million people a year — could be coaxed to regenerate themselves.

Heart muscle cannot renew itself very well. Researchers would like to help that process by finding populations of cells in the heart that can do so, and then boosting that capacity. But it has not been easy to find evidence of these regenerating cells, or to assess the extent of their powers.

The two Nature papers aim to get to the heart of the matter. In one, a team led by Richard Lee at the Brigham and Women’s Hospital and Harvard Medical School, both in Boston, Massachusetts, traced the birth and fate of heart muscle cells in mice. Lee and his colleagues found that a small proportion of heart cells — less than 1% — can regenerate themselves normally. After a heart attack that proportion goes up, but only to 3%.

“These studies dispel any notion of the heart having a robust ability to regenerate,” says Charles (Chuck) Murry, who studies heart regeneration at the University of Washington in Seattle.

That those cells exist at all is heartening, however. “If there is some capacity for the heart to produce new heart muscle cells, that’s a foothold that we can work with,” says Matthew Steinhauser, a co-author on the paper1 and a member of Lee’s lab. Then, he says, the team can ask: “Can we make it work better?”.

A second group has done just that. Mauro Giacca and his colleagues at the International Centre for Genetic Engineering and Biotechnology in Trieste, Italy, used small snippets of RNA called microRNAs to stimulate heart cells to start regenerating.

The researchers screened hundreds of microRNAs for the ability to prompt mouse and rat heart cells to proliferate. The team then induced heart attacks in live mice and showed that two particular microRNAs helped to build the damaged hearts back up again so that they were functioning almost normally. After two months, the size of the area of tissue killed off by the heart attack was reduced by half, and the heart’s capacity to pump blood was signifcantly improved.

The microRNAs need further testing in larger animal models with more human-like hearts, says Giacca. Other scientists would like to see the results confirmed.

“Those who know this field have seen many claims of heart regeneration that have not withstood the test of time,” says Murry. “If this study can be reproduced, it will be a major breakthrough.”