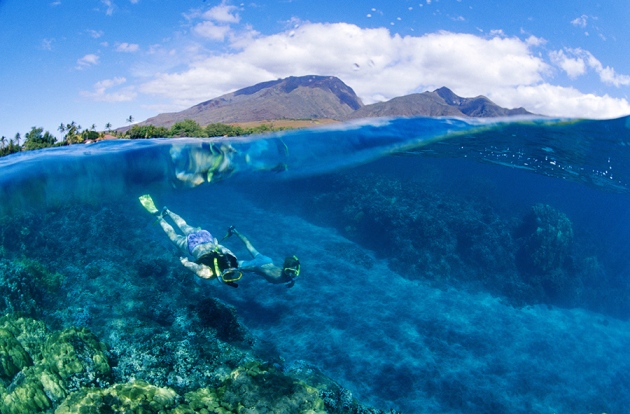 Some scientists are concerned that certain UV-filters in sunscreens may wash off snorkellers and damage coral.

Legislators in Hawaii are trying to ban the sale of sunscreens that contain two UV-filtering chemicals, after studies suggested that they harm coral reefs.

On 20 January, Hawaii state senator Will Espero introduced a bill which would ban sunscreens containing oxybenzone and octinoxate in Hawaii (except under medical prescription) to the state Congress. Espero argues that a ban is important to preserve the state’s tourism industry, because Hawaii relies heavily on tourists attracted by its coral reefs.

The bill is already attracting attention from other regions with economies reliant on reefs, including Palau and the British Virgin Islands, Espero says. But manufacturers argue that more evidence is needed to warrant a ban.

A bar in the state of Hawaii would be the strongest political measure yet taken against the chemicals – although some manufacturers already sell “reef-friendly” sunscreens without them, produced in response to scientific and consumer concerns. “Since there are eco-friendly sunscreens on the market now, a total ban hurts no one,” Espero argues.

In November 2015, a group of European Parliament members proposed a motion to ban oxybenzone in cosmetic products throughout the European Union, but that legislation has stalled.

Espero’s bill draws largely upon research done by US scientists led by Craig Downs, executive director of the Haereticus Environmental Laboratory in Clifford, Virginia. In 2016, his team reported that oxybenzone and octinoxate could stunt the growth of baby corals, and that oxybenzone was toxic to seven coral species in lab tests1.

A 2008 study from a different group had found that oxybenzone is likely to cause coral bleaching both in the lab and in the wild in several tropical regions2. Other studies have suggested that oxybenzone also acts as an endocrine disruptor among marine creatures such as shrimps and clams3.

In ongoing follow-up work – which has not yet been published – Downs’ team detected oxybenzone contamination of up to 4,000 parts per trillion (ppt) in the waters off the most popular beaches of the Hawaiian island of Maui. An oxybenzone concentration of around 400 ppt over several days is enough to induce coral bleaching in warm waters, they say. The team suggests that when people snorkel or swim, sunscreen washes off their skin and out into the reefs.

But other reef scientists are more circumspect about the role of sun-screen chemicals in coral-reef destruction. Many factors damage coral reefs, says Jörg Wiedenmann, head of the Coral Reef Laboratory at the University of Southampton, UK, but he agrees that sunscreen pollution might be detrimental in areas with lots of tourists.

“Banning sunscreen will not solve other problems: for example, temperature anomalies, overfishing, coral predators and the big issue of coastal runoffs that pollute and destroy reefs," he says. “But if you have places with a high load of tourists going in, it is not unreasonable to stay cautious and say, ‘Yes, there may be additive effects.” 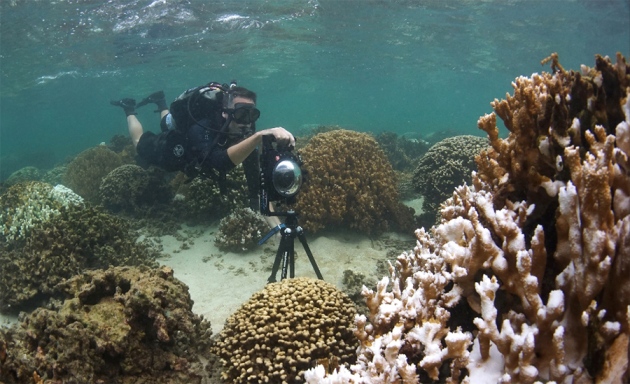 But sunscreen manufacturers such as L’Oréal disagree that a ban is needed. “Regulatory decisions have to be made on sound scientific evidence and multiple studies,” says Marc Leonard, head of L’Oréal’s Research & Innovation, Environmental Research department in Aulnay-sous-Bois, France. “They have to be completed by different teams to provide a significant bundle of evidence. We are very far from it in this case.” Despite this, says Leonard, L’Oréal are working on making sunscreen products without oxybenzone, in anticipation of a possible ban.

L’Oréal has not itself reported any tests on the effects of oxybenzone or octinoxate on coral reefs. In June 2016, the manufacturer presented work done with researchers at the Scientific Centre of Monaco, on a different UV filter chemical in its sunscreen, called avobenzone. The scientists reported an adverse effect on corals at the high concentrations of 5 milligrams per litre (5 parts per million) – but that has little relevance to normal levels of exposure.

The Consumer Healthcare Products Association, a national trade association for manufacturers based in Washington DC, says that it will oppose a ban until there is more evidence. “We sympathize with the desire to preserve Hawaii’s coral reef, but there is no scientific evidence that under naturally occurring conditions, sunscreen ingredients are contributing to coral-reef declines,” says a spokeswoman for the group.

Downs says that his team has seen a clear effect in Maui – and that he feels there is already enough evidence to justify a ban there. Some Hawaiian politicians have tried to push for more funding to support research into the issue. But a bill to the US Congress, asking for funds for the University of Hawaii to further investigate the effect of sunscreens on reefs, stalled in February last year.

“We have advocates and science on our side,” Espero says. “Fishermen, boat owners, sailors, ocean-sports enthusiasts, ocean-tour operators and environmentalists rely on the ocean for recreation and jobs. Opponents will be out there, but supporters as well.”