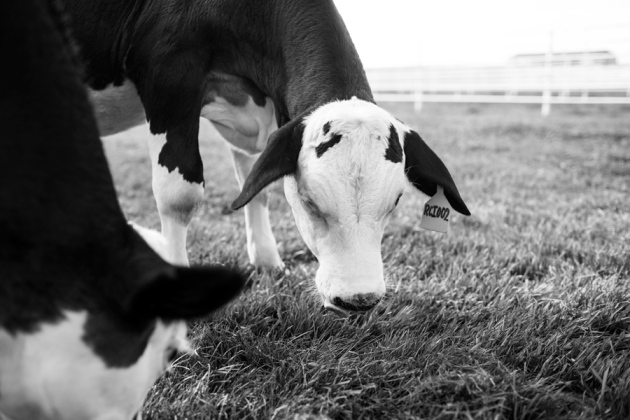 Gene-edited cattle such as these hornless cows may come under scrutiny by the US Food and Drug Administration.

In January this year, two US agencies proposed the first substantial overhaul in 30 years of how they regulate genetically altered crops and livestock. Some plant scientists expressed relief. Some animal researchers used more colourful language.

The proposals — one to govern plants, the other to govern animals — came to wildly different conclusions. The US Department of Agriculture (USDA) suggests that many plants whose genomes have been altered by a single DNA letter change should not need approval before being released in the field. However, the US Food and Drug Administration (FDA) contends that animals whose genomes have been similarly changed might have to go through a rigorous evaluation before being released onto the market.

For the two agencies to evaluate the same problem and come to opposite conclusions is worrisome. The deadline for public comment is 19 June — researchers should seize this chance to push for a scientific and harmonized approach.

The USDA oversees the transport and release of plants that could pose a threat to the nation’s agricultural system. The agency used that remit to cover plants that have been genetically altered using molecular tools harvested from plant pathogens. A form of the bacterium Agrobacterium tumefaciens, for example, was often used to shuttle genes into plant genomes. But even as the regulations were being crafted, technology was marching ahead. Researchers developed ways to express foreign genes in plants without using a pest. By 2011, the USDA found itself unable to oversee a host of new crops because they were engineered by other techniques and could not be classified as potential plant pests.

The FDA, meanwhile, has co-opted regulations that are designed to govern the approval of animal drugs. FDA oversight is triggered by the genetic engineering of an animal (generally taken to mean the splicing together of DNA sequences from different sources). This has left researchers in industry and academia uncertain as to whether the FDA would regulate animals that have been developed using modern gene-editing techniques, which don’t necessarily insert foreign DNA. Such techniques are already being used in the lab to develop disease-resistant pigs, among other animals. One company, Recombinetics of St Paul, Minnesota, which is hoping to bring its hornless dairy cattle to market, filed a notification to the FDA a month before the proposals were released.

Almost any gene-edited livestock could be encompassed by the FDA’s regulations. Yet gene-edited plants would be regulated only if they are pests or noxious weeds.

It might be asking too much to demand complete consistency across agencies. USDA or FDA staffers are not free to conjure regulations as they see fit: they are also confined by agency-specific statutes. This is why some definitions differ, and some approaches — such as treating the engineered genome of a goat as an animal drug — do not seem intuitive.

Gene-editing and other technologies clearly pose a challenge for regulators. Legislative definitions can quickly expire with the next technological development. Regulators in Europe, for example, have been struggling for years to incorporate new technologies into their framework. Canada, which regulates its crops on the basis of their attributes rather than the process used to generate them, is one of the few countries with a system that is able to adapt to advances. Meanwhile, it is still hard to tell how consumers will view gene-edited foods when they reach the market.

“For the two agencies to evaluate the same problem and come to opposite conclusions is worrisome.”

But both the solutions proposed in the United States have the potential to err, albeit in opposite directions. Regulating all gene-edited animals may make little sense for a change that merely reproduces a DNA sequence found in nature, or that could be recreated by using chemicals to randomly mutate DNA. Conversely, waving through many edited crops could under-regulate some with the potential to alter agricultural ecosystems. For example, a herbicide-tolerant plant could lead to changes in spraying that generate herbicide-resistant weeds.

It is unclear whether or how President Donald Trump’s appointees will influence the development of these regulations. But researchers should take the opportunity to be heard, to scrutinize proposed definitions, look for loopholes and suggest alternatives to reduce the likelihood that the regulations will soon become outdated. Above all, they should push for regulations that are consistent across agencies, with an emphasis on evaluating the risks posed by the final product. Some researchers may feel that simple gene edits, such as those that reproduce a naturally occurring mutation, deserve no scrutiny. Others may have reservations about those same products. Let all of those voices be heard — or endure another 30 years of ill-fitting regulations.