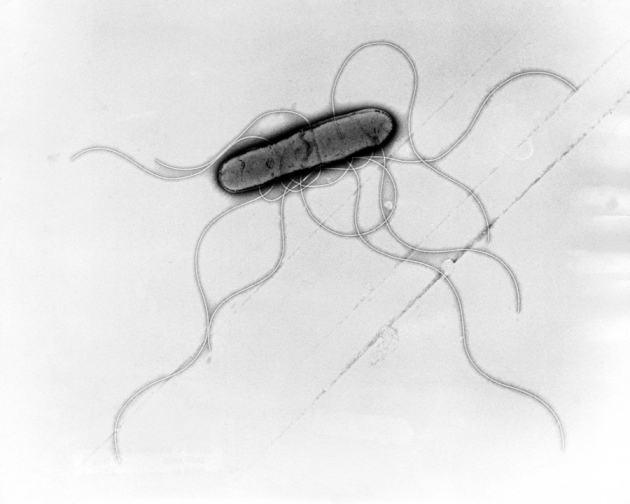 Companies selling ‘probiotic’ foods have long claimed that cultivating the right gut bacteria can benefit mental well-being, but neuroscientists have generally been sceptical. Now there is hard evidence linking conditions such as autism and depression to the gut’s microbial residents, known as the microbiome. And neuroscientists are taking notice — not just of the clinical implications but also of what the link could mean for experimental design.

“The field is going to another level of sophistication,” says Sarkis Mazmanian, a microbiologist at the California Institute of Technology in Pasadena. “Hopefully this will shift this image that there’s too much commercial interest and data from too few labs.”

This year, the US National Institute of Mental Health spent more than US$1 million on a new research programme aimed at the microbiome–brain connection. And on 19 November, neuroscientists will present evidence for the link in a symposium at the annual Society for Neuroscience meeting in Washington DC called ‘Gut Microbes and the Brain: Paradigm Shift in Neuroscience’.

Although correlations have been noted between the composition of the gut microbiome and behavioural conditions, especially autism1, neuroscientists are only now starting to understand how gut bacteria may influence the brain. The immune system almost certainly plays a part, Mazmanian says, as does the vagus nerve, which connects the brain to the digestive tract. Bacterial waste products can also influence the brain — for example, at least two types of intestinal bacterium produce the neurotransmitter γ-aminobutyric acid (GABA)2.

The microbiome is likely to have its greatest impact on the brain early in life, says pharmacologist John Cryan at University College Cork in Ireland. In a study to be presented at the neuroscience meeting, his group found that mice born by caesarean section, which hosted different microbes from mice born vaginally, were significantly more anxious and had symptoms of depression. The animals’ inability to pick up their mothers’ vaginal microbes during birth — the first bacteria that they would normally encounter — may cause lifelong changes in mental health, he says.

Similarly, a 2013 study from Mazmanian’s lab found that a mouse model with some features of autism had much lower levels of a common gut bacterium called Bacteroides fragilis than did normal mice3. The animals were also stressed, antisocial and had gastrointestinal symptoms often seen in autism. Feeding B. fragilis to the mice reversed the symptoms. The group also found that the mice with these symptoms had higher levels of a bacterial metabolite called 4-ethylphenylsulphate (4EPS) in their blood, and that injecting that chemical into normal mice caused the same behavioural problems.

The mechanism for these effects is still unclear. At the meeting, Mazmanian will present data showing that feeding 4EPS to mice causes behavioural problems only if the gut is leaky, presumably because that allows the chemical to seep into the body through the intestinal wall. That observation raises the possibility that some people with autism could be supported with therapies, such as probiotics, that target the gut instead of the brain, which is a much more complex and inaccessible organ.

Yet even those at the forefront of the research remain sceptical that the findings will translate into treatments for humans. The evidence that probiotics affect human behaviour “is minimal to say the least”, Mazmanian acknowledges. Still, he says, a growing number of researchers are starting to look at some mental illnesses through a microbial lens.

There are implications for basic research too. In another study to be presented at the meeting, veterinarian Catherine Hagan at the University of Missouri in Columbia compared the gut bacteria in laboratory mice of the same genetic strain that had been bought from different vendors. Their commensals differed widely, she found: mice from the Jackson Laboratory in Bar Harbor, Maine, for instance, had fewer bacterial types in their guts than did mice from Harlan Laboratories, which is headquartered in Indianapolis, Indiana.

Such differences could present a major complication for researchers seeking to reproduce another lab’s behavioural experiments, Hagan says. When her team transplanted bacteria from female Harlan mice into female Jackson mice, the animals became less anxious and had lower levels of stress-related chemicals in their blood. Hagan notes that when a lab makes a mouse by in vitro fertilization, the animal will pick up microbes from its surrogate mother, which might differ greatly from those of its genetic mother. “If we’re going to kill animals for research, we want to make sure they’re modelling what we think they’re modelling,” she says.