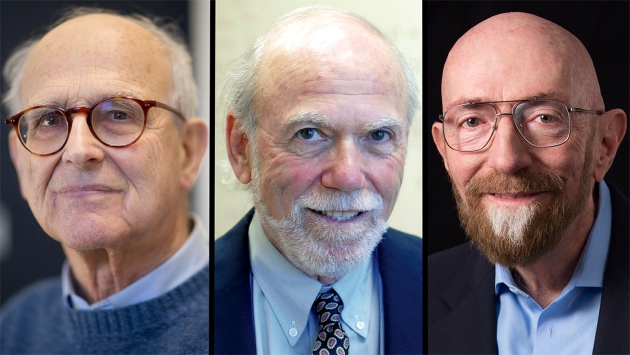 Three physicists who had leading roles in the first direct detection of gravitational waves have won the 2017 Nobel Prize in Physics.

Rainer Weiss, at the Massachusetts Institute of Technology (MIT) in Cambridge and Barry Barish and Kip Thorne, both at the California Institute of Technology in Pasadena, share the 9 million Swedish krona (US$1.1-million) award for their work at the US-based Laser Interferometer Gravitational-Wave Observatory (LIGO). In September 2015, LIGO picked up the deformations in space-time caused by the collision of two distant black holes.

How LIGO forged the path to victory

That discovery, which was announced in February 2016, opened up a new field of astronomy, in which scientists listen to the space-time vibrations emitted by some of the Universe’s most cataclysmic events. And it confirmed the existence of gravitational waves, which Albert Einstein had predicted a century before.

Weiss and Thorne are two of three physicists known as the Troika — the founders of LIGO’s giant twin detectors in Livingston, Louisiana, and in Hanford, Washington. The third troika member, Ronald Drever, died on 7 March this year. And Barish, who was LIGO director from 1997 to 2005, is widely credited with having transformed the collaboration from a chaotic endeavour to a well-oiled machine.

"I view this more as a thing that recognizes the work of about 1,000 people, a really dedicated effort that’s been going on for — I hate to tell you — as long as 40 years," said Weiss in an interview with the Nobel Committee just after winning the prize.

"We were all very happy for them to be recognized. They worked on this for decades," says Gabriela Gonzalez, a physicist at Louisiana State University in Baton Rouge, and a LIGO team member and former spokesperson for the collaboration. The Nobel prize can be awarded only to a maximum of three people, but the Nobel Committee noted the huge numbers of people who worked on LIGO in its press release.

Researchers had been widely expecting the committee to reward the team since last year's detection announcement. "I'm very happy that they got the right people," says Charles Misner, a general relativity theorist at the University of Maryland in College Park. Half of the Nobel prize has been awarded to Weiss, with the other half split between Barish and Thorne. 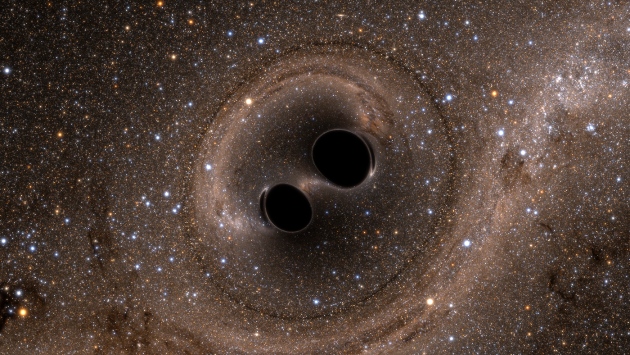 Few physicists doubted the existence of gravitational waves before the LIGO discovery. The distortions in space-time are an inevitable consequence of Einstein’s general theory of relativity, and propagate across the Universe almost unimpeded. In 1974, they were confirmed indirectly when researchers examined the radio flashes emitted by a pair of merging neutron stars; the shifts in the flashes' timing matched predictions of how gravitational waves would carry energy away from the event. That discovery was rewarded with the 1993 Nobel Prize in Physics.

But sensing the waves themselves was a monumental task. Even the most powerful deformations — those produced by collapsing stars or colliding black holes — would typically be tiny by the time they reached Earth. The waves detected in 2015 stretched and squeezed LIGO’s perpendicular 4-kilometre vacuum pipes by a fraction of a proton’s width, but that was enough to noticeably shift out of sync the laser beams bouncing inside the pipes.

Physicists in the United States and the then-Soviet Union first proposed using laser interferometers to detect gravitational waves in the 1960s. Weiss made the first detailed calculations for how an interferometer would work in 1972. The idea seemed so far-fetched that even he was not sure it would work. “It might come to a junction in a year or so when we will decide it ain’t worth it,” he told science sociologist Harry Collins at the time1.

Weiss, who was born in Germany in 1932, emigrated with his family to the United States in 1938 to escape from Nazism. He built his first prototype interferometer in the mid-1970s, soon followed by researchers in Europe — among them, Drever and his collaborators at the University of Glasgow, UK, and another group in Munich, Germany.

Thorne, born in Utah in 1940 to Mormon parents, specialized in general relativity and had also been developing ideas on the waves. At a conference in Washington DC in 1975, Thorne and Weiss shared a room in an over-booked hotel. During their conversations, Weiss convinced Thorne that interferometers were the right approach. Thorne, Weiss and Drever joined forces in the early 1980s, when it became clear that the US National Science Foundation would not fund two separate efforts, and the LIGO collaboration was born.

The troika did not always work smoothly and, at their own admission, did not possess the right skills for managing what was quickly becoming a vast operation. Things improved dramatically after Barish, who had been LIGO’s principal investigator since 1994, became director in 1997. Collins, who has closely studied the collaboration for decades, says that Barish turned LIGO into a ‘big science’ organization. “Without Barish turning things around, it would have collapsed,” he says.

LIGO initially struggled to get funded, but ended up being the largest and most expensive experiment in the history of the US National Science Foundation. Its two nearly identical detectors first opened in 2002, with an admittedly scant chance of detecting anything during their first phase of data collection. The observatory shut down in 2010 for a major overhaul, and restarted in September 2015, three times more sensitive than before. 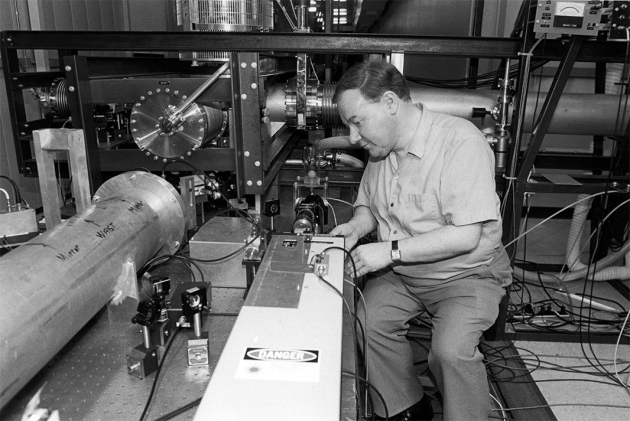 Ronald Drever was one of the original co-founders of the LIGO project; he died in March 2017.

Researchers were cautiously optimistic of a discovery within a few years. But the Universe was kind to LIGO, providing a dramatic event for it to record on 14 September, while the interferometers were still being calibrated, days before their official science run was due to start. Since then, LIGO has detected at least three other gravitational-wave events — the most recent also spotted by Virgo, a similar interferometer near Pisa, Italy.

The LIGO team benefited from significant research efforts in other countries. Germany and the United Kingdom have contributed funding and research, and GEO600, a smaller interferometer near Hannover, Germany, is the main test-bed for technologies that are implemented on its larger cousins in the United States.

The three winners have other strings to their bows: as well as working on LIGO, Weiss was a leading scientist in the Cosmic Background Explorer (COBE), a NASA probe that in the 1990s produced the first map of the cosmic microwave background, the ‘afterglow’ of the Big Bang. (Two other COBE researchers shared the physics Nobel in 2006.)

Thorne, who has spearheaded theoretical studies of gravitational waves, also helped to conceive the original idea for the plot of the 2014 film Interstellar, on which he was an executive producer. And before joining LIGO, Barish worked on neutrino experiments at the Fermi National Laboratory in Batavia, Illinois and elsewhere. He has also led the design of a proposed International Linear Collider.

Thorne and Weiss were generally considered shoo-ins for the Nobel. Before Drever’s passing last March, the troika raked up almost every prize there was for them to win, including the $3-million Special Breakthrough Prize in Fundamental Physics; the $500,000 Gruber Foundation Cosmology Prize; the $1.2-million Shaw Prize in Astronomy; and the $1-million Kavli Prize in Astrophysics.