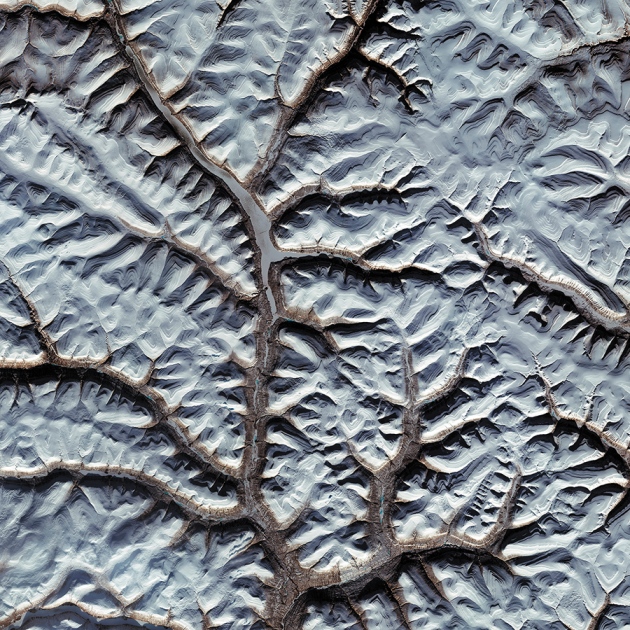 The world's land masses can seem immense. When I crossed Siberia by train after finishing my PhD, I passed birch trees day and night. Later I traversed Patagonia, counting one cow every ten minutes. Such places are far from the busy cities of Europe and North America. But they are increasingly interconnected. Even the most remote landscapes are under rising pressure from human population growth, economic development and climate change.

Globally, land is becoming a scarce resource1. Today, almost two-thirds (63%) of the world's ice-free land is used for agriculture or settlements, or is covered by forests (see 'Growing pressure'). By 2050, we will need twice as much productive ground as now sits idle2. Feeding more people will demand 10–20% more cropland3 (or 1.5 million to 3.0 million square kilometres). To sequester atmospheric carbon dioxide, an area the size of India will probably be needed to grow energy crops, and a similar area could be required for afforestation4. Up to one-fifth of natural forests, grasslands and savannahs will be destroyed3. Meanwhile, 2% of the world's most fertile land (0.3 million km2) will be paved over by 2030 as cities expand5. Humans are driving mass extinctions: one-fifth of the Brazilian Amazon rainforest has been lost since 1970 (0.8 million km2).

Land is also increasingly traded. Since 2000, states including the United Kingdom and China have together bought a total area of farmland in Africa and elsewhere that is bigger than Germany to grow food. And countries are producing more crops for export — global cereal exports rose sixfold between 1960 and 2010, according to the Food and Agriculture Organization of the United Nations. Although food trade can lessen local shortages, it exposes around 200 million poor people in countries such as Algeria, Mexico and Senegal to price shocks when exports from major producers, such as the United States, Russia and Vietnam, collapse. Some countries such as Egypt are reliant on imported food.

Yet global land management is not on the political table. By contrast, climate-change mitigation has been negotiated internationally for 30 years. Air, ice and water are proclaimed officially as global commons — shared resources in which everyone has an equal stake. Treaties protect the atmosphere, Antarctica and the high seas.

Land has no safeguard. The reason: its diverse purposes and stakeholders. Intensive livestock rearing in Iowa, high-rise property in Singapore and timber logging in the Amazonian rainforests are each regulated differently. The European Union's Common Agricultural Policy is a rare example of international cooperation on land, but remains largely unsustainable. The United Nations' Sustainable Development Goals (SDGs) don't call explicitly for global coordination of land uses. This is despite access to land resources being central to the goals — notably those on hunger, cities, production and consumption, climate and life on land.

Things are beginning to change. This year, the UN Convention to Combat Desertification will publish its Global Land Outlook, addressing land management in the context of sustainable development. The Intergovernmental Panel on Climate Change (IPCC) will release a report on land use and climate change in 2019. But a stronger case is needed: one that will bring all parties together to coordinate land uses around the world to achieve sustainability.

I argue that land must be considered as a global commons — conceptually by researchers and legally by the international community. Carbon sequestration and ecosystem services, such as clean water, medical resources, nutrient recycling and recreation depend on land and are universal public goods6. Excluding people from the basic goods and services that land furnishes, such as food and housing, breaches the Universal Declaration of Human Rights. Researchers and policymakers should focus on one goal: providing sufficient fruits of the land to support all livelihoods, now and in the future.

People's rights to land have been debated by philosophers since at least John Locke and Hugo Grotius in the seventeenth century. In 2012, philosopher Mathias Risse made a powerful case for humanity's collective ownership of Earth in his book On Global Justice7. But few environmental scientists or policymakers are considering these arguments.

The Declaration of Human Rights states that everyone should have an “adequate” standard of living, including food, clothing, housing and medicines — all products of the land. What is adequate is open to question. Providers of food aid assume that a minimal diet should include a certain number of calories. The second SDG also, rightly, emphasizes nutritional needs.

Some philosophers go further and argue that access to land resources should be shared equally by all citizens of Earth; one such is Gopal Sreenivasan at Duke University in Durham, North Carolina8. This might be achieved by taxing land or by redistributing produce and other profits derived from land.

Private property will remain protected with the common ownership of global land. The associated bundle of rights and duties, however, will shift towards more stewardship of land and protecting future generations and people living elsewhere. Already now, landowners in Iowa may practise industrial livestock production only if they do not damage or devalue neighbouring properties.

Nordic welfare states such as Sweden provide all their citizens with adequate food, shelter and natural spaces for recreation. But many of the goods needed are imported and feed on land resources globally. Only global cooperation can achieve an open world-trade system that manages land-based production and consumption footprints in a sustainable and equitable way.

Because many diverse stakeholders are involved, coordinating land uses internationally will be harder than governing Antarctica or meeting treaties on climate change. Critics might suggest that securing one issue at the time, such as food security or maintaining biodiversity, is sufficient. But these issues intersect.

Global cooperation on land use can build on and learn from successful local schemes. These range from communal tenure of high mountain meadows and forests in Switzerland to the shared management of canals and water by the Zanjera community in the Philippines9. The municipality of Curitiba, Brazil, is directing urban growth along transit axes to protect surrounding ecological riches. Singapore and Tokyo, where space is limited, tax land to finance public transport and other services for citizens. And the benefits of land taxation are not limited to urban areas. Taxing units of agricultural land by area incentivizes the production of higher yields while preserving wilderness and biodiversity10.

Land-use rights can be assigned for a limited period. For example, Chinese property law limits them to 40, 50 or 70 years. And benefits can be spread to future generations through approaches such as the Alaska Permanent Fund, which captures 25% of the state's oil revenue and redistributes an annual dividend to residents.

Economist Elinor Ostrom and her colleagues have identified eight principles for managing local commons that should be applied globally11. These include: clearly defining group boundaries; matching rules governing the use of commons to local needs and conditions; providing means for locals to dispute or modify the rules; and imposing sanctions on violators.

Because the rewards of coordinating land management could be reaped by other people or might not be felt until the future, collective action must be actively encouraged. In the absence of a major power, such as China or the United States, with a vested interest in advancing the interests of the commons, scientists and experts should explain the benefits to the public.

Part of the evidence will be supplied by scientific assessments, such as the Global Land Outlook, assessments of biodiversity by the Intergovernmental Science-Policy Platform on Biodiversity and Ecosystem Services (scheduled for 2018) and the IPCC 2019 land-use report. In addition, an overarching case for land as a global commons is required; it could be commissioned by the UN secretary-general. Better links are needed between international organizations, including the UN agencies that are responsible for food, shelter, energy, biodiversity and terrestrial carbon storage.

A nested regime for international governance will be necessary, including regulatory changes in four areas. First, international financing of conservation and efforts to store carbon on land must be scaled up. Second, ambitious conservation standards should be harmonized. Third, innovative approaches to technology and management must be transferred to improve yields and food storage. Fourth, we will need sustainable patterns of consumption that reduce the amount of land embedded in trade. These four areas must be reflected in international public and private laws, such as World Trade Organization regulations.

States should commit to efficient land-management principles. Financial instruments such as land taxes could share the fruits of land justly in modern economic systems.