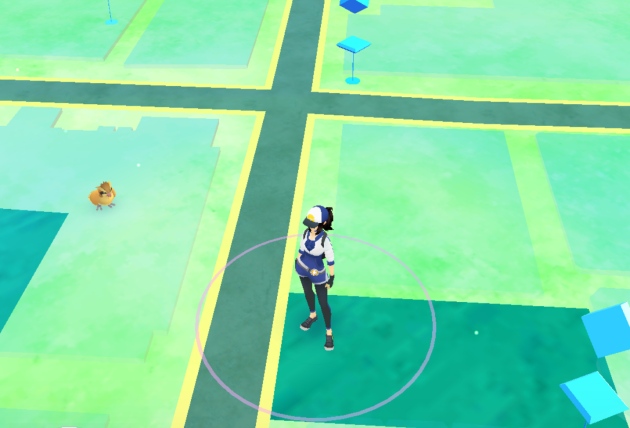 Millions of people have spent the past week walking around. Ostensibly, they are playing the online game Pokémon Go and hunting for critters in an ‘augmented reality’ world. But as gamers wander with their smartphones — through parks and neighbourhoods, and onto the occasional high-speed railway line — they are spotting other wildlife, too.

Scientists and conservationists have been quick to capitalize on the rare potential to reach a portion of the public usually hunched over consoles in darkened rooms, and have been encouraging Pokémon hunters to snap and share online images of the real-life creatures they find. The question has even been asked: how long before the game prompts the discovery of a new species?

It’s not out of the question: success is 90% perspiration after all, and millions of gamers peering around corners and under bushes across the world can create a very sweaty exercise indeed. By definition, each Pokémon hunter almost certainly holds a high-definition camera in their hands. And there is a precedent: earlier this year, scientists reported Arulenus miae, a new species of pygmy devil grasshopper, identified in the Philippines after a researcher saw an unfamiliar insect in a photo on Facebook (J. Skejo and J. H. S. Caballero Zootaxa 4067, 383–393; 2016). 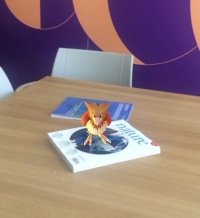 Spearow roosting at the Nature office.

But Pokémon Go players beware. It is one thing to conquer a world of imaginary magical creatures with names like Eevee and Pidgey, and quite another to tangle with the historical complexity of the Inter­national Code of Zoological Nomenclature. So, say you do manage to snap a picture of something previously unknown to science — what then? Let Nature be your guide.

First, the good news — the Code (we’ll call it that from now on to save on Twitter characters) is now officially with the times, and no longer reliant on the dead trees that were so popular before you were born. Despite grumbles from traditionalists, in 2012 the International Commission on Zoological Nomenclature, which hosts the Code, agreed to embrace online-only media. In doing so, it relaxed its rule that species could be officially named only in printed academic journals.

Now, the bad news — if your picture of an unusual butterfly or bird or hippopotamus does look to a friendly online biologist like a new species, then you’ll probably have to go back and catch the beast. (Whisper it, but you might even have to kill it.)

“What’s in a name? To most biologists, it’s still a fresh corpse.”

If you think that sounds too difficult, then some (but not many) zoologists agree with you. What’s in a name? To most biologists, it’s still a fresh corpse — as two scientists discovered last year when they tried to identify and name a new species of bombyliid (bee fly) that they had caught and photographed in South Africa. Convention demands a reference sample called a holotype in exchange for a formal taxonomic listing, but — disaster! — the fly escaped before it could be killed and immortalized. Unwilling to chase it down again, the cheeky duo chanced their arm and showed the photographs alone as evidence, in the stead of their long-flown bee fly (S. A. Marshall and N. L. Evenhuis ZooKeys 525, 117–127; 2015).

“Digital collectors” are fast outnumbering specimen collectors, the scientists warned, and new conservation rules are making it harder to collect and transport real species samples. The biodiversity community is going to have to move with the times, they said, and “adapt to growing numbers of new taxa recognized without benefit of dead, preserved type specimens”. High-resolution photos, they added, rather unconvincingly, “can often provide enough information for a proper description”.

But rules is rules — and sometimes they are in place for a good reason. This month, zoologists from around the world came down on the idea like a tonne of pavement ants. A photo can’t be prodded and turned over. It can’t be dug out of storage and have its back legs gently stretched. It can’t have its genitals re-examined. In other words, it can’t have science done with it — not proper, verifiable, reproducible and falsifiable science. “The spirit of the International Code of Zoological Nomenclature is willfully violated by a description based only on a photograph,” their report concluded (D. S. Amorim et al. Zootaxa 4137, 121–128; 2016).

Still, hippos don’t run that fast and can’t be that hard to catch. Let’s say our brave Pokémon Go player really does have a new species on their hands, and not just a high-resolution photo. What they want to know, of course, is can they name it after their mum? Here, the zoologists are remarkably relaxed. Unlike planets, chemical elements and human diseases, almost anything goes with wildlife. (Hence Dick Cheney, George W. Bush and Donald Rumsfeld each share their name with a slime-mould beetle.) Be prudent, though — your idol or hero may not appreciate the attention.

The ecologist Cheng-Bin Wang last month poetically named a new beetle after Chinese President Xi Jin-Ping to honour “his leadership making our motherland stronger and stronger” (C.-B. Wang Zootaxa 4126, 287–294; 2016). Chinese censors responded with some augmented reality of their own, attempting to scrub all mentions of the beetle from the Internet.