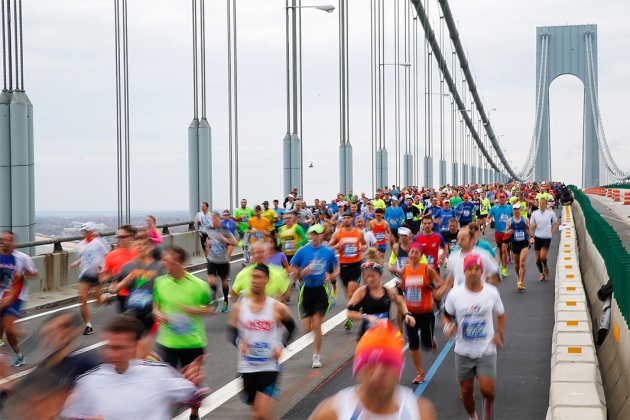 Researchers are testing whether smart watches and similar devices, currently popular among runners, can be integrated into medicine.

On the morning of Tuesday 27 June, a young man walked into an office in northern California, signed a consent form and picked up two devices that will monitor his heartbeat, sleep patterns and a range of other bodily functions. He is one of the first participants in a planned 4-year, 10,000-person study being run by Google’s spin-off company Verily Life Sciences, which aims to find out how readings from smart devices can be combined with genetic tests and other data to improve overall health and to predict when someone might suffer a medical emergency such as a stroke or seizure.

Verily’s study, Project Baseline, joins a handful of similar experiments, including one led by the US National Institutes of Health (NIH), which enrolled its first person earlier in June and will collect data from wearable devices on some of its one million participants. Together, these studies are part of a broad effort by companies and researchers to take advantage of the data generated by smart electronics.

Today’s devices appeal mainly to a select group that wants to quantify the minutiae of their lives, down to how many steps they take while mowing the lawn. But tech proponents foresee a day when sensors linked to smartphones will be an integral part of personalized medicine.

A first step towards that goal will be developing software platforms to integrate the output from sensors with genomic data and conventional medical information. Researchers hope the combination will yield data signatures that can predict diseases and point the way to treatments tailored to each patient.

“Technology is not really the barrier,” says Adrian Hernandez, a cardiologist at Duke University in Durham, North Carolina, and a principal investigator on Project Baseline. “What we really need to understand is individual health.”

To find indicators of diseases, researchers are taking an approach reminiscent of the Framingham Heart Study, which started monitoring about 5,000 adults in Massachusetts in 1948. Over the next few decades, it revealed links between heart disease and high cholesterol, elevated blood pressure and smoking.

In Project Baseline, participants will wear Verily’s proprietary Study Watch, which will transmit their heart rate, movements and other information to the company’s database. Another sensor below people’s mattresses will monitor their sleep patterns. Verily will also collect genomic data, information on participants’ feelings (gathered through self-reported surveys), health records, family histories and the results of periodic lab tests on urine, saliva and blood. In-person appointments will mainly take place at clinics at Duke University and at Stanford University in California, which are collaborating on the project. 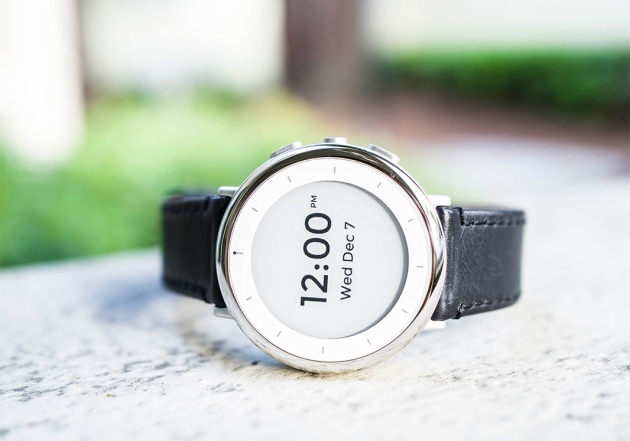 Jessica Mega, chief medical officer at Verily in South San Francisco, California, says that a key goal is to help the company test and refine its platform for integrating multidimensional health data. “We are building infrastructure that others can use to test hypotheses, tools and technologies,” she says.

Verily will make its participants’ anonymized data available to researchers from universities and companies on a case-by-case basis. This may involve companies sponsoring studies that test new technology, says Mega.

The NIH study, called All of Us, received $230 million in the current fiscal year and is part of the agency’s Precision Medicine Initiative. Some participants will have an option to send researchers data collected through smart wristbands, sleep sensors, environmental monitors, genetic and microbiome sequencing and other technologies.

The two massive studies follow smaller ones such as a project led by Stanford genomicist Mike Snyder, who has been collecting more than 250,000 daily measurements from about 100 people in an ongoing project called iPOP (integrated personal omics profiling). In January, Snyder published a paper reporting how sensors he wears clued him in to abnormalities, such as elevated skin temperature and decreased oxygen in his blood, that prompted him to visit a doctor (X. Li et al. PLoS Biol. 15, e2001402; 2017). The clinician diagnosed him with Lyme disease.

Leroy Hood, co-founder of the Institute for Systems Biology in Seattle, Washington, has also completed a deep-data study, this one with 108 people. He used lessons from the project to co-found biotechnology company Arivale, which charges $3,500 per year to evaluate people’s data over time from a range of sources, including wearables, genome sequencing and blood biomarkers. Users also repeatedly talk to a coach who looks at the data, and makes recommendations on how to improve their lives.

Some people who sign up for the programme are at risk of diseases such as Parkinson’s and Alzheimer’s, and Hood says that pharmaceutical companies may be willing to pay for information on these individuals to learn how their chemistry changes if they start to become ill. “This information can indicate biomarkers,” he says, “and the idea is that you could then make drugs that would prevent the disease.”

One challenge in all these efforts is keeping people engaged over many months. Verily is considering using games to sustain participation. But Hood doubts the long-term efficacy of that approach.

He says Arivale’s clients stick with their programme because of the monthly visits to a coach. “It’s a lot like therapy,” he says, “they become your mother or father.”