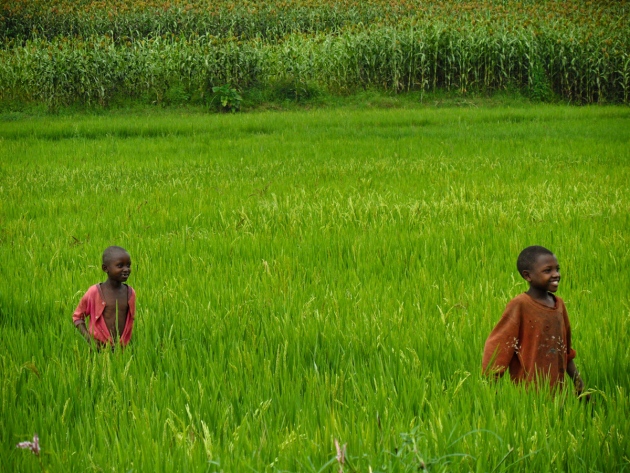 An article by SciDev.net

A strain of rice genetically engineered to protect against diarrhoeal disease could offer a cost-effective way to protect children in developing countries, according a study published in the Journal of Clinical Investigation yesterday (8 August).

Researchers engineered the rice, called MucoRice-ARP1, by adding an antibody to fight rotavirus originally found in llamas in the rice genome.

Rotavirus is the leading cause of severe diarrhea in young children and infants, killing more than 520,000 people each year, according to the WHO. More than 85 per cent of those deaths occur in impoverished countries in Africa and Asia.

The team fed MucoRice-ARP1 to mice they subsequently infected with rotavirus, and found these mice had significantly less virus than mice fed normal rice.

The rice could be used to complement vaccinations to protect children when they are at their most vulnerable to rotavirus, say the researchers.

But it had not yet been tested on humans, and could take a decade before a final product is ready for distribution, says one of the study's authors Yoshikazu Yuki, of the University of Tokyo in Japan.

The WHO has recommended since 2009 that rotavirus vaccines be included in national immunisation programmes.

The reasons for the drop in effectiveness are not yet established, but weakened immune systems are a likely factor says Miren Iturriza-Gomara, a virologist at the UK-based University of Liverpool and one of the study's authors.

MucoRice-ARP1 could complement existing vaccine schedules. It would not be a substitute for a vaccine, she says, "but it's something that in certain situations could be very helpful".

For example, the rice could be given to children under two years old when rotavirus infection is most likely to prove fatal.

The research team found that MucoRice-ARP1 is most effective when consumed as a powder diluted with water, although the antibodies could also be ingested either in cooked rice or by drinking the water in which MucoRice-ARP1 is boiled.

Previous clinical trials in Bangladesh have already established that the antibody arp1 can protect against rotavirus.

Originally found in llamas, arp1 is ideal for oral immunotherapy as it is not readily digested by the acids in the human stomach, according to Iturriza-Gomara.

"Llamas produce single-chain antibodies which have two important properties: one, they are very small and can reach areas of the pathogen which otherwise might not be reached by other antibodies and also because they are single-chain they are very resistant," Iturriza-Gomara says. "Normal human antibodies are dual-chained. If you eat it and it goes through the stomach, the acid will break it and therefore it won't be active in the intestine which is where you want it."

MucoRice-ARP1 would have to be eaten regularly to ensure protection.

"Once you have engineered the rice, then it's just a matter of growing it," says Iturriza-Gomara. She says the ease of growing rice, and the fact that it is widely produced as a staple food make it a good vehicle for delivering the antibody. "It can also be stored for years without changes in its edibility," she says.

While the initial results are promising, says Mathuram Santosham, a leading rotavirus researcher at Johns Hopkins University, United States, "substantially more research is needed to understand the potential impact of this intervention in humans".

"In the meantime, it is important to remember that we have highly effective tools, which are available now, including rotavirus vaccines, oral rehydration solution and zinc supplementation," Santosham says. "We must ensure that all the currently available tools are made available to every child in the world."