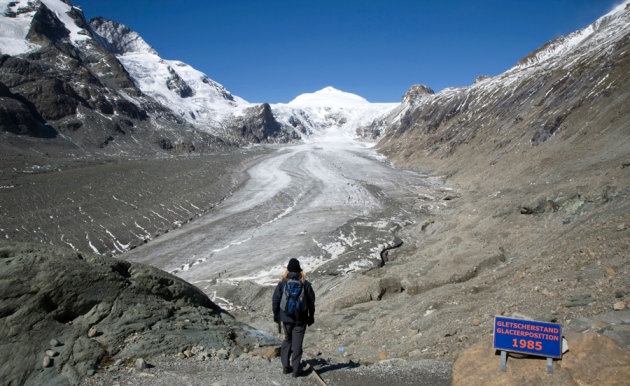 In preparation for international climate talks in Paris this December, a scientific panel has completed a technical evaluation of the meeting’s official goal — to keep the global average temperature within 2 °C of pre-industrial levels. Scheduled for release as soon as 3 April, the panel’s report will assess prospects for meeting this goal as well as impacts on environment and society that are likely to occur well before that threshold is breached, feeding into a potentially explosive debate about whether the target should be set even lower.

“We have provided a substantive basis for the political discussion,” says Andreas Fischlin, an ecological modeller at the Swiss Federal Institute of Technology in Zurich and co-facilitator of the process.

The 2 °C goal encountered intense opposition when it was formally adopted in Cancún, Mexico, in 2010. Led by low-lying island nations and many of the poorest countries — which are likely to be hit hardest by rising seas and extreme weather — a solid majority of nations in the United Nations Framework Convention on Climate Change called for a formal review into whether the goal should be lowered to 1.5 °C. The bulk of support for the 2 °C goal comes from wealthier industrialized nations, which can more easily adapt to the changing climate.

For many poor countries, the debate is about social justice, says Petra Tschakert, a geographer at Pennsylvania State University in University Park who participated in the process. Scientifically, Tschakert says, a goal of 1.5 °C is clearly more protective of vulnerable populations. But developing countries recognize that meeting the 2 °C goal, let alone 1.5 °C, will be exceedingly difficult on the basis of current emissions trends. What they seek, she says, is a benchmark that they can use in Paris to fight for ‘loss and damages’ — monetary compensation paid by the biggest greenhouse-gas emitters to the poorer countries most harmed by warming.

“The real question is whether or not the high-income countries, the big polluting countries, are willing to pay loss and damages to countries that bear the brunt of the impacts,” she says. “Vulnerable countries have no other leverage within this political process.”

The history of the 2 °C goal extends back four decades. At the time, researchers argued that it would be wise to keep Earth’s average temperature below the upper bound of the 10 °C range that has prevailed naturally over the past few hundred thousand years. It has become increasingly clear, however, that temperatures are destined to soar well beyond anything that humans have ever witnessed. Even if countries keep to the emissions pledges they have made up to now, climate models predict that the world is on track for about 3 °C of warming this century.

At the same time, a growing body of research suggests that ecological and economic impacts are already occurring with the 0.8 °C of warming that has already occurred. These impacts will increase in severity as temperatures rise. Damage to coral reefs and Arctic ecosystems, as well as more extreme weather, can all be expected well before the 2 °C threshold is reached, Fischlin says. But the panel had a hard time pinning down specific benefits that would accrue if warming were limited to 1.5 °C.

“The science tells us that 1.5 °C might be considerably better,” Fischlin says. “But the uncertainties are often so large that they do not warrant a robust finding which would distinguish between those two worlds.”

Some researchers argue that the international community should adopt more meaningful measures such as  atmospheric carbon dioxide concentration, which has steadily risen in the past half-century in association with a rise in emissions, from about 320 parts per million to 400 parts per million.

“There’s been a very strong incentive for governments to make bold claims about long-term goals that they cannot deliver on,” says David Victor, a political scientist at the University of California, San Diego. “If you start setting goals in terms of emissions, you get closer to what real governments and firms have control over.”

Victor acknowledges that it may be politically impossible to get rid of the temperature target this year, but he says that negotiators are at least talking about another long-term goal: bringing net emissions to zero later this century. This would require drastic reductions in industrial greenhouse-gas emissions as well as reforestation and other land-use strategies that can pull carbon out of the atmosphere.

Fischlin says that the review should help to clarify one thing for policy-makers: over the short term, there is little practical difference between a 1.5 °C world and a 2 °C world. In both cases, governments must take immediate and aggressive action to start to steer the global emissions curve away from its upward trajectory. Some modest good news on that front came on 13 March, when the International Energy Agency in Paris announced that carbon emissions remained flat in 2014, the first time that has happened outside an economic recession.

“The big question now is whether we are going to start turning things around,” Fischlin says. “This is more important than the precise details of the long-term goal.”