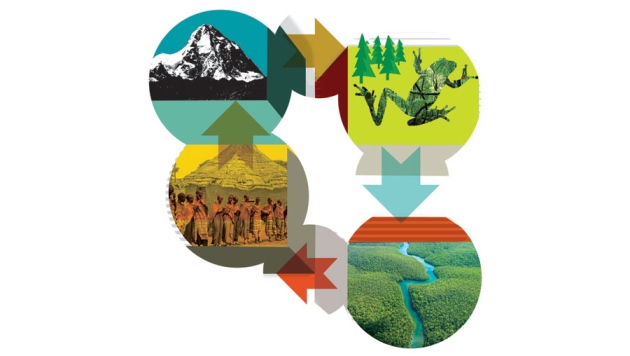 Climate change, the threat of pandemics, population growth, food security and the loss of biodiversity and ecosystem services demand a new kind of ecology — one that focuses on how whole communities of organisms, at the scale of landscapes or catchments, interact with people and the physical environment.

The advances in ecology in the past century have hugely improved our understanding of species interactions, such as those between hosts and parasites or between predators and prey, as well as population dynamics, food-web dynamics and how organisms adapt to their local environments. Such gains have come mostly from a combination of theory and modelling, and carefully designed long-term laboratory or field experiments1 in places as diverse as the Serengeti Wildlife Research Centre in Tanzania and the University of Oxford's Wytham Woods site, UK. Indeed, historically, careers in ecology have tended to revolve around the 'ownership' and analysis of a personal study system or a painstakingly curated data set.

In part because of this history, there are few general theories for how multiple species respond to perturbations, such as disease or shifting weather patterns, at the community level2, 3. This is a major problem for what is becoming known as global-change science.

The British Ecological Society, founded in 1913 “to promote and foster the study of Ecology in its widest sense”, has been key in disseminating knowledge among ecologists over the past few decades, by publishing leading journals and organizing academic meetings, and through its increasing presence in education and policy. As its outgoing president, however, I worry that in today's world, there are more pressing demands. And, as for other scientific societies that are reliant on revenue from academic journals, the shift to electronic and open-access publishing could weaken its business model.

A new role for the BES and similar societies could be to help drive the kind of ecological understanding that would guide and inform efforts to address today's greatest global challenges.

No matter how intriguing the details and well understood the dynamics and processes, the results of small-scale ecological studies are difficult to tie into models simulating Earth systems such as the climate, ocean circulation or the water cycle. Yet as long as researchers model such systems without taking ecological processes into account, they risk missing significant feedbacks, thresholds and constraints.

Insights from long-term studies, for instance of red deer on the Scottish isle of Rum, or of various species inhabiting Yellowstone National Park in Wyoming, must be tied into global-change science. In fact, a new kind of ecology is needed that is predicated on scaling up efforts, data sharing and collaboration4–8. This would link up with related disciplines in the environmental, social and physical sciences, and focus much more on meta-analyses and synthesis. We need to identify general trends, such as the effect of a change in temperature on animal dispersal and the knock-on consequences for ecosystems, and draw general conclusions, for instance on how the practices of local fisherman affect the health of fisheries. A few scaled-up ecological models do exist, notably the emerging Madingley model, which is an attempt to simulate global ecosystems9. But many more are needed.

The European Research Council, UK research councils and the US National Science Foundation are being increasingly sparing with grants to single investigators. Instead, the trend is to award larger sums (US$2 million to $10 million) to multi-skilled teams of researchers tackling broad environmental questions. Presumably, it is easier and cheaper to give large sums to a few people than smaller sums to many different recipients. But this preferential funding of large-scale programmes can penalize people who are still in the early stages of their careers, because researchers are likely to be invited into such teams only after they have established themselves. It also threatens the funding of long-term ecological studies, some of which are already proving invaluable to better understanding the ecological consequences of human-induced alterations, such as climate change.

Societies such as the BES, the Ecological Society of America, the Society for Conservation Biology and related scientific societies for meteorology, geology and geography could help to forge a new ecology that would be both inclusive and innovative. Goals would be shaped by scientists, policy-makers and users of the resulting science, rather than by recent publishing trends — which is often what drives allocations from funders at present.

Like most scientific societies, the BES relies mainly on revenue from owning and publishing academic journals, such as the Journal of Ecology and the Journal of Animal Ecology. These days, however, open-access journals, and publishers offering libraries and institutions bulk deals for access to many journals, have made individual subscriptions less necessary. In many societies, membership — which for young researchers is now more about access to conferences, researchers with shared interests, and links to industry and policy than to journals — has been falling in recent years. 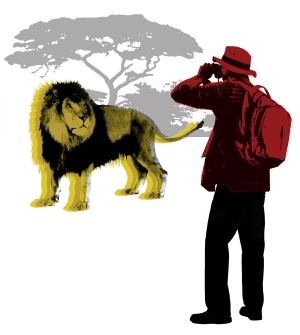 I believe that the mass of expertise and breadth of focus from basic science to policy found among members of the BES and other societies, as well as among their contacts and collaborators, could be used to help identify the grand challenges for ecology and environmental-change science, and to design and develop research priorities.

To harness this knowledge, society staff need to bring the right people together, for instance, through focused meetings, and by funding placements for scientists in government and in industry. Research councils and industry may be willing to fund such activities on the grounds that the resulting collaborations would help to address their own problems and questions. Schemes run by the BES, such as those placing PhD students in the UK Department for Environment, Food and Rural Affairs, are hugely beneficial to everyone involved. Such efforts need scaling up.

Furthermore, huge gaps in the science and supporting technologies need to be closed in many areas, from remote sensing and ecological modelling to 'environmental genomics' — the study of genome-level interactions with the environment. Citizen-science innovations such as iSpot, an online forum for sharing skills and knowledge for species identification, illustrate the potential both to improve people's knowledge of plants and animals, and to monitor changes in species' phenology, abundance and distribution at low cost.

Scientific societies could help to drive the expansion of such data-gathering technologies in which the interests of users, producers and researchers align. For instance, iSpot, currently a UK-based initiative, would have enormous value globally. Societies could also facilitate the bringing together of related, but operationally disparate, projects to achieve some common goal.

Often missing from large-scale studies of the environment and our interactions with it, is the crucial first step of framing, testing and reframing the conceptual basis for the work. From my experience as a coordinating lead author in both the Millennium Ecosystem Assessment (MEA) and the UK National Ecosystem Assessment, this is key to achieving interdisciplinary understanding of terms and concepts and to articulating the most important questions. For example, in the case of the MEA, identifying outcomes related to human well-being — such as food security or freedom from health problems — and the main drivers of ecosystem change related to ecosystem services, allowed experts from diverse disciplines to undertake the large, complex assessment of the world's ecosystems.

By mediating this kind of conceptual framing for global-scale problems, numerous scientific societies would have a way to support their disciplines and keep them relevant to society — now and in the future.