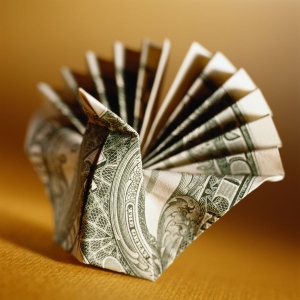 The cash needed to conserve the world's species is a small price for biodiversity's “goods and services”, researchers say.

Protecting all the world's threatened species will cost around US$4 billion a year, according to an estimate published today in Science1. If that number is not staggering enough, the scientists behind the work also report that effectively conserving the significant areas these species live in could rack up a bill of more than $76 billion a year.

Study leader Stuart Butchart, a conservation scientist at BirdLife International in Cambridge, UK, admits that the numbers seem very large. But “in terms of government budgets, they’re quite trivial”, he says, adding that governments have already committed to taking this action in international treaties — they just did not know how much it would cost.

The researchers also point out that the annual costs of proper conservation are but a fraction of the value of nature's ‘ecosystem services’, such as pollination of crops and carbon sinks, estimated at between $2 trillion and $6 trillion. “These sums are not bills, they’re investments in natural capital,” says Butchart. “They’re dwarfed by the benefits we get back from nature.”

Under the internationally agreed Convention on Biological Diversity (CBD), governments have committed to meeting 20 conservation targets by 2020, including improving the conservation status of threatened species. To come up with numbers for how much this might cost, Butchart and his team asked experts on 211 threatened bird species to estimate the cost of lowering the extinction risk for each species by one category on the Red List of the International Union for the Conservation of Nature.

The researchers concluded that improving the status of all the world’s 1,115 threatened bird species would cost between $875 million and $1.23 billion a year for the next decade. Adding in other animals raises the number to between $3.41 billion and $4.76 billion a year.

Another target of the CBD is to protect 17% of the Earth’s land surface. Estimates for this are harder to make, but by extrapolating from known land prices and management costs Butchart and his team put the number at $76.1 billion a year.

Exactly how much is now being spent to meet the convention’s targets is unclear, but spending will need to increase by “at least an order of magnitude”, Butchart says. And although there is a large amount of uncertainty in these numbers, governments can still use them to begin planning ways to meet the targets they have already agreed to.

Henrique Pereira, who works on international conservation issues at the University of Lisbon in Portugal, says that although there are uncertainties inherent in extrapolating from birds to all species, the work is an “extremely smart paper”.

“For the first time we have an estimate of how much these targets will cost,” he says. “For any negotiations that occur over the next few years [on CBD targets], these numbers can be used as a reference.”

But Pereira also points out that the figure is for just two of the 20 targets agreed by the CBD. “If you look at the range of targets for 2020, the total bill will be higher,” he says.