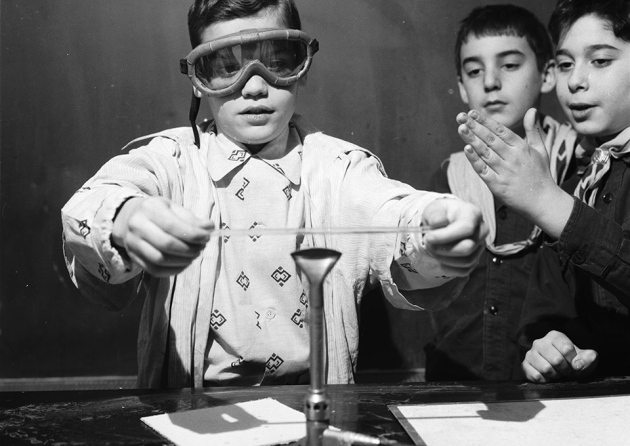 Children from disadvantaged backgrounds are less likely to go into a science career, but those who do will not face pay gaps similar to those that exist between men and women.

Young people with parents in highly paid professions still take most of the jobs in science, an analysis of UK labour data suggests. But once they enter a science career, people from different backgrounds tend to earn similar wages, according to the study.

Sociologists have chronicled multiple ways in which the science community does not reflect the diversity of society — including imbalances in gender, race and ethnicity. Studies often find, for example, that women and minorities face a 'glass ceiling' that prevents them from advancing to the top levels of their careers. Now, Daniel Laurison and Sam Friedman, two sociologists at the London School of Economics, have looked at scientists through the prism of socioeconomic class, looking for evidence of a barrier to entry, or 'glass floor'.

Their study, which appeared on 23 June in American Sociological Review1, looked at data from the UK Labour Force Survey collected in from July to September 2014, when the survey’s questionnaire for the first time included a question about a parental occupation.

Their analysis included almost 44,000 people between the ages of 23 and 69, around 5,000 of whom were high-status professionals, including 256 scientists.

Laurison and Friedman found that if people from a working-class background get a high-paying professional job — such as law, finance and medicine — they earn about 17% less than people from privileged backgrounds. But for those in science professions, there is no difference in earnings.

Still, the study found that only 15% of scientists in the United Kingdom come from a working-class background.

Louise Ashley, a sociologist at Royal Holloway, University of London, says that the findings support her suggestions that class tends to matter more in fields where knowledge is less objective. Educational advantages do pose barriers to entry into science, she says. “But where these barriers are overcome, we might expect the role of social class to fade in relation to objectively measured expertise.”

For Malcolm Brynin, a sociologist at the University of Essex in Colchester, UK, the results are not surprising, given that the higher-education sector experiences a glass-floor problem. For example, a study commissioned  in 20132, by the Sutton Trust — a non-profit organization that focuses on educational inequality — showed that in Australia, England and elite public colleges in the United States, children with professional parents are about three times more likely to enter a high-status university than those with working-class parents.

But Brynin also points out that the numbers in the study are small, which makes its results less reliable. “This problem is compounded by the fact that occupations are recorded with a fairly large amount of error,” Brynin says.

Friedman says that he and Laurison have recently repeated their analysis with twice as many data, adding statistics from 2014 and 2015, and found highly similar results. In follow-up work, the authors also looked at data from the French Labour Force Survey. “The science-specific results in both France and the United Kingdom are strikingly similar,” Friedman says.