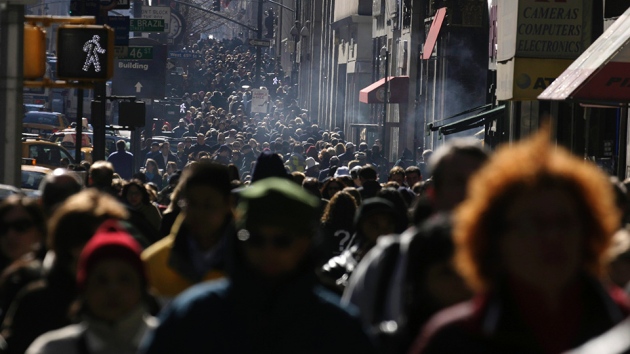 The US Precision Medicine Initiative aims to collect health and genetic data from 1 million people.

After dozens of unsuccessful treatments, Eric Dishman started to suspect that his illness was due to something other than the rare kidney cancer he was diagnosed with in 1989. Five years ago, he had his whole genome sequenced, then gave the data to oncologists — and learned that he had a different type of cancer altogether.

He was treated successfully, and remains cancer-free. “I was an early prototype for precision medicine,” he says.

Dishman now leads the health and life-sciences division of microprocessor giant Intel in Banks, Oregon. He is also a member of a working group run by the US National Institutes of Health (NIH) for the Precision Medicine Initiative (PMI) — a US$215-million project to collect data on genomes, health records and physiological measurements from 1 million participants, to learn how genetics, environment and lifestyle influence disease risk and the effectiveness of treatments.

Next month, the group is expected to release a project plan. Observers are eager to learn its answer to a key question: how much information about disease risk, especially genetic data, will the project share with participants?

That issue is the subject of much debate. Dishman and others say that participants should at least have the option to see all their personal data so that they can investigate their own health, just as he did. But some specialists in the field say that showing participants their data is irresponsible, because the information is challenging for people to interpret and its significance is often uncertain.

Most genetic variants linked to disease increase risk only slightly, yet people who discover that their genome holds such a variant might worry excessively or seek unnecessary medical tests. Or they might do nothing: the limited research on how people react suggests that, far from causing panic, information about common variants of small-to-moderate effect does not seem to motivate people to make recommended long-term behavioural changes to lessen risk. “Unless you give people the tools and the skills to deal with the raw data, I don’t see how you could give them the raw data,” says Brian Van Ness, a geneticist at the University of Minnesota in Minneapolis.

Others counter that letting researchers choose what information to share with participants is paternalistic. “I don’t know why we’re so afraid of the genome that we say it’s dangerous for people to have this information,” says Sharon Terry, director of the Genetic Alliance in Washington DC. “All of us live with all kinds of uncertainty all the time.”

The NIH, together with US President Barack Obama, who officially launched the PMI in his January 2015 State of the Union speech, says that it wants participants to be active partners in the research. And given the programme’s large size and high profile, the working group’s choices could establish a precedent for similar projects. “What’s implemented in this cohort will be the future of research,” says NIH working-group co-chair Bray Patrick-Lake, who works in patient engagement in research at Duke University in Durham, North Carolina.

“All of us live with all kinds of uncertainty all the time.”

Dishman, for his part, favours a tiered system in which each participant decides how much data to receive. Although he credits his eventual cancer cure to his analysis of his own genome, he says that not everyone has the education or the desire to interpret genetic information. If the PMI achieves its goal of recruiting a diverse population, Dishman says that it will probably include some participants who would rather not receive their genetic data. “There are so many psychological, emotional and cultural responses, and you can’t just create blanket policies,” he says.

Patrick-Lake says that the group is developing a policy that could apply to the whole initiative, although discussing what that will be would be premature.

If the working group does decide to give participants access to their data, it will have to address many issues related to the transaction. US law requires genetic data used for clinical decision-making to be of higher quality — and thus more costly to produce — than data used only for research. So sharing data could drive up costs. The project will also need to decide on questions such as whether to release data to the families of participants who have died.

Historically, most studies have not given raw data to individuals, especially if the findings do not reveal any information that participants could use to improve their health. But public opinion on data sharing seems to be shifting towards openness, says Susan Wolf, who studies public-health law and bioethics at the University of Minnesota. “We’re past the era when scientists can simply take specimens, generate data with great health importance, and decline to offer any of that data back to people.”

The UK Biobank in Stockport, which is enrolling 500,000 people, collects genomic and health data but does not return individual results to participants. That was the simplest logical approach when the biobank was set up in 2007, says executive director Rory Collins, an epidemiologist at the University of Oxford, UK, who is a member of the NIH working group. “If the UK Biobank was set up now, it’s plausible that a different decision would be taken,” he says. “I think the Precision Medicine Initiative may take a different decision.”

This story originally stated that an NIH working group would create a blanket data-sharing policy for the Precision Medicine Initiative. It has been corrected to reflect that the panel is developing a policy that can accommodate participants' varying interest in seeing their own genetic information.