As 2011 dawned, leading Japanese geneticist Yusuke Nakamura was launching a cabinet-level innovation office that he hoped would spur the country's stagnant biomedical industry. By the year's end he was preparing to leave for the University of Chicago in Illinois, frustrated by Japan's lack of support for genomics and doubtful that the country would ever take a global lead in medicine.

Nakamura has been a major force in Japanese science, with more than 1,150 publications to his name. He is one of the country's best-funded researchers and has led some of Japan's biggest science projects. In addition, he is a successful biotechnology entrepreneur, having established the company OncoTherapy Science, based in Kawasaki City. 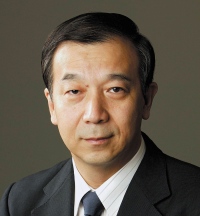 Yusuke Nakamura: “By moving to the United States, I might be able to bring something back.”

But he has also been the target of criticism, both from opponents of 'big science' and from those who thought that his cancer-genetics research at the University of Tokyo put clinical science ahead of participants' rights1 — a charge he rejects.

Some argue that Japanese science can shrug off Nakamura's departure. “He's not the only one that can do genomics,” says Yuko Ito, a molecular biologist and science-policy researcher at the National Institute of Science and Technology Policy in Tokyo. “Genomics has gone far in many directions, been incorporated in so many other fields. It doesn't depend on one person.”

But Tatsuhiro Shibata, head of genomics at the National Cancer Center Research Institute in Tokyo, says he is “very worried” by the move, adding that Japan has lost a strong lobbyist for the field. Without Nakamura's leadership, Shibata fears that Japan will fall further behind countries that are pressing ahead in genomics, such as China2.

Some biologists still feel ashamed that Japan contributed only 6% of the human genome sequence published in 2001 (by contrast, the United States provided 59%). The country rebounded, largely as a result of Nakamura's efforts, by contributing about one-quarter of the International HapMap Project in 2005, which compared variations between human genomes3. But since then, money for genomics research in Japan has dried up. The country is leading just 1 of 50 projects under the International Cancer Genome Consortium, for example, compared with the United States' 20 and Mexico's 3.

Shibata says that genomics has lost out because of Japan's shift to post-genomic research, which saw large-scale projects launched to investigate subjects such as protein structure4. Nakamura blames a more general rejection of “big science” and clinical applications by the “basic scientists” involved in science policy-making. “It's obvious that support for genomics is not there,” he says.

Speaking to Nature from his office at the University of Tokyo, Nakamura says that the loss of government support for genomics accounts for 20% of his decision to leave. The opportunities at Chicago, which recently opened a Center for Personalized Therapeutics that will incorporate genetic information into routine clinical practice, contributed another 30%. And 10% came from a tussle with the newspaper Asahi Shimbun over the way a story linked him with a cancer-vaccine clinical trial in which a participant experienced an adverse reaction, he says. He is suing the paper and two journalists.

But the remaining 40% — the biggest single factor — is that he felt powerless at the government's new Office of Medical Innovation. A year ago, he hoped to resuscitate Japan's moribund pharmaceutical and medical-device industries, and redirect its ballooning health-care outlays from foreign pharmaceutical coffers to domestic companies. Nakamura laments that none of the cancer drugs approved by the US Food and Drug Administration in the past decade came from Japan, and he has pushed for innovations such as a national high-throughput drug-screening facility5. He has also tried to persuade the government to integrate his plans into the economic stimulus programme that followed last year's earthquake and tsunami. But, he says, flatly, “my proposals were not taken”.

He acknowledges that the government is investing in biomedicine as part of its quake-recovery plan. A ten-year, ¥64-billion (US$835 million) initiative launched in November — tentatively named the Tohoku Medical Megabank — aims to create the world's largest collection of biological samples at Tohoku University, which is in the quake region. But Nakamura says he was left out of the planning. “The innovation office plays no role. I had nothing to do.” To add to Nakamura's frustration, it is unclear how Megabank will link to the existing BioBank Japan, a project he initiated that now holds about 200,000 samples (see 'Biobank, meet Megabank: Japan plans another huge tissue repository').

Japan is moving to establish a massive patient-sample bank — the Tohoku Medical Megabank — using stimulus money provided to boost the economy and replace infrastructure in the northeastern region devastated by a tsunami last March.

Masayuki Yamamoto, a cancer biologist at Tohoku University who is expected to lead the programme, says that in the first three years samples will be gathered from 70,000 healthy people from about 10,000 three-generation families; and from another 80,000 unrelated people. This will provide a resource for studying the relationship between genes and lifestyle factors in disease. The third cohort, to follow several years later, will target patients with specific diseases. How the Megabank will link in with the country's current repository, BioBank, remains to be seen.

The Megabank will be supported by medical facilities in the Tohoku region, where reconstruction plans include an electronic medical records system, which will help with the sharing of genetic and other data. Launched with ¥15.8 billion (US$207 billion) from a supplementary budget passed in November, the Megabank is expected to receive roughly ¥5 billion per year for the next decade.

University of Tokyo vice-president Yoichiro Matsumoto, a mechanical engineer who will take over Nakamura's role at the innovation office, shares his sense of crisis. “If we don't create an innovation system now, we'll be sunk,” he says. He hopes to make the office useful by creating networks of researchers to support national projects such as the Megabank. Although he credits Nakamura as a brilliant scientist, he adds that his strengths lie more in research than administration and networking.

Atsushi Sunami, a science-policy researcher at the National Graduate Institute for Policy Studies in Tokyo, blames Nakamura's departure on bureaucracy and a lack of political leadership, rather than a fundamental problem with medical innovation. “I think he just couldn't handle the system” of Japanese government, Sunami says.

When Nakamura returned to Japan in 1989 from a position at the Howard Hughes Medical Institute at the University of Utah in Salt Lake City, he says, his ambition “was to make drugs in Japan and provide them to Japanese patients”. But now, he says, “if I stay, I wouldn't be able to make anything. By moving to the United States, I might be able to bring something back.”