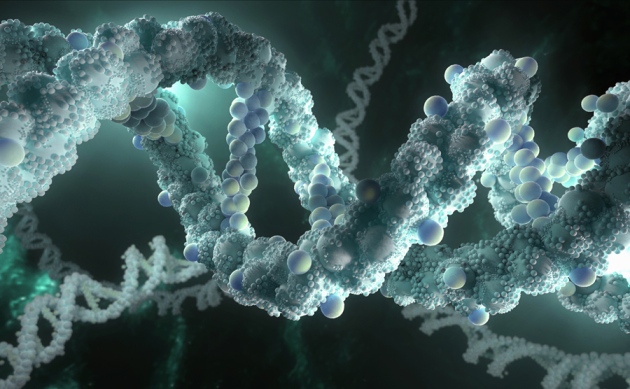 Current technology for sequencing a person's whole genome does not always capture data on key genes.

Sequencing a person’s entire genome can reveal potentially life-saving information about the presence of mutations associated with diseases. But there are drawbacks — a study published this week finds that current sequencing technology does not always capture the complete genome, and illustrates the challenges of interpreting what the results mean for an individual patient1.

“There are many steps that have to be worked out to ensure that we gain the most health-care benefit,” says William Feero, a physician at the Maine Dartmouth Family Medicine Residency in Fairfield, Maine, who was not involved in the study.

Researchers at Stanford University in California, examined whether a whole-genome scan could identify disease risks in healthy people — a use of the technology that is within financial reach as the cost of sequencing drops.

The team of doctors, genetic counsellors and scientists report today in the Journal of the American Medical Association that it sequenced the whole genomes of 12 people with no diagnosed genetic diseases, looking for genetic mutations that might cause disease. Every patient was found to have 2–6 such mutations, and one woman found out that she carried a mutation in the gene BRCA1, which is linked to greater risk of ovarian and breast cancer. She opted to have her ovaries removed as a result.

But the researchers, led by cardiologists Euan Ashley and Thomas Quertermous, also found that between the two genome sequencing services they used — Illumina, based in San Diego, California, and Complete Genomics, based in Mountain View, California — 10–19% of genes known to be linked to disease were not adequately sequenced. So doctors might have missed finding harmful mutations in these genes. The two services also disagreed two-thirds of the time about the presence of a particularly worrisome type of mutation — the addition or deletion of parts of genes linked to disease.

Deciding what these results meant for patients was not easy. The study clinicians often disagreed about what patients should do in light of the findings about their genomes — for instance, whether a particular mutation meant that the patient should undergo further testing.

“We’re very excited about the idea that genome sequencing can transform medicine,” Ashley says. “We need to apply some tough love and be really honest about what we can be confident about with this technology and what still needs a bit of work.”

On the bright side, the researchers found that the cost of whole-genome sequencing was lower than they expected. Ashley estimates it costs about US$11,000 to sequence one person’s genome and interpret the data. Follow-up testing for people in the study cost less than $1,000 per person, indicating that the adoption of whole-genome sequencing is not unleashing a flood of expensive downstream procedures.

Whole-genome sequencing is not yet widely available to most people, but Stanford University has just launched a pilot programme — based in part on this study — to offer it in its hospitals. The first people to get it will be patients who have some reason to undergo genetic testing, because such tests are now often comparable in price to whole-genome sequencing. “If this gives you more for less money, it will be a no-brainer to move towards it,” Ashley says.