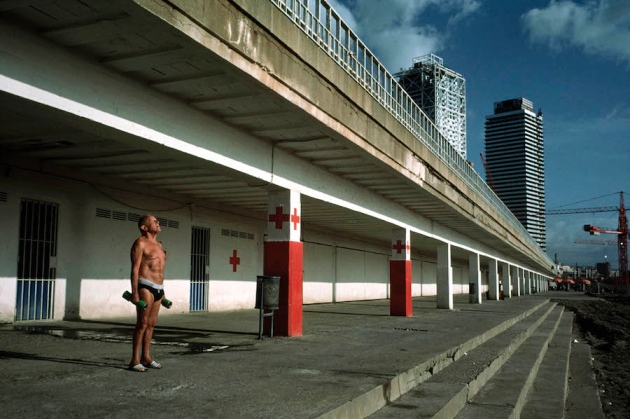 Scientists who have studied the genomes of hundreds of healthy older people say that one of their secrets might be genetic protection against the loss of mental function.

The researchers' study, published on 21 April in Cell1, is the largest ever to sequence the genomes of people who have lived long, disease-free lives. Cardiologist Eric Topol of the Scripps Translational Science Institute in La Jolla, California, a leader of the work, says that one of the most difficult challenges was simply to find people who have lived to an old age (around 80 and upwards in this instance) without suffering autoimmune disease, blood clots, most cancers, diabetes, dementia, heart attack, kidney failure or stroke.

Topol’s daughter Sarah drove to retirement facilities throughout southern California to recruit people without these conditions, and who were not taking any medication, for the study. Recruits from elsewhere in the United States and other countries heard about the study through word of mouth.

“They’re too smart to go to doctors or be in hospitals so you would never get them in a medical center — you have to go to them,” Topol says.

One of the big questions that his group wanted to address was whether these 'Wellderly' (well elderly) are genetically different from either people who don't reach very old age, or those who do thanks to medical interventions (such as drugs for controlling blood pressure or cholesterol). The team compared the sequenced genomes of 511 long-lived well elderly people with those of 686 adults who had been sequenced for a different study and represented the general population.

Old as time: What we can learn from past attempts to treat aging

The scientists found that, as a group, the well elderly had a lower genetic risk of Alzheimer’s disease and coronary artery disease than the control group, but were at roughly the same genetic risk of developing diabetes and cancer. Ten of the long-lived volunteers, and none of the control population, carried rare variants of a gene called COL25A1, a gene that has been associated with the brain plaques seen in patients with Alzheimer’s disease. This result was not statistically significant, but the study authors suggest that this may be because of the small number of well elderly people available.

Topol says that the results suggest that healthy long-lived people are genetically distinct from people who reach extreme old age having survived major health problems. Other researchers think that the jury is still out. Marian Beekman, a genetic epidemiologist at Leiden University Medical Center in the Netherlands, says that the well elderly are also more educated, on average, than the general population — and higher educational attainment is known to be associated with longer lifespan. This makes it difficult to tell whether the Wellderly live longer because of genetic protection from cognitive decline, or because they are more aware of disease risk and have better access to preventive medical care.

Beekman also says that the study shows some of the limitations of large genetic-sequencing studies aimed at understanding health and disease risk. She argues that the findings could have been uncovered with a study of genetic variants, called single nucleotide polymorphisms (SNPs) — a quicker and cheaper way to look at genetic risk than using full genetic sequencing.

The project may be the largest ever case-control study — a type of study that compares people with one condition to those without it — in which the genomes of all participants were sequenced. But it still recruited relatively few people compared with typical genome-wide association studies, which can analyse SNPs in hundreds of thousands of people.

“Researchers want to use the fancy NGS data,” Beekman says, referring to next-generation sequencing. “But we do not yet know how it could be of value in population genetics, because there is not enough data around to make significant observations.”