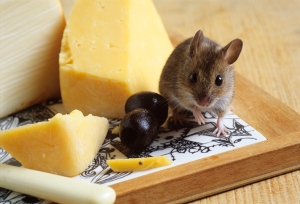 Mice with olfactory defects can have their sense of smell restored through gene therapy.

Gene therapy can fix a defective sense of smell in mice by repairing problems with the hair-like structures on their olfactory neurons, researchers report this week in Nature Medicine1. The study suggests that abnormalities in these structures, called cilia, can be treated, but how the findings can be applied to other organs is unclear.

Cilia are found on the surfaces of many types of cell, and they affect various functions, including sensory perception, movement and cell signaling. Damage to cilia as a result of genetic mutation can cause kidney and liver cysts, extra digits, obesity, blindness and hearing loss in mammals.

The mutations and cellular mechanisms that contribute to such ciliopathies have been well studied, but “there's been very little work done in the area of therapeutics”, says study leader Jeffrey Martens, a pharmacologist at the University of Michigan in Ann Arbor.

Because olfactory dysfunction is a common effect of ciliopathy, the researchers examined the olfactory neurons of ORPK mice. In healthy mice, numerous cilia project from the olfactory neurons, but ORPK mice had fewer cilia, and those that remained were shortened and malformed. As expected, these mice also had a deficient sense of smell.

To reverse this defect, the authors inserted a functional IFT88 protein into an adenovirus and then injected the virus into the noses of ORPK mice. The injection restored normal cilia number and structure as well as sense of smell.

Because ORPK mice die young, the authors were unable to conduct behavioural tests in adult mice, but they found that newborn mice injected with IFT88 were better at suckling and feeding — both associated with smell. ORPK mice are usually one-quarter the size of normal mice by three weeks of age, but treated pups showed a 60% increase in body weight.

The demonstration that a ciliopathy can be reversed is impressive, says Joseph Gleeson, a neurogeneticist at the University of California, San Diego, but it’s unclear whether results in the olfactory system will translate to other organs. Olfactory neurons continually regenerate, which is not true of all cells affected by ciliopathies, and some defects may be permanent if cilia do not function correctly during development, Gleeson says.

Martens says that the accessibility of olfactory neurons would be an advantage in translating these results to the clinic — gene therapy could be delivered by a simple injection or even a nasal spray. Gleeson questions whether a missing sense of smell is bothersome enough for patients to seek out gene therapy, which comes with potential risks, including the viral vector spreading to unintended cells, and immune responses. “Most people don’t even know they can’t smell,” he says.

Martens is hopeful that his findings will eventually translate to other organs, however. “I would like to see this move towards correcting blindness or kidney dysfunction,” he says.