Ten years ago, psychiatrist David Skuse met a smart, cheery five-year-old boy whose mother was worried because her son had trouble following conversations with other kids at school. He struggled to remember names and often couldn’t summon the words for simple things such as toothpaste.

Skuse is an expert on language development at the Institute of Child Health at University College London, but he had never encountered anything like the boy’s condition. His scientific curiosity was piqued when the mother, who is bilingual, mentioned her own difficulties remembering words in English, her native tongue. Her mother, too, had trouble recounting what had happened in television shows she had just seen. “The family history of this word-finding problem needs further investigation,” Skuse noted at the time. 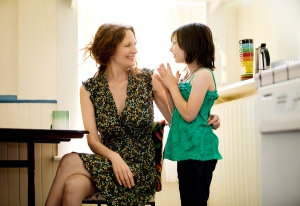 Several generations of one family have similar problems with language, indicating a single genetic mutation may be involved.

About half the members of this family, dubbed JR, share similar language deficits and brain abnormalities. These deficits seem to be inherited across at least four generations, Skuse and his colleagues report today in Proceedings of the Royal Society B1. Identifying the genetic basis of the family’s unique trait — which they call the ‘family problem’ — could help to explain how our brains link words to objects, concepts and ideas.

“It’s like that tip-of-the-tongue moment; you’re struggling to find a word,” says Josie Briscoe, a cognitive psychologist at the University of Bristol, UK, and a study co-author. The researchers tested eight JR family members on a number of language and memory tasks to better understand their deficits.

“A lot of [the affected family members] are women, and they consider themselves stupid,” Briscoe says. “One of them said to me, ‘Well, my husband just thinks I’m stupid and there’s no point in taking me on holiday because I won’t be able to remember it afterwards’.”

Briscoe and her team believe that the family members’ problem is not caused by poor memory or difficulty recognizing things. When challenged to name objects and action words depicted in drawings, family members performed just as well as controls.

But when JR family members erred in those word naming tests, their mistakes tended to occur between conceptually similar words: ‘alligator’ and ‘crocodile’ or ‘denture’ and ‘teeth’. In another test, family members struggled to pick out two words of similar meaning, such as ‘revive’ and ‘resuscitate,’ from a longer list. The same thing happens in real life. At a party, one female family member asked a dog breeder how long she had been “evolving” dogs.

Briscoe suggests that JR family members struggle to properly associate words with concepts and meaning — the sort of ability that allows us to hear the word ‘apple’ and automatically associate it with a fruit that is red and grows on trees.

Under the gaze of a magnetic resonance imaging scanner, the brains of affected JR family members looked slightly different from their controls. They tended to have less grey matter — neurons and glial cells — in brain regions that have been linked to processing word meaning in healthy adults and in people with a neurological condition called semantic dementia. But unlike the symptoms of semantic dementia, the language problems of JR family members do not worsen with age, Briscoe says.

Briscoe, Skuse and their colleagues are now beginning to hunt for genes underlying the JR ‘family problem’. A comparison of more than a dozen family members across four generations suggest that the deficit is inherited in a dominant fashion, hinting that the traits could be caused by a single genetic mutation.

“There is the possibility that a single gene is involved, which we don’t know yet. Once you’ve found a gene that’s working differently in a family like this, then you have a whole new way of understanding the biology of an interesting cognitive trait,” says Simon Fisher, a geneticist at the Max Planck Institute for Psycholinguistics in Nijmegen, the Netherlands. He was not involved in the latest study but will collaborate with Skuse and Briscoe in tracking down the gene responsible.

Fisher should know what’s at stake. In 2001 he and colleagues reported that a mutation in a gene called FOXP2 is responsible for profound speech and language deficits in members of a family known as KE2. Just as FOXP2 — sometimes called the language gene — has offered a window into the biology of normal speech and language development, Fisher hopes that a gene identified in the JR family will highlight different, subtler aspects of language cognition. “The potential new knowledge you can get from finding such a gene is enormous,” he says.

But none of this knowledge is likely to offer any quick benefit to the JR family, Briscoe warns.

Instead, affected family members have many strategies for coping with their language problems, such as changing the topic of conversations when they lose track, or using mnemonics and memory tricks. When asked to remember the phone number 750 305, one family member coded it as “three-quarters red” — 750 divided by 1,000 is three-quarters, or 0.750, and a red Ferrari and a Peugot 305 are both cars.

“As much as we think this is exciting and important and revealing,” Briscoe says, “they’re just one family who want to get on with their lives.”