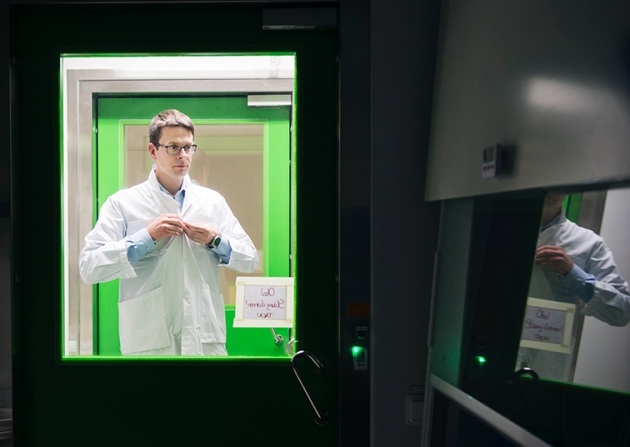 Fredrik Lanner, a stem-cell biologist at the Karolinska Institute in Stockholm, is preparing experiments that involve editing genes in human embryos.

At the Karolinska Institute in Stockholm, Fredrik Lanner is preparing to edit genes in human embryos. It’s the kind of research that sparked an international frenzy in April last year, when a Chinese team revealed that it had done the world’s first such experiments1.

But Lanner doesn’t expect his work, which will explore early human development, to cause such a fuss. A year of discussion about the ethics of embryo-editing research, and perhaps simply the passage of time, seems to have blunted its controversial edge — although such work remains subject to the same ethical anxieties that surround other reproductive-biology experiments. “At least in the scientific community, I sense more support for basic-research applications,” says Lanner, who gained approval for his experiments last June.

His instinct seems to be borne out by the fairly muted reaction to a 6 April report2 of an experiment to edit human embryos — only the second to be published. A team led by Yong Fan at Guangzhou Medical University in China used the gene-editing technology CRISPR–Cas9 to try to introduce a mutation that makes humans resistant to HIV infection.

“I don’t think there is anything wrong with what these scientists have done,” says Sarah Chan, a bioethicist at the University of Edinburgh, UK. “This work isn’t seeking to do what is still ethically in question. It’s not seeking to create genetically modified human beings.”

The ethics committee of the university-affiliated hospital that approved Fan’s work says that it has green-lighted two other embryo-editing projects; such research is ethically sound because it will lead to improvements in gene-editing technology and could help to prevent diseases, a committee spokesperson says.

Last December, an international summit of scientists and ethicists declared that gene editing should not be done in human embryos that are intended for use in establishing a pregnancy — but it endorsed basic research.

“People are more understanding of this research,” says Fan, who points to UK fertility regulators’ approval in February of a proposal by developmental biologist Kathy Niakan to edit genes in healthy human embryos, at the Francis Crick Institute in London.

Fan’s team began its experiments in early 2014 and originally submitted the paper to Cell Stem Cell, Fan says. By the time the manuscript ended up on the desk of David Albertini, editor-in-chief of the Journal of Assisted Reproduction and Genetics, a different Guanghzou-based team had become the first to report human-embryo-editing experiments. That paper1, which tried to correct a mutation that causes a blood disease, fed into a firestorm over the ethics of modifying human reproductive cells (or ‘germline’ modification). Some researchers called for a moratorium even on proof-of-principle research in non-viable embryos.

Albertini, a reproductive biologist at the University of Kansas Medical Center in Kansas City, felt that it was important to publish Fan’s paper to educate scientists and clinicians. He says that the manuscript went through two rounds of review over eight months — twice as long as is normal for the journal — and that he urged the researchers to discuss the ethical issues surrounding germline editing in the paper.

Fan’s paper should help to reassure international observers about the legitimacy of human-embryo-editing research in China, says Robin Lovell-Badge, a developmental biologist at the Crick. More such embryo-editing papers are likely to be published, he adds. “I know that there are papers floating around in review,” he says.“I’d much rather everything was out in the open.” (Fan says that his team is now focusing on improving the efficiency of CRISPR using human stem cells).

Out in the open

Research involving the editing of human embryos will begin soon elsewhere in the world, if it hasn’t done so privately already.

In a Cell paper published on 7 April3, Lanner’s team analysed gene expression in 88 early human embryos and is using those data to identify genes to disrupt in embryos using CRISPR–Cas9. Lanner will discuss the work at a meeting on human gene editing organized by the US National Academy of Sciences and National Academy of Medicine this month in Paris. He says that the experiments could begin in the coming months. 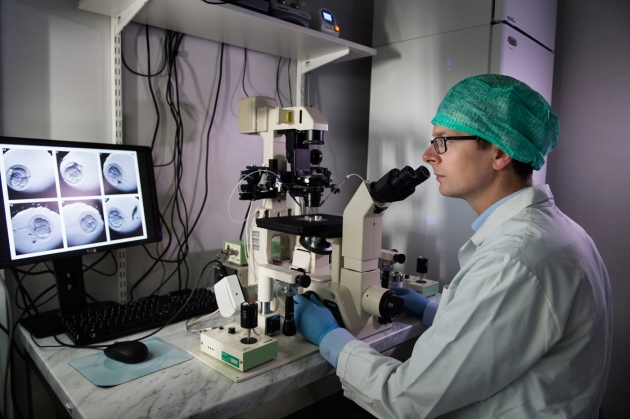 Fredrik Lanner, who will conduct gene-editing in human embryos at the Karolinska Institute in Sweden.

Evan Snyder, a stem-cell scientist at the Sanford Burnham Prebys Medical Discovery Institute in La Jolla, California, says that he doesn’t know of anyone in the United States conducting human embryo editing. But he thinks that US scientists will inevitably take on such research, although federal funding of research on human embryos and germline modification is prohibited. It is important for such research to go forward, Snyder adds, to determine whether technical hurdles would prevent clinical applications.

Norms for conducting and publishing human-embryo-editing work are still taking shape. Snyder says that whenever possible, researchers should use alternatives, such as embryos of non-human primates. And when it is not, they should use only surplus embryos that would ordinarily be discarded from in vitro fertilization clinics.

Both Chinese teams used non-viable embryos, but Lovell-Badge says experiments in normal embryos are also important: to see, for instance, whether CRISPR–Cas9 is more or less effective in such cells.

Some scientists contend that gene-editing experiments designed to probe human development, such as those planned by Lanner and Niakan, are more valuable than experiments that are intended to lay the groundwork for creating genetically modified humans. “At the moment, there seems little point in pursuing long-term clinical goals when there’s so much not known about the technique with human embryos,” says Lovell-Badge.

But Chan thinks there should be ethical latitude for both kinds of research to proceed. “We should give the public the credit for being able to understand the difference between research into genetically modified embryos and genetically modifying human beings,” she says. “I think it’s a good thing if the hubbub dies down a bit.”