Ahead of the Wildlife Photographer of the Year 2013 exhibition at the Natural History Museum in London, Nature’s photography team descended on the WildPhotos conference to hear from some of the winners. 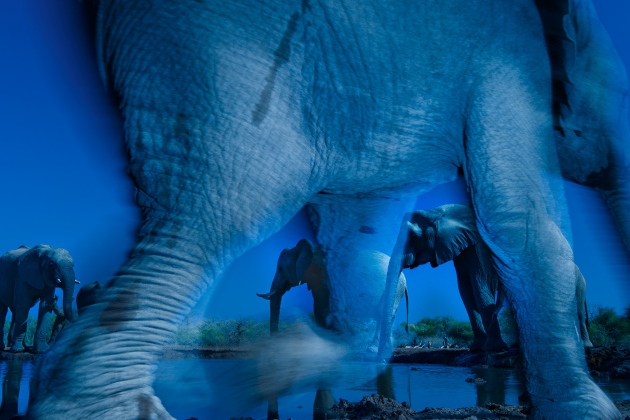 'Essence of elephants' by Greg du Toit depicts the animals at night.

No one could say that Greg du Toit did not earn his images of the birds and big-game animals that visited the water to drink and socialize in Botswana’s Northern Tuli Game Reserve.

Du Toit spent nine months immersed in this busy waterhole — sometimes literally, plunging armpit-deep into the water so that the animals would not pick up his scent. He told the WildPhotos conference, held at the Royal Geographical Society in London on 12–13 October, that he prefers not to use camera traps, and would rather get as close as possible to all of the waterhole’s inhabitants himself. He took this long-exposure image from a submerged hide made from an old shipping container. His reward for this dedication was several bouts of malaria, one rather disgusting skin disease that his doctors linked to baboon faecal matter, and a fresh perspective on Africa's wild animals. This photo, entitled 'Essence of Elephants', was the winner of the exhibition's Animal Portraits award. 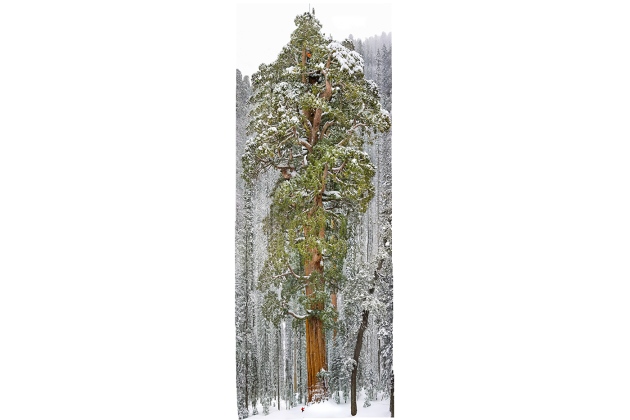 'The President's crown' by Michael Nichols displays a giant sequoia tree (Sequoiadendron giganteum) in all its glory.

To generate this image of 'The President', a 3,200-year-old giant sequoia (Sequoiadendron giganteum) in Sequoia National Park, California, a team of climbers scaled a nearby 75-metre tree and took 84 photographs that would be stitched together (click to enlarge the photo). Michael ‘Nick’ Nichols says that his main job in creating this picture was to sit nervously in a tent at the base of the tree and let out frequent gasps of awe as video from the climbers fed down to his viewer. 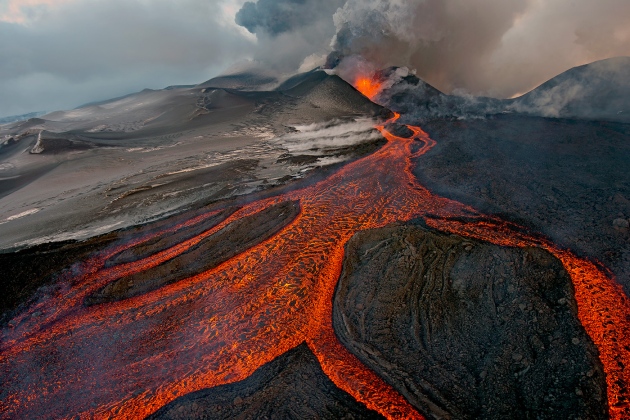 Sergey Gorshkov/Wildlife Photographer of the Year 2013

To take 'The cauldron', Sergey Gorshkov had to approach an erupting volcano by helicopter.

When this volcano on the Kamchatka Peninsula in the east of Russia started to erupt in 2012, Sergey Gorshkov was there. His knowledge of this "frozen paradise" is unprecedented among Russian photographers, and Gorshkov’s ambitious ongoing life's work is to photograph the whole of his country's Arctic region from east to west. His shots of polar bears (Ursus maritimus) and other animals on Russia's Wrangel Island wowed the crowd at WildPhotos. But it was this image, 'The Cauldron' taken in central Kamchatka, that won the Wildscapes section in this year’s competition. 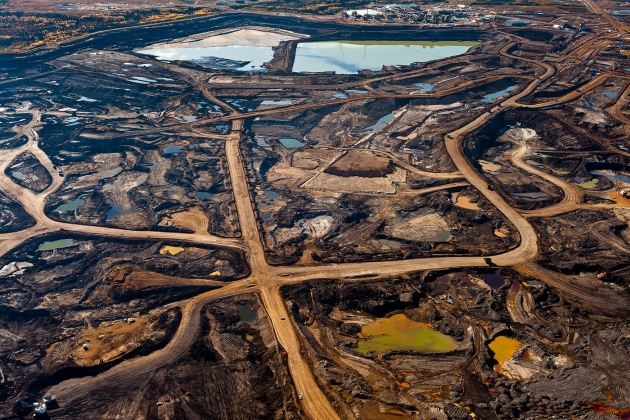 Garth Lenz/Wildlife Photographer of the Year 2013

In 'Oil spoils' by Garth Lenz, an aerial view shows the devastation caused by tar-sands mining in Alberta, Canada.

Garth Lenz speaks passionately about the negative impact that extraction of oil from tar sands has had on the landscapes of his native Canada; this photograph is part of his True Cost of Oil project. To try to capture the scale of tar-sands operations in Alberta, he took to the air in a light aeroplane. His message is that exploitation of the tar sands — which conservationists say is a highly polluting way of extracting fossil fuels — must end if the Canadian government is to face up to the massive problems the planet faces due to climate change. 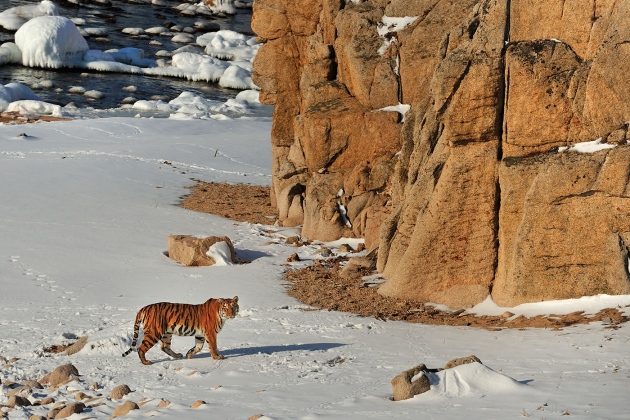 Toshiji Fukuda charmed the conference crowd not only by having learned English especially to talk at WildPhotos, but also for his dedication to photographing the Amur tiger (Panthera tigris altaica) in the wild. Fukuda spent 74 days in a small, specially constructed hut in the Far Eastern Federal District, Russia, waiting for this animal — one of only around 300 Amur, or Siberian, tigers left in the wild. 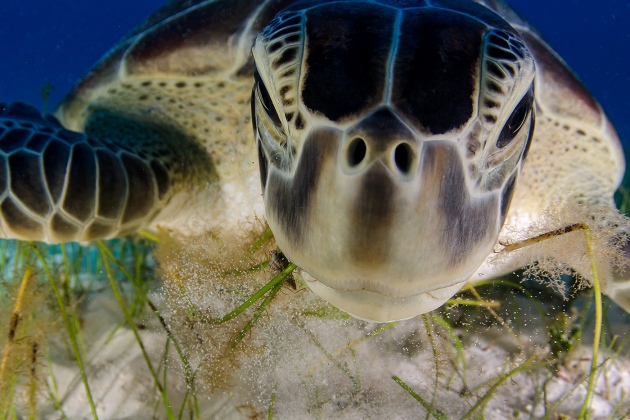 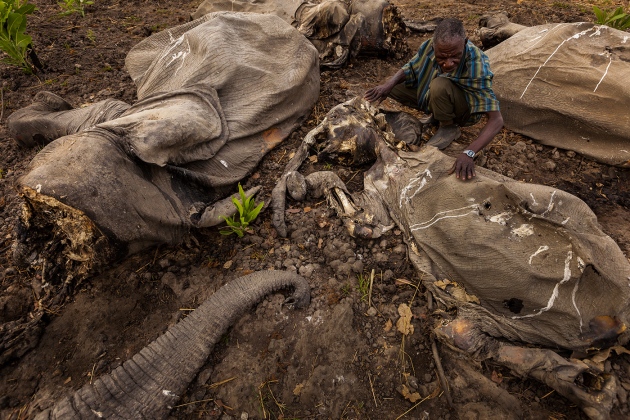 Brent Stirton/Wildlife Photographer of the Year 2013 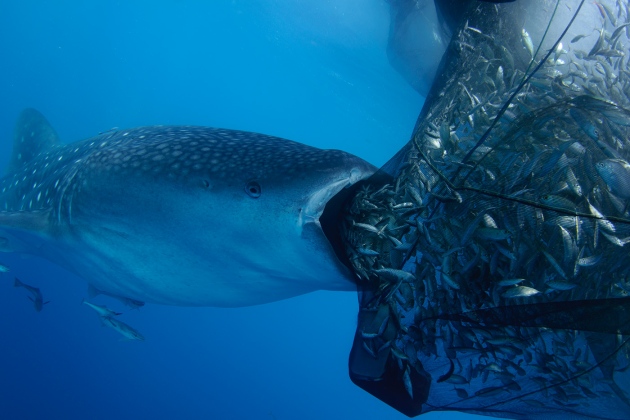 Mike Veitch/Wildlife Photographer of the Year 2013

These pictures and more are on display at the Wildlife Photographer of the Year 2013 exhibition at the Natural History Museum in London, from 18 October.