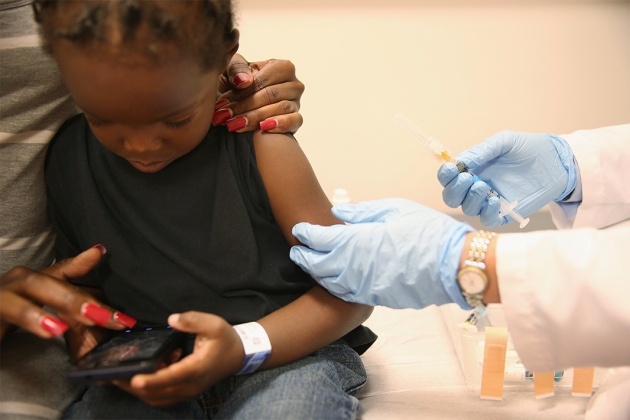 As Republican politicians in Congress push to repeal the health-insurance reforms enacted by former President Barack Obama, public-health advocates are worried about the fate of a US$900-million fund that supports preventive medicine and research programmes.

The health-care overhaul legislation approved by the House of Representatives on 4 May, known as the “American Health Care Act”, would terminate the Prevention and Public Health Fund by the end of 2018. That would save the government $ 119 billion between 2017 and 2026, the Congressional Budget Office said on 24 May. But it would eliminate a steady source of support for initiatives that have been shown to reduce deaths and chronic illness — including vaccination programmes, programmes to prevent diabetes and other chronic diseases and laboratories used in detecting and responding to infectious-disease outbreaks, lead contamination and other hazards.

“These cuts will result in more people dying and higher health-care costs,” says Tom Frieden, the former director of the US Centers for Disease Control and Prevention (CDC).

And those effects could be magnified by any increase in the number of Americans without health insurance, says John Auerbach, president of the Trust for America’s Health, an advocacy group in Washington DC. The Congressional Budget Office analysis concludes that 14 million people in the United States would lose health coverage under the House bill. In 2026, an estimated 23 million more people would be uninsured than would be under the country's current health care law.

The Obama health-care law created the preventive-care fund in 2010 to bolster the CDC’s efforts to improve public health. But the agency’s budget has decreased since then, so it has leaned more on the special fund to sustain and create public-health programmes. If the fund, which now accounts for 12% of the CDC’s annual budget, is eliminated, the agency would struggle to support some of this work, says Frieden. Excluding the fund, the agency’s budget has dropped by nearly $500 million since 2010, to $6.3 billion in 2017. Trump's proposed budget plan for 2018, released 23 May, would slash the CDC's overall budget by 17%, dropping it down to levels not seen since 2004.

In 2016, for example, the preventive-care fund spent $324 million on programmes to educate healthcare providers and the public about vaccines, and to vaccinate children without health insurance. Axing this effort could be costly. The 16 measles outbreaks that struck the United States in 2011 cost up to $5.3 million to contain, according to a study published in Vaccine in 20141. That figure does not include hospital bills for those infected.

The fund also spent $52 million last year to strengthen states’ capacity to monitor, prevent and respond rapidly to outbreaks of food-borne illness, influenza, hospital-acquired infections and other infectious diseases. The CDC estimates that containing such episodes cost the United States more than $120 billion every year. Since 2015, the agency has handled more than 750 of them.

“No one talks about the loss of prevention funds,” says Lawrence Gostin, a health-law and policy specialist at Georgetown University in Washington DC. “They talk about everything else, but the truth is that this is what keeps Americans safe, and losing funds for prevention is penny-wise and pound-foolish.”

The fate of the preventive-care fund now rests with the Senate, which is expected to write its own health-insurance reform bill later this year. But there are signs that the chamber might also take aim at the fund, which leading Republican senators involved in healthcare discussions have criticized as wasteful. Last year, for example, Senator John Cornyn of Texas complained at a Senate hearing that the fund had supported programmes to neuter pets and to encourage urban gardening and cycling.