Today the Japanese government announced that three reactors that suffered meltdowns in early March had officially reached “cold shutdown”. Perhaps inevitably, many in the press are reporting the announcement as a “major milestone” in the Fukushima saga. But in truth, cold shutdown will mean very little in any practical sense for what goes on at the plant. Nor is it likely to change the fate of the thousands of evacuees who were forced to leave their homes after the Fukushima crisis.

First a little bit about what the term technically means. Nuclear power reactors use energy from splitting atoms to heat water until it boils into steam. That steam is in turn used to turn a turbine, which produces power. When the nuclear reactions are halted, the reactor core doesn’t cool off right away. Instead, it continues to heat water to above boiling point. For a set period of time, usually a matter of hours after reactor is halted, it must be cooled actively with recirculated water. When the reactor temperature drops below 100 °C, active cooling is no longer needed in the reactor becomes passively safe. This is known in the business as cold shutdown. 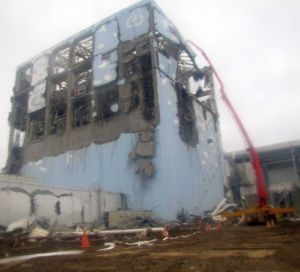 All of the reactors that melted down at the Fukushima nuclear plant are now officially in "cold shutdown".

As of 15 December, temperatures in the three reactor vessels known to have melted down were well below 100°C. According to the latest data from the Japan Atomic Industrial Forum, which tracks the reactors’ vital statistics, unit 1 is now at 38.3°C, unit 2 is at 68.7°C and unit 3 is at 64.1°C. The Tokyo Electric Power Company (TEPCO), which runs Fukushima, had imposed an additional requirement that the release of radioactivity is “under control and public radiation exposure by additional release is being significantly held down”. It has been months since any major release from the reactors, and it seems reasonable to consider this condition achieved as well.

But this is a cold shutdown like no other. Under normal conditions, operators could, theoretically at least, walk away from a reactor once cold shutdown is achieved. No more water needs be circulated, and as long as no one tries to restart the reactor core, it would sit there indefinitely. This is certainly not the case at Fukushima. For one thing, the reactors are leaking, and TEPCO must continue to inject water at the rate of around half-a-million litres a day, according to its latest press release. Moreover, the plant continues to pose an environmental risk, as evidenced by a recent leak from a system designed to decontaminate water flowing out from the core.

The truth is, this announcement is far more symbolic than it is practical. For another few years at least, it seems likely that the reactors will have to be actively pumped with water while their radioactive fuel slowly decays away. Meanwhile, residents who once lived near the plant will have to wait while the land around it is decontaminated — a process that involves the laborious removal of millions of cubic meters of topsoil.

Eventually, workers at the plant (or, far more probable, robots operated by workers) will open the reactor cores and remove the melted and charred remains of the fuel they once held. That fuel, together with contaminated soil, equipment, clothing and debris, will have to be disposed of at a yet-to-be-determined site somewhere in Japan. It’s an operation that will take many years, and more likely, many decades.

Meanwhile, the Japanese public and many of its politicians remained deeply mistrustful of the situation at Fukushima. In this week’s issue of Nature, two members of the Japanese parliament call for nationalization of the Fukushima Plant, to allow scientists and engineers to investigate exactly what happened inside the reactors, and to reassure the public that the decommissioning will be done with their interests at heart. Regardless of whether you agree with the authors, nationalization seems almost inevitable. The lengthy decommissioning process that will follow this cold shutdown, and the enormous cost involved, make it a job for a government, not a corporation.