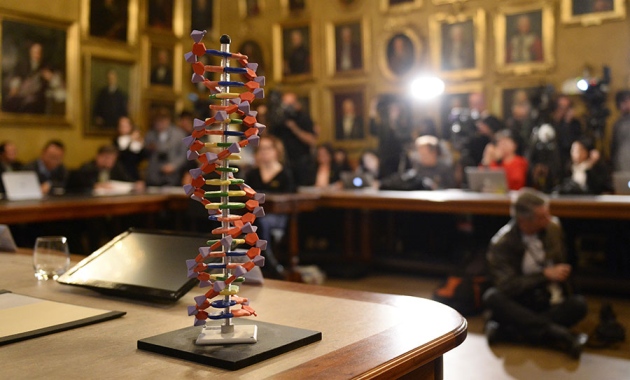 A model of DNA at a press conference announcing the winners of the 2015 Nobel Prize in chemistry.

Predicting the winners of the Nobel prizes has become almost a competitive sport for researchers. This year, the winners seemed to surprise many, as seen by reactions on social media. The chemistry prize recognized discoveries in DNA repair, yet was not awarded to the scientists who won another major award, the prestigious Lasker prize, earlier this year for research in a similar area. Many speculated that the physics prize would go to a woman — for the first time in more than 50 years — but instead, it went to two men for their work on neutrinos. And one of the scientists who shared the Nobel Prize in Physiology or Medicine was a Chinese pharmacologist, Youyou Tu, who discovered an important malaria medicine called artemisinin after studying traditional Chinese medicine texts.

Sharing the Nobel with Tu were microbiologists William Campbell at Drew University in Madison, New Jersey, and Satoshi Ōmura at Kitasato University, Japan, for their work on an anti-parasite therapy that kills disease-spreading roundworms. It was, however, Tu of the China Academy of Chinese Medical Sciences in Beijing, who inspired much of the online discussion.

Ashutosh Jogalekar, a chemist at the biotechnology firm Warp Drive Bio in Cambridge, Massachusetts, wrote on his Curious Wavefunction blog: “The story of artemisinin clearly indicates that we need to pay much more attention to forgotten examples from traditional Asian medicine and subject them to scrutiny.”

Daniel Colón-Ramos, a cell biologist at Yale University in New Haven, Connecticut, focused on the potential value that indigenous knowledge offers to science. He tweeted: 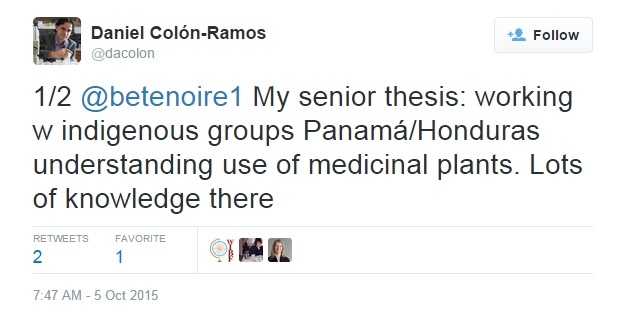 For Colón-Ramos, Tu’s win demonstrates the importance of bringing Western science into contact with local knowledge. The discovery of artemisinin “really required a Chinese scientist”, he says. “You needed to read ancient Chinese.”

But Derek Lowe, a pharmaceutical chemist, noted on his blog, In the Pipeline, how difficult it can be to find good drugs in traditional medicine: “Folk and traditional medicine has been the source of many good drug leads, but it’s also been the source of a lot of useless placebos (or worse). Finding such an immediately useful drug in such a pile of false leads was really remarkable.”

Where are the women?

On 6 October, the Nobel Prize in Physics went to Takaaki Kajita at the University of Tokyo and Arthur McDonald at Queen’s University in Kingston, Canada, for research demonstrating that subatomic particles called neutrinos have mass. Although many have applauded the winners, some were disappointed that women were again shut out — astronomer Vera Rubin, who found evidence of dark matter, was a favourite pick among researchers for the physics prize. 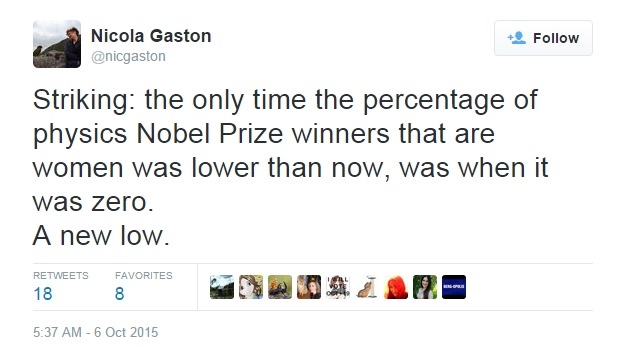 Still, many commented that the prize was well deserved. Richard Ruiz, a theoretical particle physicist at Durham University, UK, tweeted: 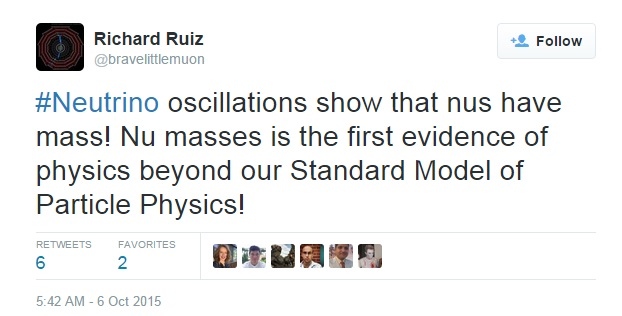 DNA damage and repair received a lot of attention this year, not just from the Nobel committee, but also from the Lasker Foundation in New York City, which gives out major prizes each year in biomedical research. The Nobel Prize in Chemistry went to Tomas Lindahl at the Francis Crick Institute and Clare Hall Laboratory in Hertfordshire, UK, Paul Modrich at the Duke University School of Medicine in Durham, North Carolina, and Aziz Sancar at the University of North Carolina, Chapel Hill. But the Lasker prize was given to two other scientists who also studied DNA damage.

However, commenters on Bracher’s blog, ChemBark, noted that the Lasker award recognized discoveries regarding how cells sense and respond to DNA damage, whereas the Nobel prizewinners focused on repair mechanisms at the DNA level.

Chemists have long complained that the chemistry Nobel too often rewards research just a bit too far outside the discipline — and this year was no exception. But David Smith, a chemist at the University of York, UK, tweeted in the award’s favour: 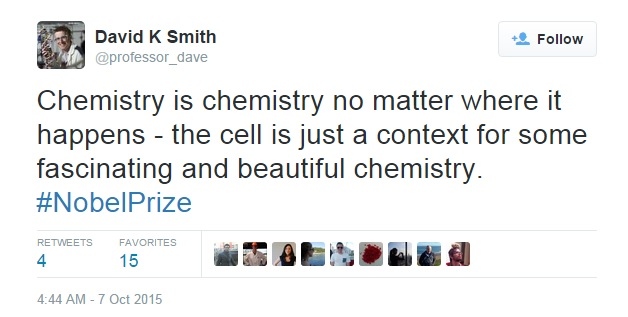