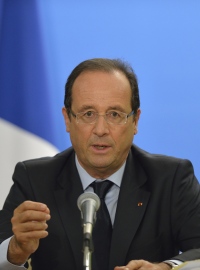 François Hollande has spared research and higher education from cuts in his austerity budget.

French Higher Education and Research Minister Geneviève Fioraso had something to smile about as she briefed reporters the day before the government unveiled its 2013 austerity budget on 28 September. Hers was one of the few ministries to escape spending cuts as socialist President François Hollande and his team strive to honour their commitment to slash the deficit from 4.5% of gross domestic product (GDP) to 3% next year.

Instead of pruning spending by 3.5% as ministers had been instructed, Fioraso managed to negotiate a 2.2% spending increase to give a 2013 budget for her ministry of just under €23 billion (US$29 billion), or €26 billion if contributions from other ministries are included. This was even more than the increase given to schools, which were one of the three priorities touted by Hollande in his election campaign earlier this year.

Fioraso says she believes that greater awareness of the role of training and qualifications in reducing unemployment triggered the turnaround. The budget boost comes after the number of jobless in France again surpassed 3 million in August.

The upshot of the cash increase is that 1,000 new university posts will be created, a third each going to lecturer-researchers, researchers and support staff, and none of the 68,449 publicly funded research jobs will be cut. Funding for research grants will rise by 1.2% to €7.86 billion, although that is a drop in real terms as inflation is expected to average 1.75% for the year.

As Hollande had pledged, the funding split between the National Research Agency (ANR), which finances most projects, and basic research institutes is rebalanced. ANR allocations will shrink from €709 million to €687 million this year, and institutes will receive an extra €60 million for operating expenses.

More than €1.1 billion is slated for international programmes, up from just over €1 billion this year. The European Space Agency (ESA) will get a 3.8% rise, the International Thermonuclear Experimental Reactor (ITER) will get 58% more.

The budget also extends research tax credits to allow smaller firms to claim a 20% tax break on spending on innovation, such as new-product design and pilot schemes. Until now, innovation has been excluded and large companies have been the main beneficiaries of the tax break, whose overall cost to the state will remain at about €5.3 billion a year.

Although the budget is pointing in the right direction, it does not go far enough to offset the “catastrophe” of former President Nicolas Sarkozy’s five years in power, says Henri Audier, board member of the researchers' union SNCS-FSU. To have any noticeable impact, the basic-research institutes would need between €100 million and €150 million instead of €60 million, he says. And the extra €29 million for ESA is hardly sufficient, considering France’s outstanding debt of €410 million to the agency, he adds.

The tax-credit extension is a good start, but it is a long way from Hollande’s promises to reform the tax break and to retain the Young Innovative Company (JEI) status, says Philippe Pouletty, honorary president of France Biotech, the association of French life-science firms. JEI status waives some tax and social security charges and provides immediate repayment of tax credits for small, innovation-based companies. It will expire at the end of 2013 unless rescued by the government.

Fioraso’s smile may not last, though, as later spending cuts cannot be ruled out. The government based its budget on economic growth of 0.8% next year, but many economists say this is over-optimistic and predict that the rate will be nearer 0.4%. Parliament may make some changes before the bill becomes law in December, and a new framework law for higher education and research planned for next year could bring more.