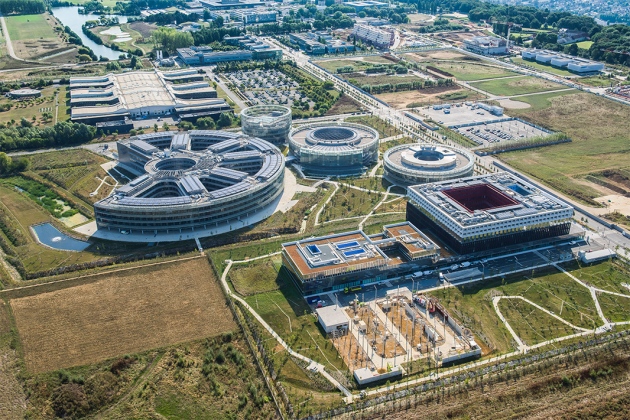 The Saclay plateau near Paris has for decades been home to a high concentration of private and public research labs.

French ambitions to create a €5-billion (US$5.5-billion) science ‘super-campus’ near Paris by 2020 seem to be falling further apart, after a compromise scheme to save the troubled project was rejected by one of its creators.

In 2010, the country’s then-president Nicolas Sarkozy unveiled plans to make the cluster of private and public research labs in Saclay, 30 kilometres south-west of the capital, into a large integrated research university that by 2020 would shine in international rankings and would rival institutions such as the Massachusetts Institute of Technology.

But the project, which encompasses 18 universities, research agencies and elite higher-education institutes called grandes écoles, has attracted criticism for its apparent lack of strategy and governance. A 2016 Senate report said that the determination of institutions — in particular by the historic grandes écoles — to maintain their own identities had destroyed the collective project. And in February, a report by France’s government auditor declared that plans were “at a standstill”.

In an effort to move forwards, a small group of institutions has proposed an alternative structure for the cluster that bears little resemblance to the original vision; it would be a kind of half-way house between the existing loose cluster of institutions and a fully integrated university.

At a meeting on 26 April, the heads of seven institutions presented the plan — finalized after 11 meetings and months of wrangling — to the organizations in the cluster. The idea would be to create a ‘hard core’ integrated group to strengthen links in research and teaching between the establishments. Other members could have associate status until they decide to join (or not).

Under the proposal, any universities at Saclay — including the large University Paris-Sud, which has a strong reputation for science — would give up their names and be absorbed into the University of Paris-Saclay, the umbrella research and teaching institution created for the project. The grandes écoles could keep their names and independent legal status for at least five years.

But, in a sudden reversal, one of the institutions involved in the plan's creation refused to endorse the new structure. CentraleSupélec, a grande école and the larger of the two engineering schools in the group of seven, rejected the proposal shortly before the meeting — largely because it does not want to lose autonomy.

“It was a bit surprising since the discussions had gone very smoothly until then,” says Gilles Bloch, president of the University Paris-Saclay. But, he concedes, “All seven engineering schools at Saclay are reticent about institutional integration at the moment.”

Louis Schweitzer, head of the government’s general commissariat for investments thinks that trying to launch the project with 18 establishments was over-ambitious — but he is optimistic that at least some of the schools will join in time. “Some could even make the jump in the next year or two,” he says. “Once the university achieves international recognition for its teaching and scientific excellence, it will become more attractive to the schools.”

But senator Michel Berson, who compiled the 2016 report, still takes a dim view of the integration project. In an interview with French newspaper Le Figaro, he said that the project was “a deeply regrettable waste” because the campus is already home to “what is done best in France, or even Europe, in scientific research and cooperation”.

The University of Paris-Sud seems prepared to forge its own path forward. In a letter to students and staff the day after the meeting, university president Sylvie Retailleau noted the reluctance of CentraleSupélec and the other engineering schools, and suggested that Paris-Sud could become the sole ‘founding’ member of the Paris-Sacaly project. The university is already responsible for more than half of all research undertaken at Saclay, said Retailleau.

Paris-Sud’s enthusiasm might just help to keep the Paris-Saclay dream alive: its plan comes at a crucial time in terms of funding for the project. For the past five years, the cluster has received an annual €33 million in stimulus research grants from a state-funded ‘excellence initiative’ called IDEX that aims to reward the best research campuses in France.

But in April last year, the initiative’s international jury marked down the Paris-Saclay project for its vague structure and human-resources policy, and gave it 18 months to sort out its difficulties — or lose its funding. The cluster must go back to the jury in December to prove that it is still a deserving case.

“The plan responds to the jury’s concerns and the university is already highly rated on all scores, so I see no reason why the jury would withdraw the label when it announces its decision next March,” says Schweitzer, whose department runs the excellence initiative. “I believe their chances for keeping the label are very high, even if Paris-Sud is alone at the beginning.”