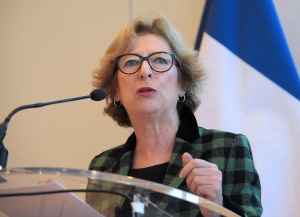 The French Academy of Sciences has issued its strongest distress signal in decades to warn against the consequences of recent declines in government research spending.

The statement, released last month, is labelled as a ‘cry of alarm’ — and its message is expressed “in the toughest language the academy has ever used since I began my research career 45 years ago”, academy vice-president Bernard Meunier told Nature.

The document specifically denounces a cut of 12%, or about €80 million (US$110 million), in next year’s budget for the National Research Agency (ANR). The ANR cut will hit basic-research projects particularly hard, placing labs in peril and accelerating the ‘brain drain’, the academy says in its statement. The overall government research budget will lose €82 million, dropping to €7.77 billion, a 1% cut (not adjusting for inflation).

The problem will strongly affect young researchers, who are required to have some ANR funding allocated through their labs before they are eligible to apply for national or European Union grants. The amount of cash needed is modest compared to other state spending, but the consequences of cuts “will be much more serious than for other sectors because of the impact of research and innovation on education and the economy”, the statement's authors write. They add that top-quality research “is the best hope for reviving our economy”.

Some 85% of government subsidies to universities and research agencies are used to pay salaries, compared to only 47% in 1960, and little of the remainder is left over to finance labs’ running costs once international commitments are met, Meunier says. “It is like having a fleet of police cars, but no petrol to put in them. The ANR cut is really the last straw that will break the camel's back,” he adds.

Higher Education and Research Minister Geneviève Fioraso dismissed the academy’s fears as unfounded. Even though the ANR’s 2014 budget is reduced, the funding agency will still be able to slate €600 million in projects that “represent the agency’s capacity for commitment”, she wrote in a letter to academy president Philippe Taquet. This accounts for a shift of €60 million from competitive project financing to lab operation costs, which rose by an average of 3% in 2013 and are being left unchanged in 2014, Fioraso added in the letter, which was seen by Nature but not made public.

Researchers contacted by Nature said that they considered the academy’s alarm call to be justified. “We welcome the fact that the academy has taken action at last,” says Michel Marcelin, director of research at the Astrophysics Laboratory of Marseille. Although the cuts in ANR basic-research grants will not be felt immediately, Marcelin says, they are particularly serious for his lab, as it has no access to grants the agency gives for specific research projects.

Marie Thérèse Giudici-Orticoni, director of research at the CNRS bioenergetics and protein engineering laboratory at the Institute of Microbiology of the Mediterranean in Marseille, says that the situation is “very worrying”, and notes that a new biology lab in Strasbourg has been unable to open for lack of cash to pay its electricity bill.

France’s policy “contrasts sharply with that of countries such as Germany, which are investing in basic research so as not to be confined to the themes of the [European Union’s] Horizon 2020 programme”, notes Frédéric Barras, director of the CNRS bacterial chemistry laboratory at Aix-Marseille University in Marseille.