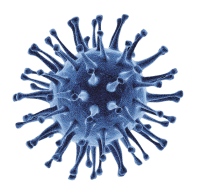 Just a few genetic tweaks can enable the H5N1 avian flu virus to transmit between mammals.

If you thought that the controversy was over, think again. Last week’s publication of the second of two papers describing how to make mammalian-transmissible forms of the H5N1 avian influenza virus merely closes one chapter of a smouldering debate about the risks of the research. That debate seems certain to reignite in the coming months once researchers lift a voluntary moratorium on the work.

The research published last week, led by Ron Fouchier at the Erasmus Medical Centre in Rotterdam, the Netherlands, showed that introducing as few as five genetic mutations made the H5N1 virus capable of airborne spread between ferrets1, 2. It followed similar work published in May3 by Yoshihiro Kawaoka’s groups at the University of Wisconsin–Madison and the University of Tokyo.

In December 2011, the US National Science Advisory Board for Biosecurity (NSABB) had recommended that only redacted portions of the papers should be published, mainly on the grounds that divulging the detailed methods could increase the risk of bioterrorism. But, after much wrangling, the NSABB in March finally agreed to the publication of updated versions of the full papers4.

Supporters of the research say that it could help public-health experts to detect ominous genetic changes in nature, providing an early warning of an emerging flu pandemic. Others are sceptical, and point out that an expansion of research to pursue this goal would probably see similar mutant viruses being created in dozens more labs worldwide — some of which may lack adequate biosafety standards. That would multiply the risk of an accidental release of a pathogen capable of sparking a pandemic.

For now, the research moratorium agreed by 39 leading flu scientists in January and extended at a meeting convened by the World Health Organization (WHO) in Geneva in February5 is allowing the field to discuss how to proceed safely. The moratorium would only be lifted, experts at the meeting agreed, once funders and regulators had worked out the biosafety and biosecurity conditions that would allow such research to be conducted with reasonable guarantees of safety. The meeting also resulted in a public-relations campaign to influence public opinion about the research and its potential benefits.

Flu researchers will soon be able to argue that those conditions have been met. “We have heard from several researchers that they would like to lift the moratorium sooner rather than later,” says Fouchier, one of its signatories.

In a few weeks, the WHO will unveil non-binding biosafety and biosecurity guidelines for mutant-flu research. Over the following months, national regulatory authorities are expected to produce their own biosafety rules. In the United States, which is the main funder of this type of flu research, a joint committee of federal agencies — the Intragovernmental Select Agents and Toxins Technical Advisory Committee — is expected to issue its own biosafety rules soon. A more detailed plan — the United States Government Policy for Local Institutional Oversight of Dual Use Research of Concern — is also likely to be released for public comment soon, possibly within weeks, says Anthony Fauci, director of the US National Institute of Allergy and Infectious Diseases (NIAID) in Bethesda, Maryland.

But Fauci says that he is keen to restart the research before the final policy is published months from now. He intends to hold a discussion on future plans for this work at the annual meeting of the NIAID Centers of Excellence for Influenza Research and Surveillance in New York at the end of July, which will be attended by many of the moratorium’s signatories. “I can’t say that the moratorium will officially end then, but we are certainly going to address the topic at that meeting,” he says, “to get some research going on an interim basis.”

The moratorium only involves the handful of groups, mostly funded by the US National Institutes of Health, that currently work on ‘gain-of-function’ experiments that increase the transmissibility or pathogenicity of flu viruses, emphasizes Fauci. “Many people think that the entire field of influenza research is on hold because of this moratorium, and that’s not the case.”

Some scientists, however, question whether funders should be driving the proliferation of this research. Ilaria Capua, a flu researcher at the Veterinary Public Health Institute in Legnaro, Italy, and a signatory to the moratorium, says that there remains a “central strategic question of whether these experiments should continue at all”.

Advocates of expanding the research say that finding genetic mutations that might make viruses more likely to trigger a pandemic could improve surveillance efforts. But this would require extensive experiments in ferrets and other animals, because the work would involve testing multiple mutations of the many types of wild H5N1 virus and the diverse range of other flu viruses with pandemic potential, such as H9 and H7 viruses.

“What is going to happen if we decide to continue funding research on this topic, and in 20 years’ time we have 200 labs which have such viruses?” asks Capua. With advances in technology bringing mutant-flu research within the reach of many modest labs, even in the world’s poorest countries, she worries about its unchecked proliferation in politically volatile regions. “Do we need to continue working on making these viruses more and more dangerous, and more and more transmissible? Do the research benefits outweigh the risks?”

The WHO’s imminent biosafety guidelines will try to address such proliferation concerns, says one WHO official. Beyond making recommendations about biological containment levels and other physical precautions, the WHO will also suggest that labs should meet the highest standards of safety, attaining international standards for staff training and managing biological risks. The idea, says the WHO official, is to set a high bar for entry into this type of work.

Four leading public-health scientists also called for caution in an article6 published in the same issue of Science as Fouchier’s paper. Any predictions of flu’s behaviour based on its complex genetics and host interactions are “highly speculative”, they write, which raises questions about the potential benefit of mutant-virus work to flu surveillance. Moreover, current systems of genetic surveillance of flu viruses are too patchy, and years can pass before samples are sequenced7. Contrasting the uncertain benefits with an “exceptional level of risk should motivate exceptional caution by scientists, funders, and regulators worldwide”, the authors write6.

But Fouchier says that the mutant flu viruses that he and Kawaoka have worked on raise few new biosafety issues. “For over a century, the infectious-disease community has published work on dangerous pathogens while relying on national governments, institutional biosafety offices and the responsibility of scientists to ensure that the work is done under appropriate conditions,” Fouchier adds. “Very little has gone wrong so far, so why would that be different now?”

The debate over risks and benefits is likely to come to a head at a meeting that the WHO will convene early next year to discuss the wider implications of high-risk biological research and how researchers, institutions and governments might best assess and manage risk. “The meeting will not be restricted to flu researchers, or virologists or researchers of any sort,” says the WHO official. “They will certainly be represented, but so too will other groups which have very legitimate interests and perspectives on this whole question.”