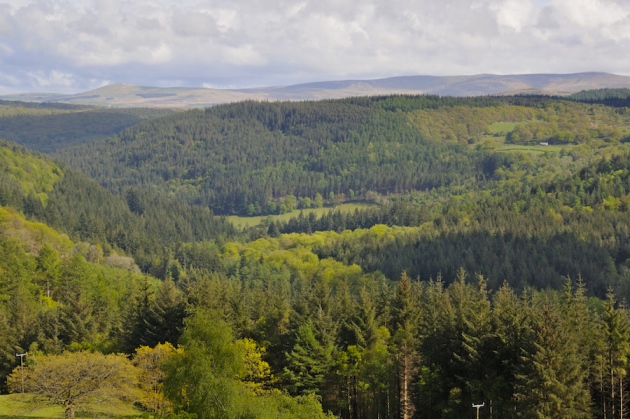 The proliferation of coniferous trees has reduced the carbon storage capacity of Europe’s forests.

Simply planting trees will not necessarily slow down climate change, an analysis of Europe's vegetation history shows. Although the continent's forests have expanded by 10% since 1750, timber harvesting and shifts to more commercially valuable tree species have resulted in a net release of carbon to the atmosphere, a Science paper published on 4 February concludes1. The changes have also had local effects, the analysis finds, raising surface temperatures by 0.12 °C by increasing the absorption and retention of heat.

“The current assumption is that all forest management and all forests contribute to climate mitigation,” says Kim Naudts, a postdoctoral ecologist at the Max Planck Institute for Meteorology in Hamburg, Germany. “We cannot say that is true, at least for Europe.” Naudts conducted the analysis with a team of colleagues while at the Laboratory of Climate Science and Environment in Gif-sur-Yvette, France.

The paper sounds a warning about potential limitations to the benefits of forest expansion, or afforestation, but does not come as a surprise, says Richard Houghton, an ecologist at the Woods Hole Research Center in Falmouth, Massachusetts. “Forest management includes many possibilities,” he says. “If the point is to store carbon, then afforestation is presumably good, but losing carbon to wood extraction is bad.”

From 1750 to 1850, roughly 190,000 square kilometres of Europe's forest were cut down to for fuel and to clear land for agriculture. Forests have since rebounded on an area more than twice that size, but fast-growing conifers have replaced deciduous trees on roughly 633,000 square kilometres of forest owing to interest in timber harvesting. Although European forests continue to take up carbon, the shift in composition means that they now hold 3.1 billion tonnes less than they did in 1750.

The modelling analysis also considered the local climate impact of trees, which affect temperatures by releasing water into the atmosphere through evapotranspiration, and by absorbing or reflecting sunlight. The model suggests that the shift toward dark conifers, which absorb more sunlight and emit less water, has contributed to local warming.

Unpublished data support the idea that a shift from deciduous to coniferous forests could increase local temperature, says Alessandro Cescatti, an ecologist at the European Commission’s Joint Research Centre in Ispra, Italy. But the conclusion that European forests have produced net warming is questionable, he adds.

Cescatti co-authored a paper in the same issue of Science that concludes that forests in all climates cool the local atmosphere, particularly during summer months, when heat and fire are a concern2. The study used satellite observations to reconstruct changes in air temperature in areas that were cleared of forests from 2003 to 2012.

Cescatti says that both studies suggest that policymakers must account for the local biophysical climatic effects of forests rather than focus exclusively on the global effects of carbon dioxide.

“Forest management, forest transition and forest land cover should be accounted for in climate policies,” he says. “At the moment they are not.”