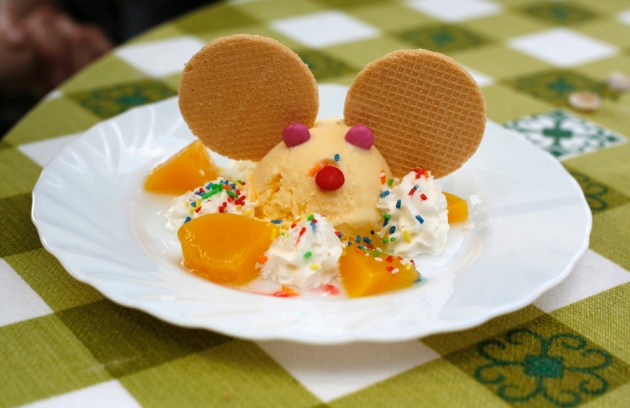 Chemicals known as emulsifiers are often added to processed foods such as ice cream.

Artificial preservatives used in many processed foods could increase the risk of inflammatory bowel diseases and metabolic disorders, according to research published on 25 February in Nature1. In a study done in mice, chemicals known as emulsifiers were found to alter the make-up of bacteria in the colon — the first time that these additives have been shown to affect health directly.

About 15 different emulsifiers are commonly used in processed Western foods for purposes such as smoothing the texture of ice cream and preventing mayonnaise from separating. Regulatory agencies such as the US Food and Drug Administration (FDA) rule that emulsifiers are “generally regarded as safe”, because there is no evidence that they increase the risk of cancer or have toxic effects in mammals.

But when immunologist Andrew Gewirtz at Georgia State University in Atlanta and his colleagues fed common emulsifiers carboxymethylcellulose and polysorbate-80 to mice, they found evidence that the chemicals affected the animals' health. Although their diet was not otherwise changed, healthy mice whose water contained the chemicals became obese and developed metabolic problems such as glucose intolerance. In mice genetically engineered to be prone to inflammatory gut diseases, emulsifiers also seemed to increase the severity and frequency with which the animals developed inflammatory bowel disease.

The most severe health effects were seen in mice that consumed the chemicals at a level similar to a person whose diet consists of only ice cream, says Gewirtz. But the researchers saw effects even at one-tenth of the concentration of emulsifiers that the FDA allows in a food product.

To understand why emulsifiers affected the health of mice, researchers analysed bacteria from the animals' colons. They found less diversity in the microbial species than in healthy mice, and found evidence that the microbes had migrated closer the cells lining the gut. Gewirtz and his colleagues suspect that the emulsifiers can break down the heavy mucus that lines the mammalian gut and prevents bacteria from coming into contact with gut cells. If this happens, the bacteria cause inflammation in the gut, which can also lead to changes in metabolism.

Gewirtz says that previous studies may have missed these links because newly developed food additives are tested in large swathes of the population, masking any subtle effects in people whose genetics or gut-microbe composition predispose them to these diseases. For regulators, he says, “the idea that a subset of the population may be sensitive isn’t on the radar.”

This lack of specificity could explain why nutritionists and public-health agencies are constantly revising their dietary guidelines — just this month, for example, an advisory council to the US government recommended eliminating guidelines on cholesterol consumption. “If you look over a 50-year perspective, you would see that the recommendations go back and forth, back and forth,” says immunologist Eran Elinav of the Weizmann Institute of Science in Rehovot, Israel. “No one is lying or cheating, many of these studies are well-designed studies, but they all look at large populations.”

Last year, Elinav and computational biologist Eran Segal, a colleague at the Weizmann Institute, found that artificial sweeteners such as saccharin can cause metabolic diseases such as obesity and diabetes by changing the make-up of bacteria in the gut in both mice and humans2. They are now compiling a database of genetic and microbiome data from about 1,000 volunteers, measuring their metabolic response to different test foods. They hope that this will eventually allow nutritionists to make specific dietary recommendations for individuals based on these parameters.

Elinav and Segal hope to incorporate consumption of emulsifiers, sweeteners and other artificial additives into their study, but caution that there are many components to inflammatory and metabolic diseases. “This is for sure not the only driving factor” for inflammatory bowel disease, Elinav says.

Gewirtz says that many more human and animal studies need to be completed before regulatory agencies would consider changing how additives are approved — after all, removing preservatives from foods would cause them to rot sooner, posing a different health risk. He hopes to do a study in humans soon and is already collecting biopsies from surgery patients to study where different bacteria live in the colon.

But the findings have been enough to convince Gewirtz and co-author Benoit Chassaing, a microbiologist at Georgia State, to start checking the labels of the foods they buy, although both say they are not trying to eliminate emulsifiers entirely. It is not easy to find emulsifier-free food, Gewirtz says, and products marketed as 'organic' are just as likely to contain these agents. “When it comes to people making their own decisions, between our studies and others out there, it’s better to eat less processed food,” he says.