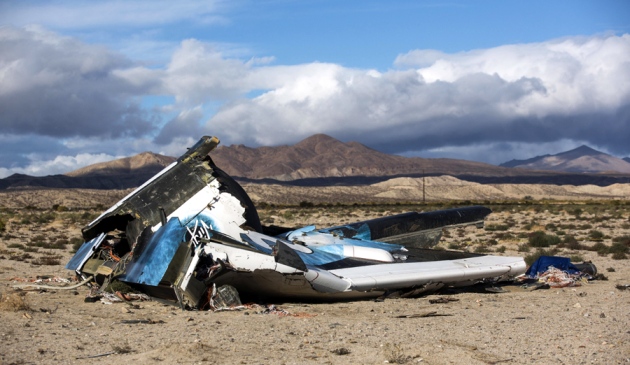 What was already a bad week for commercial spaceflight turned tragic on 31 October with the fatal crash of SpaceShipTwo, the rocket plane owned by Virgin Galactic that was meant to ferry tourists and scientists to the edge of space. The fledgling private space industry is reeling from the accident, in which the co-pilot, Michael Alsbury, died, and the pilot, Peter Siebold, was left seriously injured. The crash came just three days after the explosion of an uncrewed Antares rocket that was launching on a commercial mission to resupply the International Space Station.

But analysts warn against letting the accidents curb spaceflight innovation. “It’s absolutely critical that people don’t throw up their hands and say ‘it’s just too hard’,” says Joan Johnson-Freese, a space-policy specialist at the US Naval War College in Newport, Rhode Island.

As Nature went to press, the cause of the accident was still unclear. A 2 November press conference held by the US National Transportation Safety Board (NTSB) focused on the tail booms. These are intended to help slow the rocket plane’s descent when it re-enters the atmosphere, in a process known as feathering. Pilots are supposed to engage the feathering action when the craftis moving at roughly 1.4 times the speed of sound, at the top of its parabolic arc of flight. The idea, inspired by a badminton shuttlecock, is to increase drag and allow the spaceship to descend safely.

Two steps are normally required for feathering, said Christopher Hart, acting chairman of the NTSB, which is holding its first accident investigation involving the commercial space industry. On the fateful SpaceShipTwo flight, video footage retrieved from the cockpit shows that one of the pilots completed the first step when the vehicle was moving at only the speed of sound. The second action was not performed, but seconds later, the tail booms began moving to their feathered position anyway.

Until that point, SpaceShipTwo had performed as expected. It took off from the Mojave Air and Space Port in California, hanging beneath its carrier aeroplane. It then detached, and fired its rocket motor. Within minutes, it had disintegrated and its pieces were scattered over an 8-kilometre-long swathe of the Mojave Desert.

Among other goals, the flight was meant to test a new type of rocket motor. Virgin Galactic decided in May to switch SpaceShipTwo’s fuel from a rubber to a plastic base, in part to boost the spacecraft’s final altitude. The fuel reacts with liquid nitrous oxide to propel the rocket. Hart said that the fuel and oxidizer tanks were found intact. In 2007, an explosion during a ground-based test with nitrous oxide killed three workers at Scaled Composites, the Mojave-based company that designed and built SpaceShipTwo.

SpaceShipTwo is a larger, eight-seat version of SpaceShipOne, the two-seater that won the US$10-million Ansari X Prize in 2004 on becoming the first private vehicle to repeatedly reach an altitude of 100 kilometres.

Virgin Galactic had been selling seats on future flights, with up to 5 minutes of weightlessness, for $250,000 each. Its customers include not only celebrities but also scientists who want to use it for microgravity studies. A second SpaceShipTwo is about 60% built. Meanwhile, a competing company, XCOR Aerospace of Mojave, is building a piloted space plane that would take tourists up one at a time.

The accident underscores the complexities of private spaceflight, where engineering systems are designed from scratch and tested in very public view. Many compare the endeavour to the early days of aviation, when aeroplane companies crashed time and again as they tried to commercialize air transportation. “To some degree, we are still in the infancy of spaceflight,” says Scott Hubbard, director of Stanford University’s centre of excellence for commercial space transportation in Palo Alto, California.

Commercial spaceflight will probably survive, analysts say, but only if the public is as willing to accept the risks as are aerospace experts. “I don’t mind if it takes some time to develop,” says Alan Stern, a planetary scientist at the Southwest Research Institute in Boulder, Colorado, who has signed up for a research seat on SpaceShipTwo. “I’m quite convinced that commercial suborbital flight will be safe.” NASA is building a new launch system for astronauts, but it is space companies that are coming up with rockets and spacecraft designs.

As the space-tourism industry tries to assess its future, another area of commercial spaceflight is likely to keep forging ahead. Last week’s failed Antares mission was part of a series of cargo flights to the International Space Station organized by Orbital Sciences of Dulles, Virginia, in partnership with NASA. An inquiry led by Orbital aims to find out why the rocket lifted briefly off its launch pad at Wallops Island, Virginia, before exploding and falling to the ground.

The next planned step for private companies will be flying US astronauts, as well as cargo, to the space station. In September, SpaceX of Hawthorne, California, and Boeing of Houston, Texas, won a contract to begin flying astronauts by 2017. Hubbard, who chairs a safety committee to review SpaceX’s upcoming crewed flights, notes that Orbital is not in the running for those.

“Accidents with new technology are inevitable,” says Johnson-Freese. “How they are handled is the true test of innovation and innovators.”