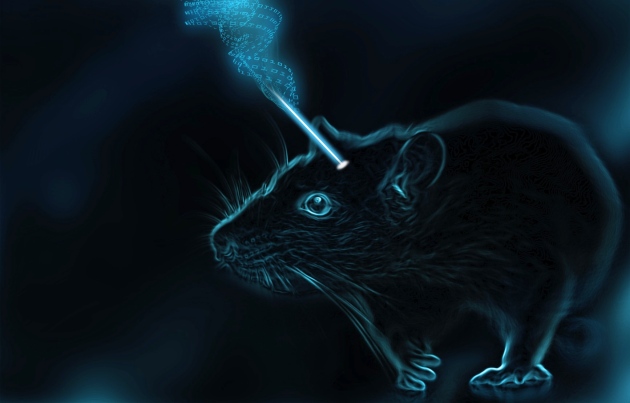 By controlling rats' brain cells they had genetically engineered to respond to light, researchers were able to create fearful memories of events that never happened — and then to erase those memories again.

Neuroscientists can breathe a collective sigh of relief. Experiments have confirmed a long-standing theory for how memories are made and stored in the brain. Researchers have created and erased frightening associations in rats' brains using light, providing the most direct demonstration yet that the strengthening and weakening of connections between neurons is the basis for memory.

“This is the best evidence so far available, period,” says Eric Kandel, a neuroscientist at Columbia University in New York. Kandel, who shared the 2000 Nobel Prize in Physiology or Medicine for his work unravelling the molecular basis of memory, was not involved in the latest study, which was published online in Nature1 on 1 June.

In the 1960s and 1970s, researchers in Norway noticed a peculiar property of brain cells2. Repeatedly delivering a burst of electricity to a neuron in an area of the brain known as the hippocampus seemed to boost the cell’s ability to talk to a neighbouring neuron. These communiqués occur across tiny gaps called synapses, which neurons can form with thousands of other nerve cells.

The process was called long-term potentiation (LTP), and neuroscientists suspected that it was the physical basis of memory. The hippocampus, they realized, was important for forming long-term memories, and the long-lasting nature of LTP hinted that information might be stored in a neural circuit for later recall.

Neuroscientists have spent the past four decades probing LTP and its role in memory3–5. They found that synapses are strengthened, for instance, when rodents scamper around a new enclosure and that blocking LTP with drugs6 or mutations in key genes7, 8 can impair memory in mice.

But none of these experiments showed definitively that LTP was the basis of memory, says Robert Malenka, a neurobiologist at Stanford University School of Medicine in California, who was not involved in the latest work. “Proof of causality — that LTP is actually used for the encoding of a memory in a manner that is absolutely required — has been extremely difficult, if not impossible, to generate,” he says.

A team led by Roberto Malinow, a neuroscientist at the University of California, San Diego, therefore turned to a technique that uses light to activate neurons. The researchers inserted a gene that produces a light-sensitive protein into a virus, then injected the virus into the rat brain cells they wanted to study. Once the gene had been translated into protein, the researchers were able to activate that protein with a pulse of blue light, delivered by an optical fibre implanted in the rat's brain.

In classic conditioning experiments, researchers play a tone to an animal and quickly follow it with an electric shock; the rats soon learn to associate the tone with a shock, and freeze when they hear the tone, in anticipation of the shock. Malinow’s team found that they could create the same kind of fearful memory using optogenetics, by delivering light to the neurons that connect a brain region involved in processing sound with one that handles fear, and then shocking the rats. "We can make a memory of something that the animal never experienced before,” Malinow says.

The synapses of the neurons showed molecular changes that are a hallmark of LTP.  But to prove that LTP was involved in actually forming the memory, the researchers next set out to erase the association and then bring it back by re-strengthening the connection using LTP. This, too, could be accomplished with light that activated the neurons that stored the memory.

Rats that were exposed to a sequence of light pulses (previously shown to diminish LTP through a mechanism called long-term depression, or LTD) no longer cowered after a tone was simulated in their brain. The fear could be re-implanted in their brains by delivering light pulses known to create LTP, and then erased and brought back again. “We were playing with memory like a yo-yo,” Malinow says.

Kandel calls the work “a significant advance”. “It shows more directly than the indirect evidence that existed before that LTP has a role in memory storage and it can be wiped out by LTD,” he says.

Mark Mayford, a neuroscientist at the Scripps Research Institute in La Jolla, California, says that the role of LTP in memory has been taken for granted by those who do not work closely on it, but has been viewed more sceptically by those who specialize in memory. The latest experiments, he says, are “something that the field needed”. But he cautions that other molecular mechanisms are likely to be involved in memories that are more complex — for instance, remembering the layout of your workplace or local environment — because these are represented in different brain areas from those that process fear.

For his part, Malinow is happy that the experiments worked. “It’s a bit of relief and we can celebrate a little, too,” he says.