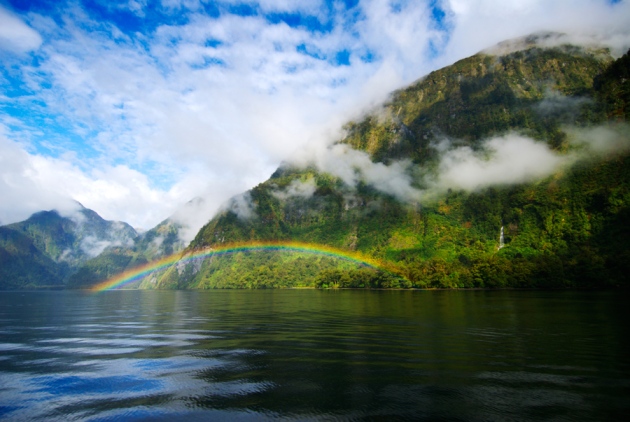 Fjords are known for their otherworldly beauty. But these high-latitude inlets also have an outsized role in the carbon cycle, a study finds.

Although fjords account for about 0.3% of Earth's surface area, they sequester 18 million tonnes of carbon per year — 11% of the total absorbed by marine sediment, researchers report on 4 May in Nature Geoscience1.

The team measured the concentration of carbon in the sediment at the bottom of four fjords in New Zealand, then combined the data with observations from previous studies of fjords around the world. An analysis of the full data set reveals that every square kilometre of fjord sediment sequesters around five times more carbon each year than the equivalent area of the ocean's continental shelves, home to the next most-absorbent sediments.

The finding that fjords are powerful carbon sinks makes sense, says Irina Overeem, a sediment geologist at the University of Colorado Boulder. Fjords are often flanked by steep, lushly forested peaks, putting them in the perfect position to collect the carbon-rich soils that run off the slopes.

Still, scientists who study the world's soil, water and carbon cycles have tended to focus on larger bodies of water, says Rick Keil, a geochemist at the University of Washington in Seattle. Oceans cover roughly 70% of the planet's surface, so are easy to monitor with Earth-observing satellites. But fjords can be just 2–3 kilometres wide, making them harder to map. Estimates of their surface area vary greatly, and depend on the resolution of the satellite data.

Fjords are also hard to study from the ground. “Many have no roads leading to them, so you can only get to them by helicopter,” Overeem says. “You can't take samples when there is ice — and for some places, like Greenland, that is about nine months of the year.”

Given such challenges, the study's authors have compiled an impressive collection of data, says Goulven Laruelle, a geochemist at the Free University of Brussels.

But there is still much to learn about individual fjords. For example, Alaska's fjords absorb a great deal more carbon than do those in any other location, and researchers do not understand why.

Such questions will grow in importance as Earth warms and glaciers recede, creating more fjords. The study suggests that these newly formed landscapes may buffer more of the excess carbon pumped into the planet than previously thought. “But it is nowhere near enough to make up for what humans are doing to change the cycle,” says Keil.