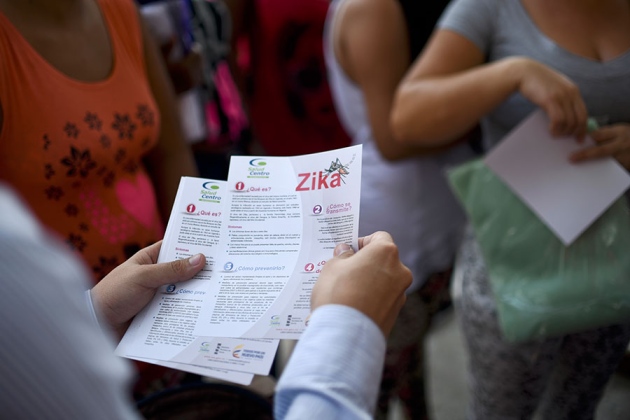 Brochures with information about the Zika virus have been delivered to pregnant women in Colombia.

Researchers have found Colombia's first cases of birth defects linked to the Zika virus, Nature has learned — which are likely forerunners of a widely anticipated wave of Zika-related birth defects in the country.

The discovery is perhaps no surprise: the virus arrived in Colombia last September, and the country is second only to Brazil in terms of the number of people infected with Zika.

But Colombian researchers hope that plans put in place to closely monitor pregnant women can help to better establish the magnitude of the threat posed to fetuses by Zika. That is a crucial question that scientists have not so far been able to answer with the data from Brazil.

Researchers have diagnosed one newborn with microcephaly — an abnormally small head — and two others with congenital brain abnormalities, says Alfonso Rodriguez-Morales, who chairs the Colombian Collaborative Network on Zika (RECOLZIKA), which made the diagnoses. All three tested positive for the presence of Zika virus. The researchers have submitted a report of their detections to a scientific journal.

Rodriguez-Morales, an infectious-diseases epidemiologist at the Technological University of Pereira in western Colombia, says that he expects to see a rise in cases of Zika-linked birth defects starting in two or three months' time. The RECOLZIKA group — a network of researchers and public-health institutions across Colombia — are already investigating a handful of other suspected cases of microcephaly, which have a possible link to Zika.

Brazil is the only country so far to report a large surge in newborns with microcephaly that coincides with outbreaks of Zika virus. By the time the alarm over a possible microcephaly link was raised there (in October 2015), Zika infections had already peaked in many parts of the country, because the virus first reached Brazil at the beginning of last year.

In Colombia, by contrast, researchers detected the first Zika cases in September, and by December had set up national tracking programmes to monitor pregnant women for signs of infection, and to spot early signs of birth defects in fetuses. Since then, researchers have been waiting attentively to see whether their country might experience a similar rise in birth defects.

Given that Brazil reported only 147 cases of microcephaly in 2014, the reported increase in cases since November suggests a marked rise in the number of babies born with the condition. But the 2014 figure is a “huge underestimate”, says Lavinia Schüler-Faccini, a geneticist who specialises in birth defects at the Federal University of Rio Grande do Sul, Brazil, and president of the Brazilian Society of Genetic Medicine. She says that according to the frequency of microcephaly typically observed in regions around the world, one would expect to see 300–600 cases of severe microcephaly in any given year in Brazil, and around 1,500 less-severe ones.

The search for cases of microcephaly in Brazil since October is probably turning up many mild cases that previously went unnoticed — so that the reported surge looks higher than it really is. Still, Schüler-Faccini and other clinicians say there is a real problem. They have observed first-hand a marked increase in the number of unusually severe cases of microcephaly, they say.

To be prepared to better interpret any imminent peak in birth defects in Colombia, RECOLZIKA plans to look at historical cases to establish a baseline for the annual numbers of birth defects in different regions. It is also setting up a study to analyse patterns in the distribution of head-circumference measurements recorded in obstetrics units regionally throughout the country, to get a better idea of the local range of normal values. 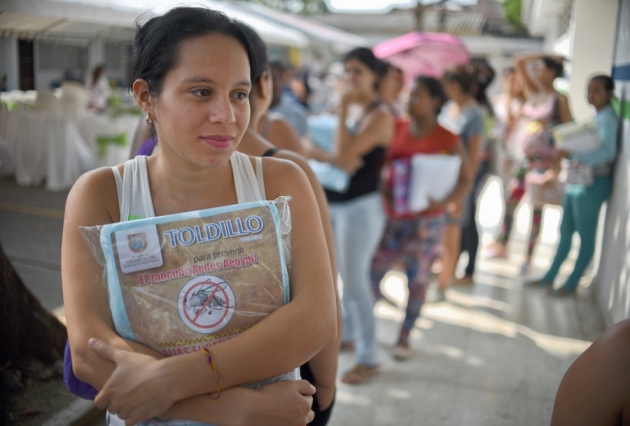 It has also not been possible so far from Brazilian data to quantify the extent to which Zika virus is linked to the rise in microcephaly. The latest data from Brazil's ministry of health show that increased cases of microcephaly and/or congenital malformations of the central nervous system are still concentrated in the northeast — raising questions as to whether other factors, perhaps specific to this region, might also be in play.

Clinical evidence leaves little doubt that a link between Zika and microcephaly exists: the virus has been detected in amniotic fluid, in the cerebrospinal fluid of affected babies and in the brains of stillborn fetuses and those aborted after the detection of severe malformations during pregnancy.

But there are also many other possible causes of microcephaly, including a group of infections that are collectively called STORCH (syphilis, toxoplasmosis, other infections, rubella, cytomegalovirus infection and herpes simplex), which are known to cause birth defects. Exposure to toxic chemicals and the consumption of alcohol during pregnancy can also cause the condition.

“There is a clear need for a full assessment of other detailed causes of microcephaly, such as STORCH, and even non-infectious causes,” says Rodriguez-Morales. Brazil’s health ministry has stated that it is carrying out tests for such causes, but it has not made public how many of the confirmed microcephaly cases are attributable to these.

A key question in assessing the scale of the threat that Zika may pose to fetuses is how many pregnant women infected with Zika — in particular during the first trimester, when the fetus is most vulnerable — nonetheless give birth to healthy babies. RECOLZIKA researchers hope to help to answer this through their monitoring programme.

The risk posed by Zika may well be lower than that of other diseases that are known to cause microcephaly such as toxoplasmosis and rubella, says Rodriguez-Morales. That is a preliminary estimate, he says, based on back-of-the-envelope calculations of the reported numbers of confirmed cases of microcephaly and congenital disorders, compared to the number of pregnant women in regions experiencing Zika epidemics.

But even if its risk does turn out to be low, Zika could still lead to many cases because a large number of pregnant women in the Americas are likely to become infected with the virus.

The biggest risk to pregnant women is right now, rather than in the long term. The epidemic is sweeping so quickly through the Americas that much of the population, including young women, will become naturally vaccinated by their exposure to the virus. As population immunity increases, the Zika epidemic is likely to fade quickly, and it will become endemic with only occasional flare ups.

In a modelling study posted to the preprint server bioRxiv1 on 29 February, US researchers noted that the risk of prenatal Zika virus exposure “should decrease dramatically following the initial wave of disease, reaching almost undetectable levels”.