Quantum technologies are the way of the future, but will that future ever arrive?

Maybe so. Physicists have cleared a bit more of the path to a plausible quantum future by constructing an elementary network for exchanging and storing quantum information. The network features two all-purpose nodes that can send, receive and store quantum information, linked by a fiber-optic cable that carries it from one node to another on a single photon. 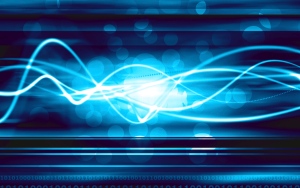 Networks based on single atoms, linked by the exchange of single photons, could form the basis of versatile quantum networks.

The network is only a prototype, but if it can be refined and scaled up, it could form the basis of communication channels for relaying quantum information. A group from the Max Planck Institute of Quantum Optics (M.P.Q.) in Garching, Germany, described the advance in the April 12 issue of Nature. (Scientific American is part of Nature Publishing Group.)

Quantum bits, or qubits, are at the heart of quantum information technologies. An ordinary, classical bit in everyday electronics can store one of two values: a 0 or a 1. But thanks to the indeterminacy inherent to quantum mechanics, a qubit can be in a so-called superposition, hovering undecided between 0 and 1, which adds a layer of complexity to the information it carries. Quantum computers would boast capabilities beyond the reach of even the most powerful classical supercomputers, and cryptography protocols based on the exchange of qubits would be more secure than traditional encryption methods.

Physicists have used all manner of quantum objects to store qubits—electrons, atomic nuclei, photons and so on. In the new demonstration, the qubit at each node of the network is stored in the internal quantum state of a single rubidium atom trapped in a reflective optical cavity. The atom can then transmit its stored information via an optical fiber by emitting a single photon, whose polarization state carries the mark of its parent atom's quantum state; conversely, the atom can absorb a photon from the fiber and take on the quantum state imprinted on that photon's polarization.

Because each node can perform a variety of functions—sending, receiving or storing quantum information—a network based on atoms in optical cavities could be scaled up simply by connecting more all-purpose nodes. "We try to build a system where the network node is universal," says M.P.Q. physicist Stephan Ritter, one of the study's authors. "It's not only capable of sending or receiving—ideally, it would do all of the things you could imagine." The individual pieces of such a system had been demonstrated—atoms sending quantum information on single emitted photons, say—but now the technologies are sufficiently advanced that they can work as an ensemble. "This has now all come together and enabled us to realize this elementary version of a quantum network," Ritter says.

Physicists proposed using optical cavities for quantum networks 15 years ago, because they marry the best features of atomic qubits and photonic qubits—namely that atoms stay put, making them an ideal storage medium, whereas photons are speedy, making them an ideal message carrier between stationary nodes. But getting the photons and atoms to communicate with one another has been a challenge. "If you want to use single atoms and single photons, as we do, they hardly interact," Ritter adds.

The Nature podcast team discuss quantum networks with the researchers.

That is where the optical cavity comes in. The mirrors of the cavity reflect a photon past the rubidium atom tens of thousands of times, boosting the chances of an interaction. "During this time, there's enough time to really do this information exchange in a reliable way," Ritter says. "The cavity enhances the coupling between the light field and the atom."

The M.P.Q. group put their prototype network through a series of tests—transferring a qubit from a single photon to a single atom and reversing the process to transfer information from an atom onto a photon. Combining those read/write operations, the physicists managed to transmit a qubit from one rubidium atom to another located in a separate laboratory 21 meters away, using a messenger photon as the carrier between nodes. (The actual length of optical fiber connecting the two nodes is 60 meters, because it snakes along an indirect route.)

A significant number of the photons get lost along the way, limiting the efficiency of the process. But in principle, optical fibers could connect nodes at greater distances. "We're absolutely not limited to these 21 meters," Ritter says. "This 21 meters is just the distance that we happened to have between the two labs."

The researchers also demonstrated that their photonic link can be used to entangle the two distant atoms. Quantum entanglement is a phenomenon by which two particles share correlated properties—in other words, the quantum state of one particle depends on the state of its entangled partner. Manipulating one of the particles, then, affects the other particle's state, even if it is located in another laboratory. Researchers hope that entanglement can be harnessed to circumvent the photon losses that come from passage through optical fibers. In a proposed application called a quantum repeater, a series of nodes, linked by entanglement, would extend the quantum connection down the line without depending on any one photon as the carrier.

Ritter acknowledges that the new work is simply a prototype, and one for which numerous improvements are possible. For instance, the transfer of a quantum state between labs succeeded only 0.2 percent of the time, owing to various inefficiencies and technical limitations. "Everything is at the edge of what can be done," he says. "All these characteristics are good enough to do what we've done, but there are clear strategies to pursue to make them even better."