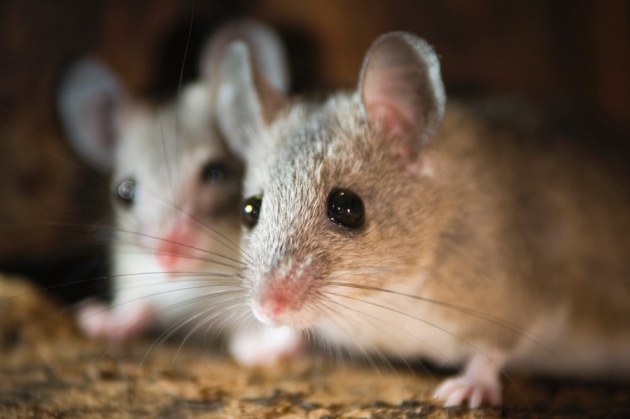 Mice are a mainstay of biomedical research laboratories. But the rodents are poor models for studying women’s reproductive health, because they don’t menstruate.

Now researchers at Monash University in Clayton, Australia, say that they have found a rodent that defies this conventional wisdom: the spiny mouse (Acomys cahirinus). If the finding holds up, the animal could one day be used to research women's menstruation-related health conditions.

“When you do science you’re not surprised at anything — but wow, this was a really interesting finding,” says Francesco DeMayo, a reproductive biologist at the US National Institute of Environmental Health Sciences in Research Triangle Park, North Carolina, who was not involved in the work.

The study, which was posted to bioRxiv preprint server on 3 June1, involved 14 female spiny mice. The researchers found that the animals averaged a 9-day menstrual cycle and spent 3 days — or 20–40% of their cycle — bleeding. This ratio is similar to that in women, who typically bleed for 15–35% of their 28-day cycle.

To track the mice's periods, the team flushed the animals’ vaginas with saline solution daily for 18 days. To ensure that the procedure itself did not cause the bleeding, the team treated five common lab mice in the same way. The scientists also dissected uteri taken from four spiny mice, each at a different stage of the menstrual cycle.

The team is continuing research into exactly how and when the mouse uterine lining breaks down and regrows. Jared Mamrot, a reproductive physiologist at Monash and a co-author of the study, has just sequenced the spiny mouse transcriptome — all of the RNA expressed by the animal's genes at a given time. This could provide information on how genes regulate different stages of the spiny mouse's menstrual cycle.

Warren Nothnick, a researcher at the University of Kansas in Kansas City who studies the uterine-lining disorder endometriosis, says that it will take a lot of work to prove that the spiny mouse is a good model for human menstruation. But he is intrigued.

“There’s some really simple studies that they could do to see if these animals would develop endometriosis spontaneously,” he says. A finding that the animals do develop the disease naturally would be a major breakthrough, Nothnick adds.

The current animal model for endometriosis is the baboon, and primate research is expensive and time-consuming. Laboratory mice can be induced to menstruate, but only if their ovaries are removed and they are given abnormally large doses of hormones. Only 1.5% of mammals menstruate naturally, and most of them are primates.

The spiny mouse could also help to shed light on healthy menstrual function, DeMayo says. Scientists don’t know the source of the cells that repopulate the uterine lining after each menstrual cycle, he notes.

But DeMayo cautions that there is more to learn about how similar menstruation is in spiny mice and women, including the patterns of gene expression involved and how the hormones oestrogen and progesterone regulate the process in the mouse.

Study co-author Hayley Dickinson., a reproductive physiologist at Monash University, says that the mouse discovery was hiding in plain sight. Monash established a breeding colony of spiny mice in 2003, and later transferred the animals to the nearby Hudson Institute for Medical Research. When Dickinson's lab announced the menstruation discovery, several past students asked her how they could have missed it.

“The answer, as with many discoveries in science, is that no one really looked,” Dickinson says. “Everyone knew that rodents didn't menstruate.”