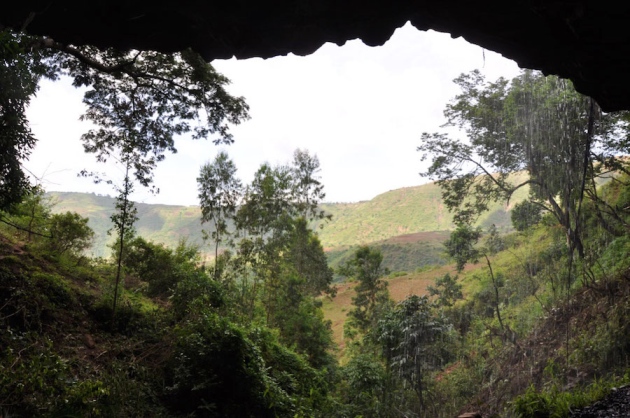 Modern humans emerged in Africa around 200,000 years ago

Update (29 January 2016): Three months after this report was published, its authors announced that an avoidable software error had led to a mistake in their analysis. The ancient back-migration of Eurasians into Africa was limited to eastern Africa, they explained, and did not cover the entirety of the continent. For more, see: 'Report that much of Africa has Eurasian ancestry is mistaken'.

A 4,500-year-old skeleton from a cave in Ethiopia has produced Africa’s first ancient human genome. The man’s DNA suggests that Middle Eastern farmers migrated into Africa several thousand years ago, leaving traces of their Eurasian ancestry in the genomes of many modern-day Africans.

Modern humans, Homo sapiens, emerged in Africa around 200,000 years ago, before populating nearly every corner of the planet. Proof of these travels is written in the genomes of people living today. DNA gleaned from ancient remains found in Europe, Asia and the Americas in recent years has added new twists to the human evolutionary story. Yet Africa has missed out on this DNA-based revolution, in part because genetic material degrades quickly in the hot temperatures of the continent. 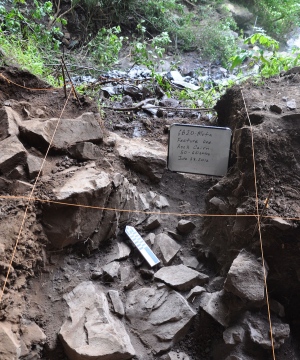 In 2011, archaeologists working with Gamo tribesman in the highlands of southwest Ethiopia discovered Mota Cave, 14 metres wide and 9 metres high, overlooking a nearby river. A year later, they excavated a burial of an adult male, his body extended and hands folded below his chin. Radiocarbon dating suggested that the man died around 4,500 years ago — before the proposed time of the Eurasian migrations and the advent of agriculture in eastern Africa.

Advances in ancient DNA technology allow researchers to reap DNA from ever older bones, and the cool, constant temperatures of caves are kind to the molecule. So a team co-led by Ron Pinhasi, an archaeologist at University College Dublin, tested the Mota man's bones for intact DNA and found enough to sequence his genome 12 times over1.

The man's genome is, unsurprisingly, more closely related to present-day Ethiopian highlanders known as the Ari than to any other population the team examined, suggesting a clear line of descent for the Ari from ancient human populations living in the area. But further genetic studies show that the Ari also descend from people that lived outside Africa, which chimes with a previous study that discovered a ‘backflow’ of humans into Africa from Eurasia around 3,000 years ago. (Humans first migrated from Africa some 60,000 to 100,000 years ago.) 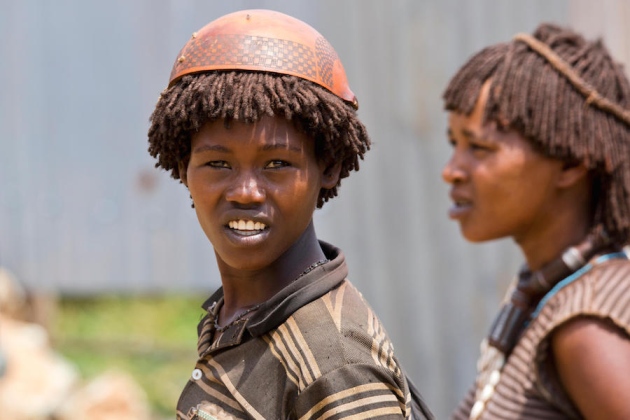 The man found in Mota cave is related to the Ari, modern-day Ethiopian highlanders.

Using genetic evidence from Eurasian ancient genomes and present-day populations, the researchers determined that the migrant ancestors of the Ari were closely related to early farmers who moved into Europe from the Near East around 9,000 years ago. Co-author Marcos Gallego Llorente, an evolutionary geneticist at the University of Cambridge, UK, suggests that Middle Eastern farmers later moved south to Africa, bringing new crops to the continent such as wheat, barley and lentils. The team also found vestiges of these migrants’ DNA in people all across sub-Saharan Africa — probably carried by later migrations, such as the expansion of Bantu-speaking groups from West Africa to other parts of the continent around 1,000 years ago.

Carles LaLueza-Fox, a palaeogeneticist at the Institute of Evolutionary Biology in Barcelona, Spain, says that the first ancient genome from Africa is an important milestone. Despite the challenges to DNA preservation, he expects many more to appear. “Africa is going to be a difficult place for having ancient genomes — especially high quality genomes,” LaLueza-Fox says.

Eske Willerslev, an evolutionary geneticist at the Natural History Museum of Denmark in Copenhagen, says that his team has also had success obtaining DNA from African remains, including some not protected by the cool confines of a high-altitude cave. For ancient DNA research, "Africa is the next step in terms of the population history of humans. It is an obvious place to go and look," he says.