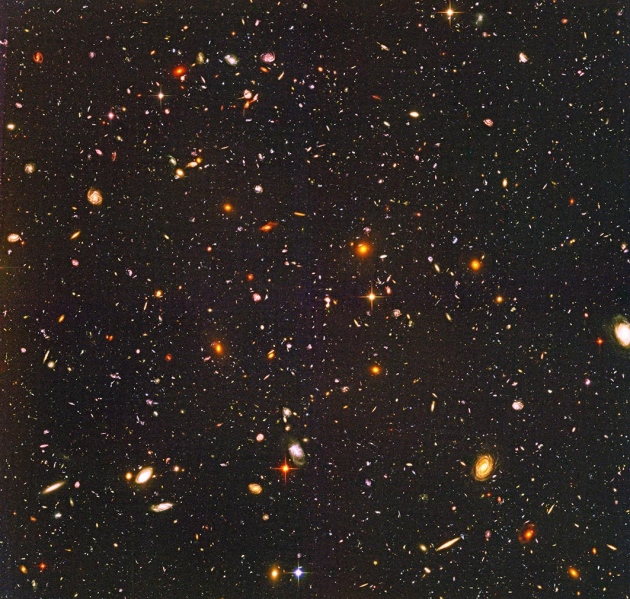 The idea that our Universe is part of a multiverse poses a challenge to philosophers of science.

Is string theory science? Physicists and cosmologists have been debating the question for the past decade. Now the community is looking to philosophy for help.

Earlier this month, some of the feuding physicists met with philosophers of science at an unusual workshop aimed at addressing the accusation that branches of theoretical physics have become detached from the realities of experimental science. At stake is the integrity of the scientific method, as well as the reputation of science among the general public, say the workshop’s organizers.

Held at the Ludwig Maximilian University of Munich in Germany on 7–9 December, the workshop came about as a result of an article in Nature a year ago, in which cosmologist George Ellis, of the University of Cape Town in South Africa, and astronomer Joseph Silk, of Johns Hopkins University in Baltimore, Maryland, lamented a “worrying turn” in theoretical physics (G. Ellis and J. Silk Nature 516, 321–323; 2014).

“Faced with difficulties in applying fundamental theories to the observed Universe,” they wrote, some scientists argue that “if a theory is sufficiently elegant and explanatory, it need not be tested experimentally”.

First among the topics discussed was testability. For a scientific theory to be considered valid, scientists often require that there be an experiment that could, in principle, rule the theory out — or ‘falsify’ it, as the philosopher of science Karl Popper put it in the 1930s. In their article, Ellis and Silk pointed out that in certain areas, some theoretical physicists had strayed from this guiding principle — even arguing for it to be relaxed.

The duo cited string theory as the principal example. The theory replaces elementary particles with infinitesimally thin strings to reconcile the apparently incompatible theories that describe gravity and the quantum world. The strings are too tiny to detect using today’s technology — but some argue that string theory is worth pursuing whether or not experiments will ever be able to measure its effects, simply because it seems to be the ‘right’ solution to many quandaries.

Silk and Ellis also called out another theory that seems to have abandoned ‘Popperism’: the concept of a multiverse, in which the Big Bang spawned many universes — most of which would be radically different fromour own.

But in the opening talk at the workshop, David Gross, a theoretical physicist at the University of California, Santa Barbara, drew a distinction between the two theories. He classified string theory as testable “in principle” and thus perfectly scientific, because the strings are potentially detectable.

Much more troubling, he says, are concepts such as the multiverse because the other universes that it postulates probably cannot be observed from our own, even in principle. “Just to argue that [string theory] is not science because it’s not testable at the moment is absurd,” says Gross, who shared a Nobel prize in 2004 for his work on the strong nuclear force, which is well tested in experiments, and has also made important contributions to string theory.

“Suggestions that we need ‘new methods’ have been made, but attempts to replace empirical testability have always failed.”

Workshop attendee Carlo Rovelli, a theoretical physicist at Aix-Marseille University in France, agrees that just because string theory is not testable now does not mean that it is not worth theorists’ time. But the main target of Ellis and Silk’s piece were observations made by philosopher Richard Dawid of Ludwig Maximilian University in his book String Theory and the Scientific Method (Cambridge Univ. Press, 2013). Dawid wrote that string theorists had started to follow the principles of Bayesian statistics, which estimates the likelihood of a certain prediction being true on the basis of prior knowledge, and later revises that estimate as more knowledge is acquired. But, Dawid notes, physicists have begun to use purely theoretical factors, such as the internal consistency of a theory or the absence of credible alternatives, to update estimates, instead of basing those revisions on actual data.

At the workshop, Gross, who has suggested that a lack of alternatives to string theory makes it more likely to be correct, sparred with Rovelli, who has worked for years on an alternative called loop quantum gravity. Rovelli flatly opposes the assumption that there are no viable alternatives. Ellis, meanwhile, rejects the idea that theoretical factors can improve odds. “My response to Bayesianism is: new evidence must be experimental evidence,” he says.

Others flagged up separate issues surrounding the use of Bayesian statistics to bolster string theory. Sabine Hossenfelder, a physicist at the Frankfurt Institute for Advanced Studies in Germany, said that the theory’s popularity may have contributed to the impression that it is the only game in town. But string theory probably gained momentum for sociological reasons, she said: young researchers may have turned to it because the job prospects are better than in a lesser-known field, for example.

Historian of science Helge Kragh of Aarhus University in Denmark drew on historical perspective. “Suggestions that we need ‘new methods of science’ have been made before, but attempts to replace empirical testability with some other criteria have always failed,” he said. But at least the problem is confined to just a few areas of physics, he added. “String theory and multiverse cosmology are but a very small part of what most physicists do.”

That is cold comfort to Rovelli, who stressed the need for a clear distinction between scientific theories that are well established by experiments and those that are speculative. “It’s very bad when people stop you in the street and say, ‘Did you know that the world is made of strings and that there are parallel worlds?’.”

At the end of the workshop, the feuding physicsts did not seem any closer to agreement. Dawid — who co-organized the event with Silk, Ellis and others — says that he does not expect people to change their positions in a fundamental way. But he hopes that exposure to other lines of reasoning might “result in slight rapprochement”. Ellis suggests that a more immersive format, such as a two-week summer school, might be more successful at producing a consensus.

This story originally gave the wrong affiliation for Sabine Hossenfelder, she is now at the Frankfurt Institute for Advanced Studies. The text has been updated to reflect this.