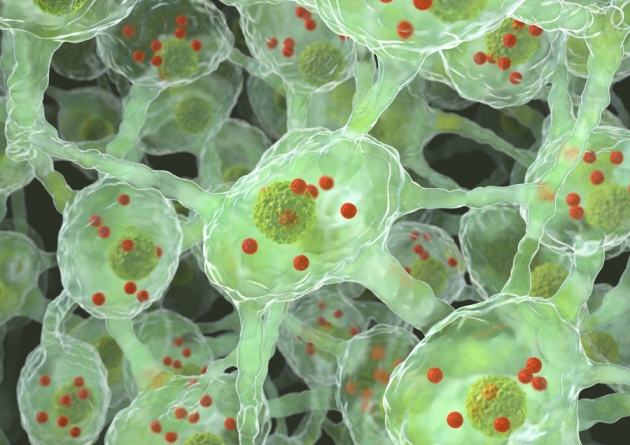 Defective brain neurons are responsible for the mobility problems seen in people with Parkinson’s disease.

A neurosurgery team will next month transplant cells from aborted human fetuses into the brain of a person with Parkinson’s disease. The operation breaks a decade-long international moratorium on the controversial therapy that was imposed after many patients failed to benefit and no one could work out why.

But the trial comes just as other sources of replacement cells derived from human stem cells are rapidly approaching the clinic. And this time, scientists want to make sure that things go better. So the teams involved in all the planned trials have formed a working group to standardize their research and clinical protocols in the hope that their results will be more easily interpretable.

People with Parkinson’s disease suffer from a degeneration of neurons that produce the neuro­transmitter dopamine, which is crucial for normal movement. This often leaves patients with severe mobility problems. Standard treatment includes the drug l-dopa, which replaces dopamine in the brain but can cause side effects. The cellular therapies aim to replace the missing neurons with dopamine-producing (dopaminergic) cells from fetal brains or with those derived from human stem cells.

The moratorium on replacement-therapy trials was introduced in 2003 because the early fetal-cell studies had produced varying results that were impossible to interpret.

“We want to avoid a repeat of this situation,” says neurologist Roger Barker at the University of Cambridge, UK, who helped to organize the working group’s inaugural meeting in London last month. The group, known as the Parkinson’s Disease Global Force, includes scientists from the European, US and Japanese teams about to embark on the trials. At the meeting, they pledged to share their knowledge and experiences.

The first human transplantation of fetal brain cells took place in 1987 at Lund University in Sweden, where the technique was pioneered. Surgical teams took immature fetal cells destined to become dopaminergic neurons from the midbrain of aborted fetuses and transplanted them into the striatum of patients’ brains, the area of greatest dopamine loss in Parkinson’s disease.

More than 100 patients worldwide received the therapy as part of clinical trials before the moratorium. “But centres used different procedures and protocols — it was impossible to work out why some patients did very well and others didn’t benefit at all,” says Barker.

In 2006, Barker, together with neuroscientist Anders Björklund at Lund University, set up a network to bring together the original seven teams that had performed the transplants, to assess all protocol details and patient data retrospectively.

The teams worked out that the procedure tended to be most effective in patients who were relatively young and whose disease was at an early stage. In addition, post-mortem analysis of patients’ brains showed that those who benefited most had at least 100,000 dopamine-producing cells of fetal origin integrated into their brains. Cells from at least three fetuses are needed to achieve these numbers, the neuroscientists concluded.

The retrospective analysis encouraged the European scientists, including Barker and Björklund, to launch a new trial, which is funded by the European Union, involving fetal dopaminergic-neuron transplants. Known as TRANSEURO, it will monitor disease progression in 150 patients in the United Kingdom, Sweden, France and Germany. The first patient is due for transplantation next month at Addenbrooke’s Hospital in Cambridge. In line with the retro­spective findings, the average age of trial participants at recruitment was 55, and their average disease duration just 4 years. None had displayed dyskinesias — uncontrolled muscle movements that can be a side effect of l-dopa treatment.

But stem-cell biology has advanced significantly since 2003, and dopaminergic neurons can now be derived from human embryonic stem cells and also from induced pluripotent stem cells — mature cells that have been rewound to an uncommitted stem-cell-like state and that can be coaxed to become a cell type of choice. These potential sources are more desirable than those derived from fetuses, because fetal cells are hard to come by and their biology varies.

Research is under way to ensure that the stem cells develop into the exact type of dopaminergic cell needed to treat Parkinson’s and that they become correctly integrated into recipients’ brains. But progress has been so fast that clinical trials are already on the horizon. A Japanese trial, using induced pluripotent stem cells, is planned to start in Kyoto within two years; and two trials using human embryonic stem cells are also planned, one to begin within three years in New York and the other in Europe within four to five years.

The Parkinson’s Disease Global Force hopes that its joint planning will make comparing outcomes easier. Members will share their protocols for deriving and grafting cells, as well as their clinical criteria for patient selection and follow-up.

They see the TRANSEURO trial as a pathfinder. “We don’t know yet which source of cell will turn out to be the best, but right now the fetal cell is the gold standard we need to match,” says neurologist Claire Henchcliffe from the Weill Cornell Medical Center in New York, who is coordinating the working group’s guidelines on patient assessment and trial design.

The stem-cell approaches have a long way to go before they can rival the promise of fetal cells, says Lund University stem-cell biologist Malin Parmar, a member of the European clinical-trial team. That is because the cells from fetal brains are already on the way to becoming mature dopaminergic cells. “The human body knows very well how to develop each cell type from the embryo,” she says. “We haven’t learnt all of these secrets yet, but we have learnt some major ones.”