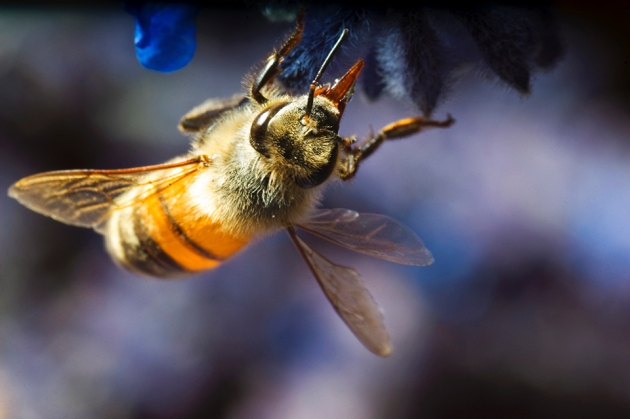 Concern about the impact of neonicotinoids on bees has been rising globally.

A UK government agency has used emergency rules to make controversial neonicotinoid insecticides available to some farmers, despite a European ban.

These chemicals have been linked to declines in bee populations in numerous scientific studies, and the European Union (EU) imposed a temporary ban on much of their use in 2013. But the UK’s Department for Environment, Food and Rural Affairs (DEFRA) has now said that some farmers should be able to use the insecticide under EU rules that permit the “emergency” use of banned chemicals to protect crops.

In a statement, the department said it had “fully applied the precautionary ban on the use of neonicotinoids introduced by the EU”. But it also said: “Based on the evidence, we have followed the advice of the UK Expert Committee on Pesticides and our Chief Scientist that a limited emergency authorization of two pesticides requested by farmers should be granted in areas where oil rape crops are at greatest risk of pest damage.”

The National Farmers Union (NFU) based in Warwickshire, UK, which applied for the authorization, says that it is needed to protect around 300 square kilometres of oilseed rape in England from damage by cabbage stem flea beetles. The union says that amounts to around 5% of the total oilseed rape crop in England.

The risk neonicotinoids pose to bees is disputed and the EU ban has been controversial. Manufacturers of the chemicals and some scientists say that the evidence that use can harm bees is limited, and that laboratory studies showing harm do not reflect the true situation in the field.

But researchers who worry about the chemicals say that there is now enough evidence — including from real-world trials — to say that use should be restricted. Earlier this year Nature published work by Maj Rundlöf, an ecologist at Lund University in Sweden, and her colleagues that showed wild-bee density in fields treated with neonicotinoids was around half the bee density in untreated, control fields1.

Lynn Dicks, a pollinator researcher at the University of Cambridge, UK, says that in light of Rundlöf and colleague’s work, “I find this [DEFRA] decision extraordinary”.

Based on that research, she says, “areas with 5% of the UK’s rape crop might expect to lose two-thirds of their wild bumblebee queens going into the winter of 2016/17 because of this decision”.

Christopher Connolly, who researches bee neuroscience at the University of Dundee, UK, says it is essential that the grounds for these exemptions are made clear.

“Certainly, there has not been any change in the balance of scientific evidence base to warrant the reintroduction of the neonicotinoids,” he told Nature. “Many laboratory studies have used higher doses than found in the environment and have therefore been criticised and discounted. However, there is no justification to ignore the laboratory (and semi-field) studies where field realistic doses have been found to be damaging to bees.”

Syngenta, an agrochemical company headquartered in Basel, Switzerland, welcomed the UK move in a statement.

“There are currently no alternative treatments available that deliver effective levels of control,” said the company. “Syngenta will now work with the NFU and partners to provide neonicotinoid treated seed in the UK based on the approved amounts.”

This article was updated 24 June with the addition of comments from Christopher Connolly and Syngenta.